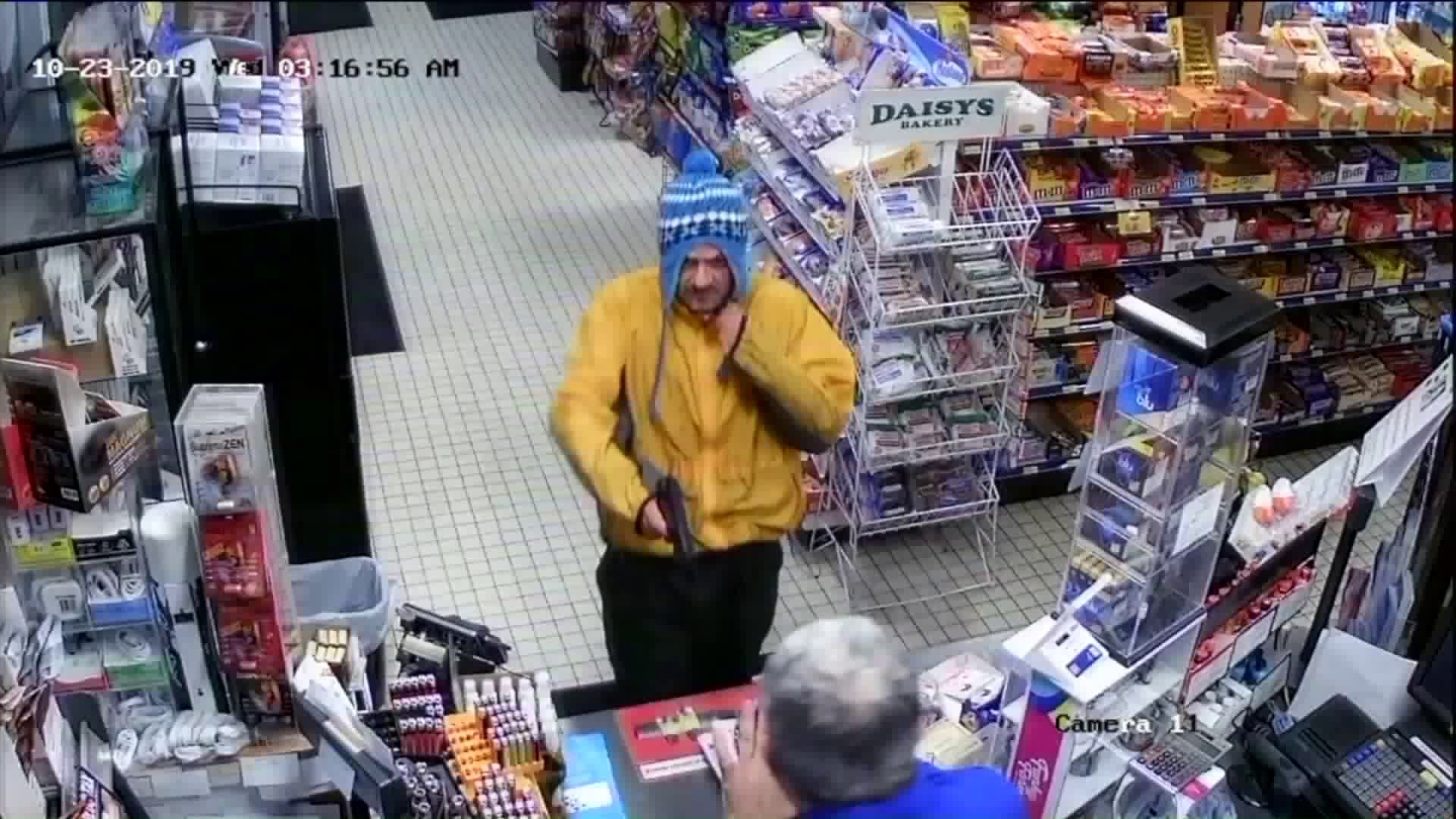 The first robbery happened on Tuesday, just after 10 p.m.

Police say they were called to the Exxon Cas Station at 318 Adams Street on the report of an armed robbery. The suspect reportedly had a gun, and fled the scene on foot after taking money.

According to police, the suspect was described as a white male, around 5 feet and 7 inches tall. He was wearing all black and the hooded sweatshirt may have had  "Central Connecticut State University" on the chest pocket.

The second armed robbery happened around 3:20 a.m. Wednesday at the Mobil Gas Station, located at 427 Hartford Road, according to police.

The third robbery happened around 5:20 a.m. at the Xtra Mart Gas Station at 95 Buckland Street.

As officers responded, they learned the suspect may have driven off from the scene in a dark-colored SUV, possibly an older model Ford Explorer with unknown registration.

Police believe this suspect is the same suspect from the Mobil Gas Station armed robbery a couple hours earlier.

The suspect was reportedly armed with a knife during this robbery.

Police are actively investigating the robberies.

They ask anyone with information on the identity of the suspects, or any other information regarding the robberies to please contact Sergeant Marc Hughs at 860-645-5541 or Manchester Police Department Investigative Services directly at 860-645-5510.