HARTFORD — In her own words, Hartford Police Officer Jill Kidik says, “I shouldn’t be here.” The 13 year veteran of the HPD force was brutally stabb... 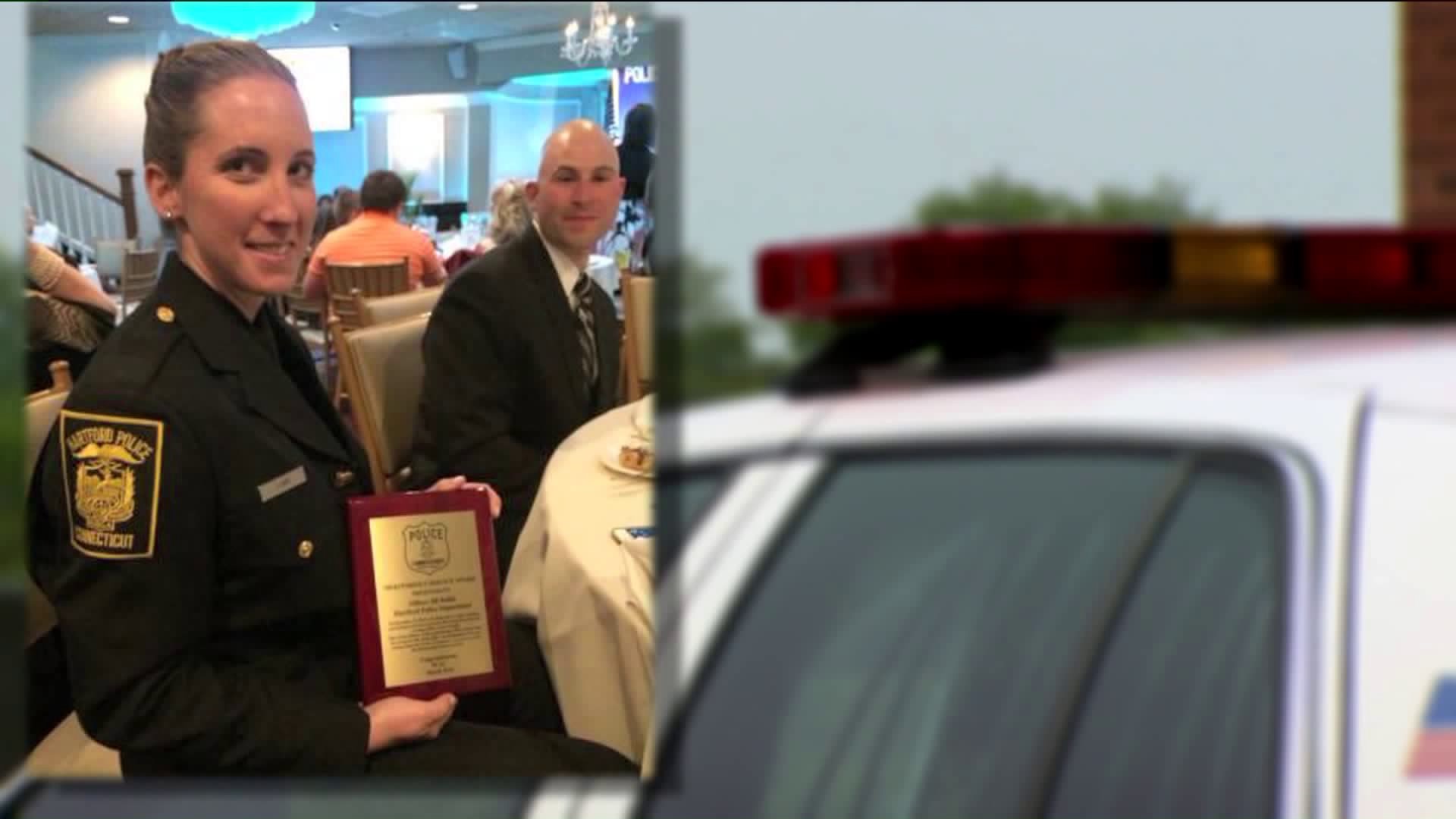 HARTFORD — In her own words, Hartford Police Officer Jill Kidik says, "I shouldn’t be here."

The 13 year veteran of the HPD force was brutally stabbed in the Spring of 2018 while responding to a tenant-landlord dispute at a downtown Hartford apartment building.

Kidik, was rushed to Hartford Hospital in critical condition -- two knife strikes to her neck had her struggling for survival.

There were months of rehabilitation and added surgeries to get Kidik back on her feet but just nine months after the knife attack, Kidik was back at work.

But, soon after being in the station house, Kidik said realities of the job she loves set in.

“There’s no full recovery for what’s happening inside my throat,” Kidik said. “There are so many limitations.”

Kidik knew she had to make a choice to leave the Hartford Police Department, and on November 1st, she turned in her badge but not before friends from the force stepped up to honor her.

Officially it’s called a 'Signing Off Ceremony' — a chance for fellow officers to send their departing colleague well-wishes over the radio.

Assistant Chief Rafael Medina said of Kidik, “her attitude, her work ethic, she was a staple of the HPD.” Lt. Paul Cicero added, “there are some people that leave a lasting effect here and her footprints will be at this department forever.”

For Kidik, promoted to detective last month, she will now follow a new beat away from police work.

“My husband and I are expecting a baby in April,” Kidik smiled. “This is the next chapter of my life and I couldn’t be more excited.”

Kidik continues to support the charity “Our Heroes Fund”, a non-profit that benefits first responders from across the region.

Click here to learn more about Our Heroes Fund.