MOOSUP — Police say 23-year-old Alec Ramsey was arrested twice in 24 hours following a domestic assault and then returning to the scene. On Wednesday, pol... 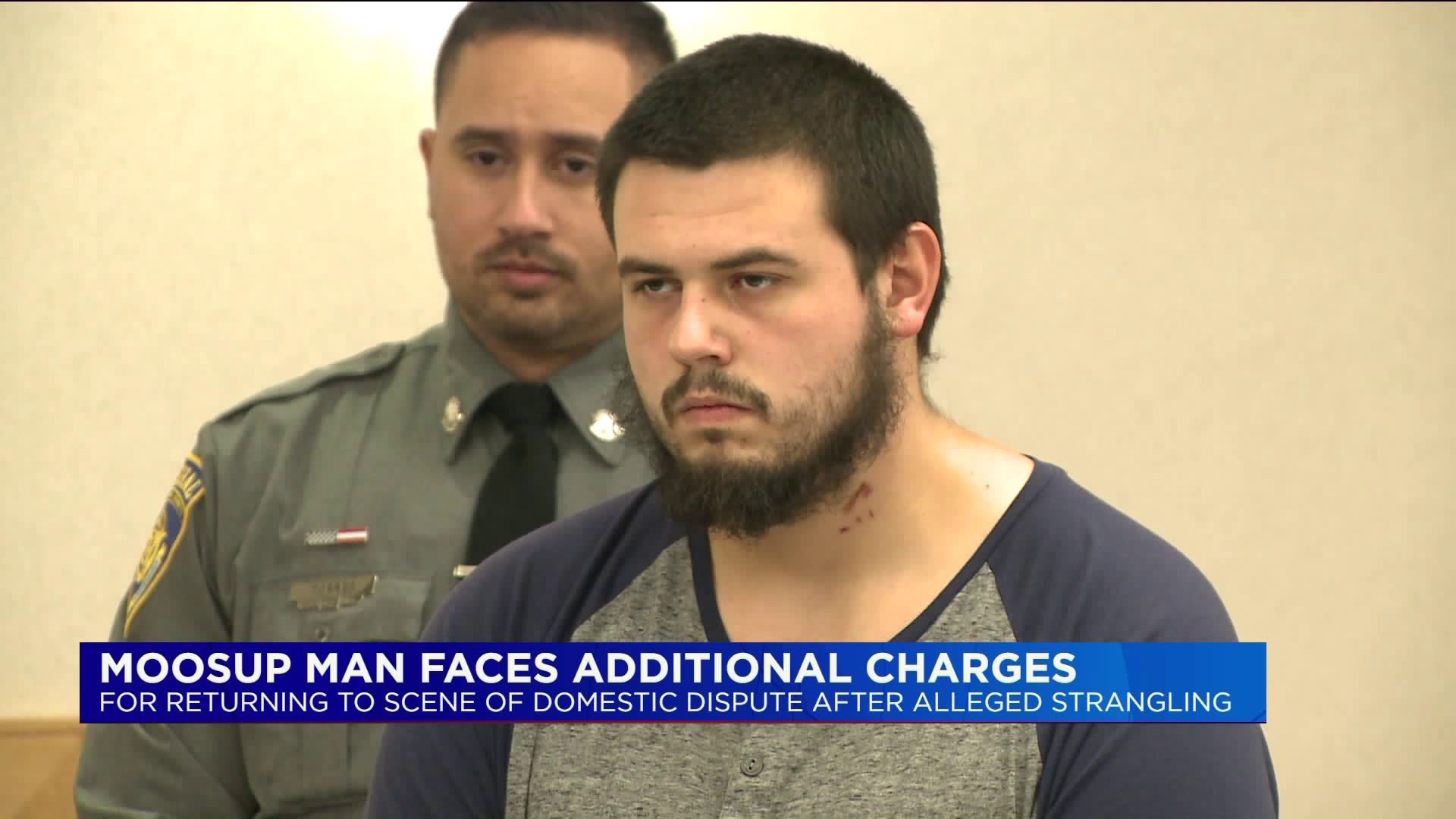 MOOSUP -- Police say 23-year-old Alec Ramsey was arrested twice in 24 hours following a domestic assault and then returning to the scene.

On Wednesday, police say they were called to a home in town around 9:15 a.m. by a third party, reporting a domestic dispute.

When the officer arrived, they spoke with the female victim who reported she was assaulted by Ramsey. According to police, Ramsey fled from the scene before officers arrived.

Ramsey was soon located at a Cumberland Farms in Moosup and placed under arrest.

Ramsey was initially charged with Disorderly Conduct, Assault 3rd, Strangulation 3rd, and Unlawful Restraint, and two counts of Risk of Injury to a Minor.

Police say Ramsey was initially held on a $20,000 bond, was taken to Backus Hospital due to a medical condition. He was released into hospital care on a $50,000 bond at the request of the States Attorney's Office.

The conditions of his release were set, and Ramsey was scheduled to appear at Danielson Superior Court on Friday.

However, on Thursday, police were called once more to the home of the initial incident by the victim. The victim reported that Ramsey returned to the area around her home.

Ramsey was located and once more placed under arrest, police say, and now faced charges of Breach of Peace 2nd, Stalking 3rd, Harassment 2nd, and Violation of Conditions of Release.

Police say Ramsey is currently being held at the Plainfield Police Department on a $100,000 bond, pending his arraignment Friday.