The annual competition celebrates the chubbiest brown bears in the Brooks River region of Katmai National Park and Preserve. 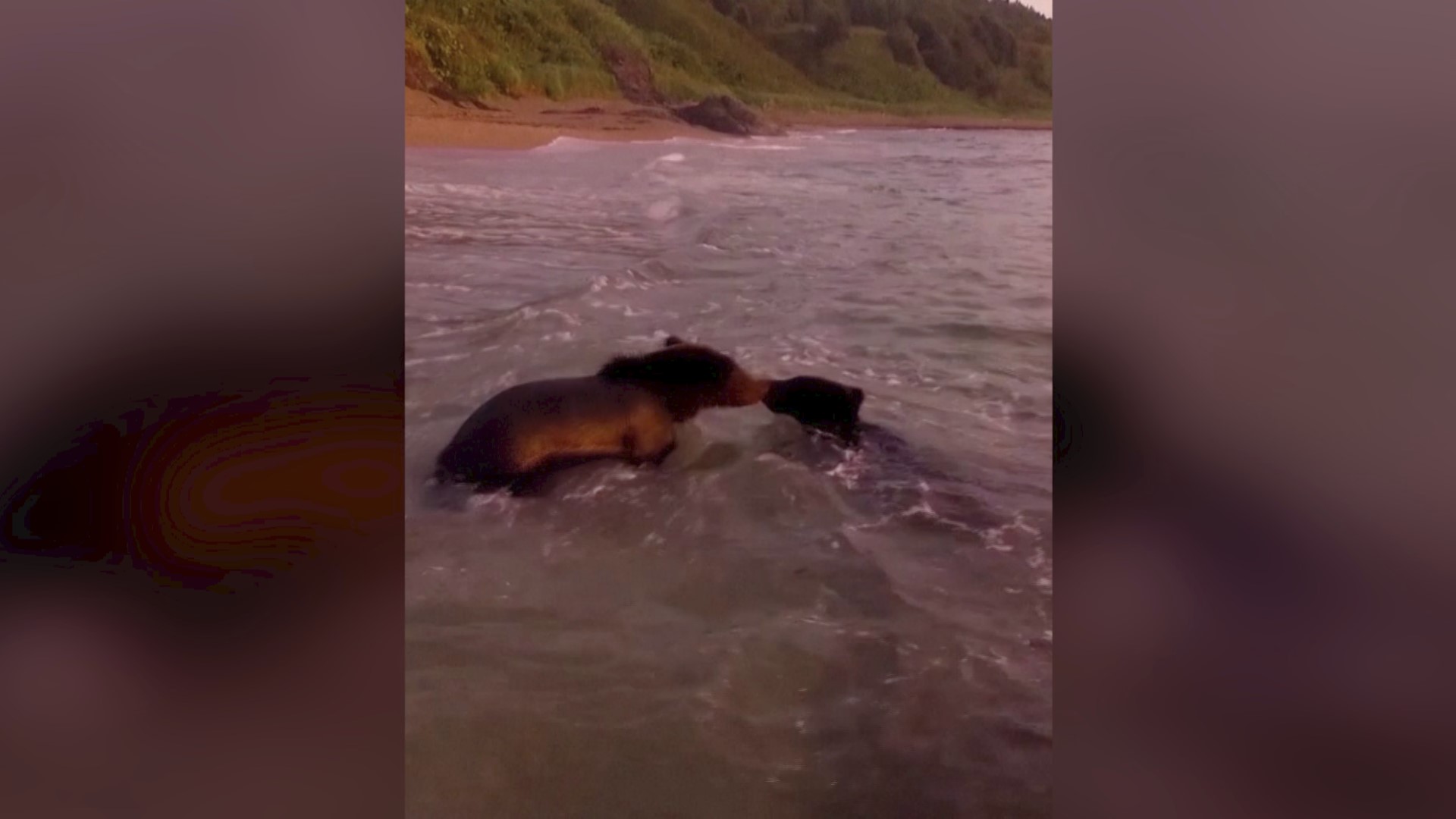 WASHINGTON — Editor's Note: The video above is from July 2020.

The annual competition celebrates the chubbiest brown bears in the Brooks River region of Katmai National Park and Preserve before they head off into hibernation. The contest comes complete with a bracket.

"747 fulfills the fate of the fat and fabulous as he heads off to hibernation," the live nature camera network Explore said on its website. You can watch the bears here.

And the winner of #FatBearWeek is 747! 🐻👑 The King of #Chonk! Thanks to everyone who voted & took a moment to learn about these fascinating animals @KatmaiNPS #Alaska pic.twitter.com/JneIDuv4GW

Last year, 435 Holly was named the champion and was defending her title.

Here's how to participate in #FatBearWeek: this is an elimination tournament to determine who will be crowned 2020's fattest bear on the Brooks River. For each pairing of bears, you will be given the opportunity to vote on our new #FatBearWeek website, https://t.co/bcJqAzVU3F pic.twitter.com/wCQTu4zUmM

"These brown bears’ power of packing on the pounds gets them through the winter and able to live to compete another year," the Katmai National Park statement said. "With or without the lasso of truth around us, our story remains the same: fat bears = healthy bears."

The National Park Service said that brown bears are the only type of bears to regularly inhabit Katmai National Park and Preserve. The bears in Alaska are some of the latest in the world and can weigh between 600 to 900 pounds.

Biologists at Katmai National Park keep records of the identifying characteristics of bears in the area every year, and each bear identified is assigned a unique identification number. Like 435 Holly. NPS said that bears are not tagged or collared but identified by their coat color, claw color, scars, body size and shape, ear size and shape, sex, facial features, and disposition.

The Fat Bear Week competition takes place just before the bears enter their dens in October and November to hibernate.

"In general, pregnant females and females with cubs enter dens earlier than single females and subadult bears," NPS said. "Adult males usually are the last to enter their dens and some bears can be active into December."