The Trump administration had previously filed briefs in support of the case brought by cisgender athletes who said they were being discriminated against. 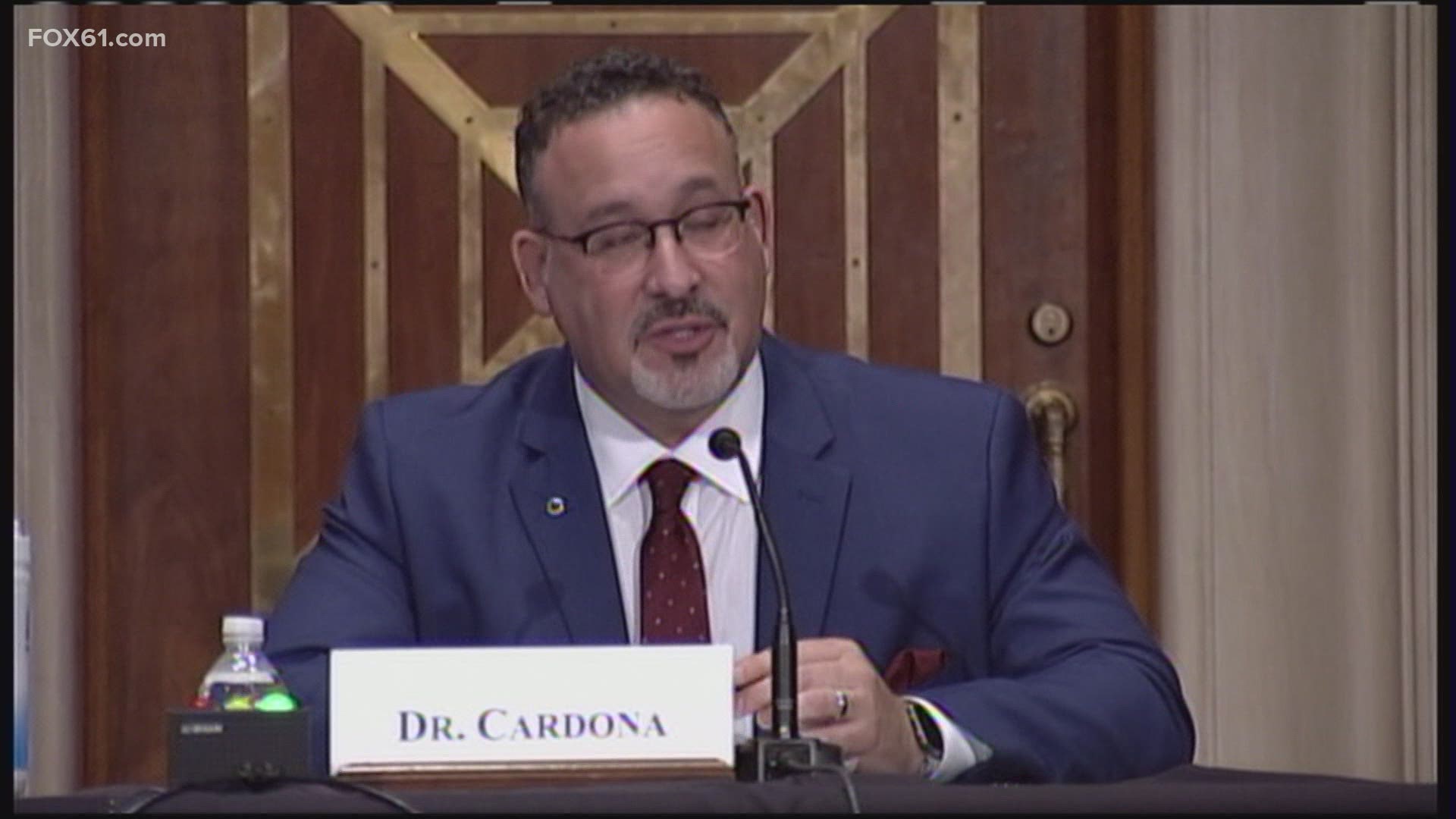 The Biden administration has withdrawn government support for a federal lawsuit in Connecticut that seeks to ban transgender athletes from participating in girls' high school sports.

Connecticut allows high school athletes to compete in sports according to their gender identity. The lawsuit was filed a year ago by several cisgender runners who argue they have been deprived of wins, state titles and athletic opportunities by being forced to compete against two transgender sprinters.

The Justice Department and the Education Department's Office for Civil Rights withdrew their support for the case ahead of a hearing scheduled for Friday on a motion to dismiss the lawsuit.

The Trump administration’s intervention in the case last year came as state legislatures around the country debated restricting transgender athletes’ participation to their gender assigned at birth. Seventeen states considered such legislation, and Idaho passed a law. The Republican-controlled Mississippi legislature overwhelmingly approved a similar bill earlier this month.

Supporters of restrictions on transgender athletes argue that transgender girls, because they were born male, are naturally stronger, faster and bigger than those born female.

Last March, then-Attorney General William Barr signed what is known as a statement of interest in the Connecticut lawsuit, arguing the state's policy runs afoul of Title IX, the federal law that allows girls equal educational opportunities, including in athletics.

RELATED: What are preferred gender pronouns and why are they being used more?

In a filing Tuesday, Connecticut U.S. Attorney John Durham and other department officials withdrew Barr's statement, saying, “The government has reconsidered the matter.”

The Connecticut Interscholastic Athletic Conference has said it is following a state law that requires all high school students be treated according to their gender identity.

The Education Department's Office for Civil Rights last spring and summer sent letters threatening to cut off some federal funding to Connecticut school districts that followed the policy.

On Tuesday, the office notified those involved that it was withdrawing those letters “as well as the underlying findings and determinations,” and does not wish to become a party in the lawsuit.

On his first day in office, President Joe Biden signed an executive order prohibiting discrimination based on gender identity in school sports and elsewhere. Former president Donald Trump had rolled back protections for transgender people while in office.

Dan Barrett, a lawyer for the American Civil Liberties Union of Connecticut, which represents the two transgender athletes in the lawsuit, said Tuesday's action represents “a hint that the government, the Department of Education, may now have a different view of Title IX.”

CIAC executive director Glenn Lungarini has said the organization’s transgender policy was formed with federal and state guidance and that multiple courts and federal agencies, including the Justice Department, had previously acknowledged that the term “sex” in Title IX is ambiguous.

“Transgender girls are girls and every woman and girl deserves protection against discrimination. Period,” he said in a statement.