'Lift Every Voice and Sing': The history of the Black national anthem

The song, first written as a poem after the slavery era, is getting increased interest amid worldwide calls for racial justice. 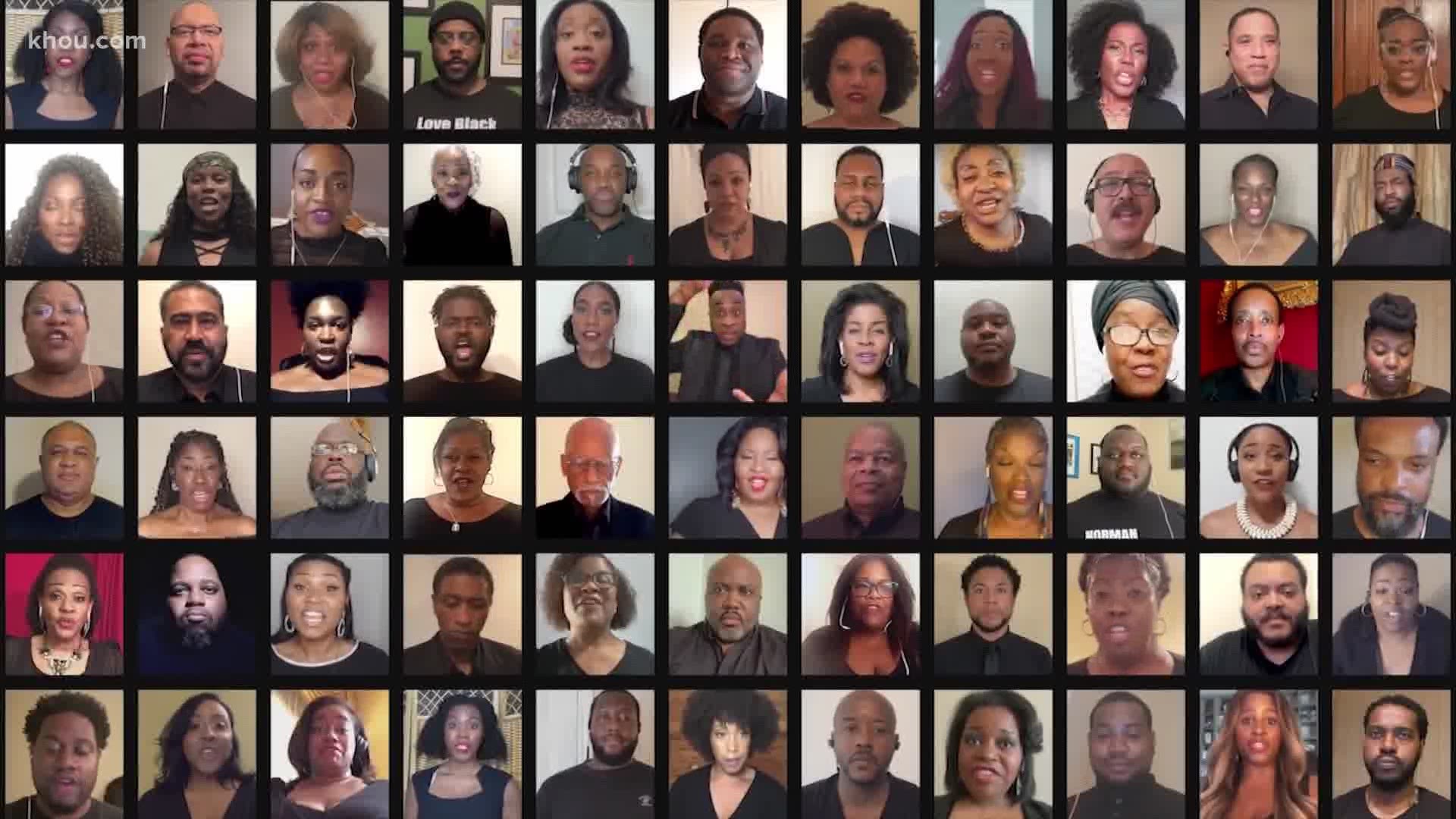 "Lift Every Voice and Sing," a song that has often been called the Black national anthem, has received increased interest as worldwide protests continue over police brutality and racial injustice.

According to the National Association for the Advancement of Colored People (NAACP), the song was originally written as a poem by James Weldon Johnson. NPR reports the poem was written when Jim Crow laws were replacing slavery and it became a rallying cry for Black communities, particularly in the South.

The first public performance of the song (which was also produced as "Lift Ev'ry Voice and Sing") was on Feb. 12, 1900, in Jacksonville, Florida, according to the NAACP. It was sung by 500 children at the Stanton School where James Weldon Johnson was principal. It became the official song of the NAACP in 1919.

The Jacksonville Children's Chorus annually performs a "Lift Every Voice and Sing" concert, joined by choirs from historically black colleges across the nation.

James Weldon Johnson spent 10 years as the executive secretary of the NAACP -- essentially its leader. He was the first African American to hold the position.

Listen to a rendition of "Lift Every Voice and Sing" in the video below. The lyrics are posted below the video.

Lift Every Voice and Sing lyrics

Stony the road we trod
Bitter the chastening rod
Felt in the days when hope unborn had died
Yet with a steady beat
Have not our weary feet
Come to the place for which our fathers sighed?
We have come over a way that with tears has been watered
We have come, treading our path through the blood of the slaughtered
Out from the gloomy past
'Til now we stand at last
Where the white gleam of our bright star is cast

God of our weary years
God of our silent tears
Thou who has brought us thus far on the way
Thou who has by Thy might
Led us into the light
Keep us forever in the path, we pray
Lest our feet stray from the places, our God, where we met Thee
Lest, our hearts drunk with the wine of the world, we forget Thee
Shadowed beneath Thy hand
May we forever stand
True to our God
True to our native land