As the COVID-19 pandemic subsides in the hard-hit Northeast, public health officials in the region are bracing for an outbreak of another mysterious virus: EEE. 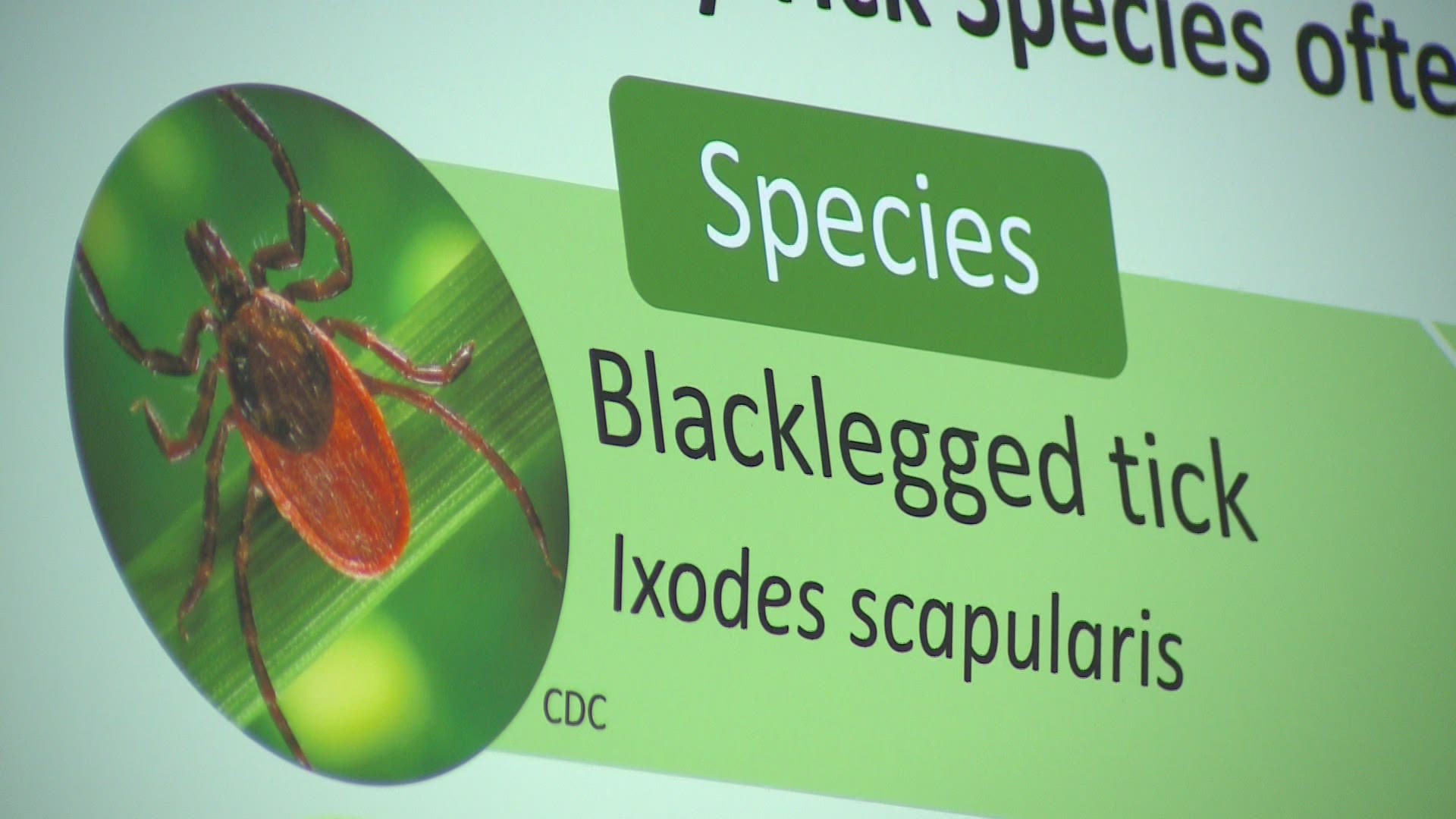 Sophia Garabedian had been dealing with a persistent fever and painful headache when her parents found her unresponsive in her bed one morning last fall.

Garabedian survived the potentially fatal virus after about a month in Boston hospitals, but her parents say her ordeal and ongoing recovery should be a warning as people take advantage of the outdoors this summer.

“It’s been a rough year,” said David Garabedian, her father. “With any brain injury, it’s hard to tell. The damage is there. How she works through it is anyone’s guess.”

As the coronavirus pandemic subsides for now in the hard-hit Northeast, public health officials in the region are warning about another potentially bad summer for EEE and other insect-borne illnesses.

There were 38 human cases and 15 deaths from the virus, with many of the cases in Massachusetts and Michigan, according to the Centers for Disease Control and Prevention. Most years, the country sees just half a dozen cases of the virus in humans, the agency said.

In Massachusetts and New Jersey, officials have already detected EEE in mosquitoes this year, the earliest on record in those states. There have been no human or animal cases yet.

RELATED: VERIFY: What you should know about mosquito-borne EEE virus

“It’s unnerving,” said Scott Crans, who heads up mosquito control efforts for the New Jersey Department of Environmental Protection. “It could signal a busy year.”

Crans and other state health officials say EEE, which has no cure in humans, tends to come in two- to three-year cycles, but they also stress that mosquito borne-diseases are notoriously tricky to predict.

A relatively mild winter may have benefited mosquito populations, but below-average rainfall could have also provided a welcome counterweight, he said.

Local health officials are also warning about the risk of contracting other insect-borne illnesses as more people are spending a longer time outdoors amid the coronavirus pandemic.

In Michigan, an invasive mosquito known to transmit dengue, Zika and other tropical viruses has already been detected for the first time this season, said Mary Grace Stobierski, the state’s public health veterinarian.

The state also had its first case of West Nile virus this season. A more common but less severe mosquito-borne disease than EEE, it can cause fevers, headaches, body pain and other symptoms. The infection was found in a captive hawk in early June.

Ticks are also expected to be out earlier and in larger numbers this season because of the relatively mild winter, warned Aaron Bernstein, a pediatrician at Boston Children’s Hospital and a director at Harvard’s School of Public Health.

That could mean more cases of debilitating Lyme disease and other tick-related illnesses for local health care systems already feeling the pressure of responding to the coronavirus, he said.

“Some of the people going into the woods more now might not be experienced with how to protect themselves in the forest, and that’s a concern,” he said.

Officials say people should avoid the evening and early morning hours when mosquitoes are most active, use bug spray and wear long clothing where possible when outdoors.

Officials in eight states and the District of Columbia have so far taken up the offer: Maryland, Ohio, North Carolina, South Carolina, Vermont, Maine, Florida and Arizona.

During last year's EEE outbreak, the CDC provided about $700,000 in emergency funding and technical assistance to Rhode Island, Indiana, Michigan, and Massachusetts on top of roughly $18 million it provided to states for annual vector-borne disease surveillance, Hoffmann said.

In Michigan, where six of that state's 10 cases of EEE last year proved fatal, officials this summer have launched a pilot program to improve the state’s response to mosquito-borne illnesses.

Ned Walker, a medical entomologist at Michigan State University heading up the effort, said the goal is to create the kind of regular mosquito surveillance system already in place in Massachusetts and elsewhere to better predict and prepare for disease outbreaks.

In Connecticut, officials have boosted the number of testing sites for mosquitoes in its high risk eastern portion, according to Philip Armstrong, a virologist with the state Department of Environmental Sciences.

In Massachusetts, which was the hardest hit by EEE last year, with 12 cases and 6 fatalities, officials have been testing earlier, more often and in a wider range of locations this year in order to quickly identify infection clusters, said State Epidemiologist Catherine Brown. A pilot effort is also testing the efficacy of different larvicides to help cull the mosquito population at its earliest stages, she said.

One troubling development: the two earliest cases of EEE in mosquitoes this year were found in a northern part of the state close to New Hampshire, rather than the virus' typical hotspots near Cape Cod, where officials also detected the virus in a mosquito sample last week.

That, along with last year's widespread cases, strongly suggests the territory of EEE-carrying mosquitoes is expanding, according to Brown. Climate changes that are causing warmer summers and altering bird migration patterns and local mosquito populations could be among the drivers, she said.

Brown disputes the group’s assertion, but acknowledges the insecticides can be toxic to bees and other species, another concern raised by the group. “Last year was unprecedented,” she said. “No one wants to do that again.”

Back in Sudbury, David and Kirstin Garabedian say they’re optimistic their daughter can continue to heal from EEE.

Now 6, she was able to return to kindergarten in January before the coronavirus pandemic shuttered schools weeks later. But her parents say she still regularly goes to speech and occupational therapy to deal with lingering speech and memory problems.

Kirstin Garabedian says she understands people want to take advantage of the outdoors this summer.

“Go outside and enjoy yourself, but take the proper precautions,” she said. “Just be vigilant. Use common sense.”