'This is real': Congressmembers urged to not sweep Capitol riot under rug

Democrats, including an emotional Rep. Rashida Tlaib, urged their colleagues to take seriously the rhetoric that led up to the Jan. 6 riot. 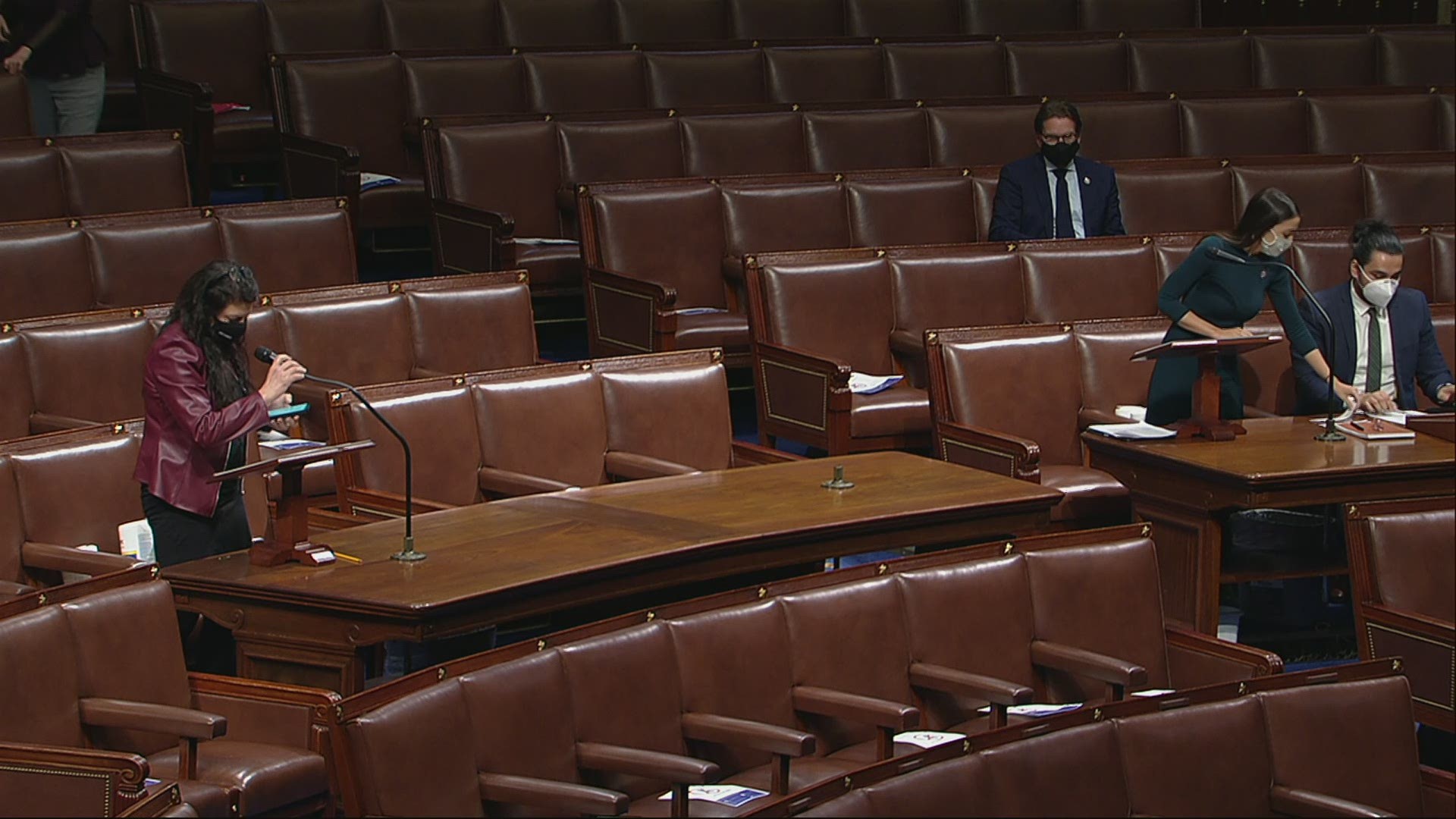 Lawmakers stood before the House late Thursday to tell their personal, often stunning accounts of the siege of the U.S. Capitol by a pro-Trump mob, preserving for the record their own memories of the most violent domestic attack on Congress in the nation’s history.

Rep. Alexandria Ocasio-Cortez, D-N.Y., led colleagues in the hourlong session days before the former president's impeachment trial, saying their stories need to be told at a time when some in Congress and the nation are trying to minimize the damage of Jan. 6 and “move on.”

“Sadly, this is all too often what we hear from survivors of trauma,” said Ocasio-Cortez, who was criticized by detractors this week after sharing her own harrowing story of hiding that day, fearing for her life.

She said, “Twenty-nine days ago, our nation’s Capitol was attacked. That is the big story. And in that big story lie thousands of individual accounts, just as valid and important as the other.”

One by one, the Democratic lawmakers — no Republicans participated — shared their remembrances: seeing the hundreds of rioters massing outside the Capitol and hearing the taunts, screams and glass breaking. And then “the feeling,” as Rep. Dean Phillips, D-Minn., put it, “of being trapped.”

Among the most emotional statements was that of Rep. Rashida Tlaib, D-Mich. Although she was not at the Capitol that day (she previously stated she suffered from side effects of the COVID-19 vaccine and stayed home), she broke into tears as she recounted how she has been the target of death threats since before she was first sworn-in in 2019 -- threats she says that have even targeted her young son.

Tlaib said she also feared for her colleagues.

"They are diverse. I have LGBTQ staff. I have a beautiful Muslima that wears her hijab proudly in the halls. I have Black women that are so proud to be here to serve their country. And I worry every day for their lives because of this rhetoric,"Tlaib said.

"This is real. And, you know, many of our residents from the shootings in Charlottesville to the massacre at the synagogue, all of it, all of it is led by hate rhetoric like this," she continued. "And so I urge my colleagues to please, please take what happened on January 6 seriously. It will lead to more deaths and we can do better. We must do better."

Phillips said that, as he heard the screams that day, he realized a pencil was about all he had for defense. He thought about moving over to the Republican side of the House chamber “so we could blend in.” He and others believed the rioters would “spare us if they simply mistook us for Republicans.”

Then, he said, he realized something — for his colleagues who are not white like he is, “blending in was not an option.”

The lawmakers had been tallying the Electoral College vote certifying Joe Biden's election victory when President Donald Trump, who had refused to concede, encouraged a rally crowd of supporters at the White House to head to the Capitol and “fight like hell” for him.

Five people died, including a protester, Ashli Babbitt, who was shot by police inside the Capitol, and U.S. Capitol Police Officer Brian Sicknick, who was mortally injured confronting the mob. Three other people died of medical emergencies.

Rep. Adriano Espaillat, D-N.Y., said that, as representatives in Congress, the attack against the Capitol was an attack on their constituents.

“We are their voices here,” he said. “We must not sweep this under the rug.”