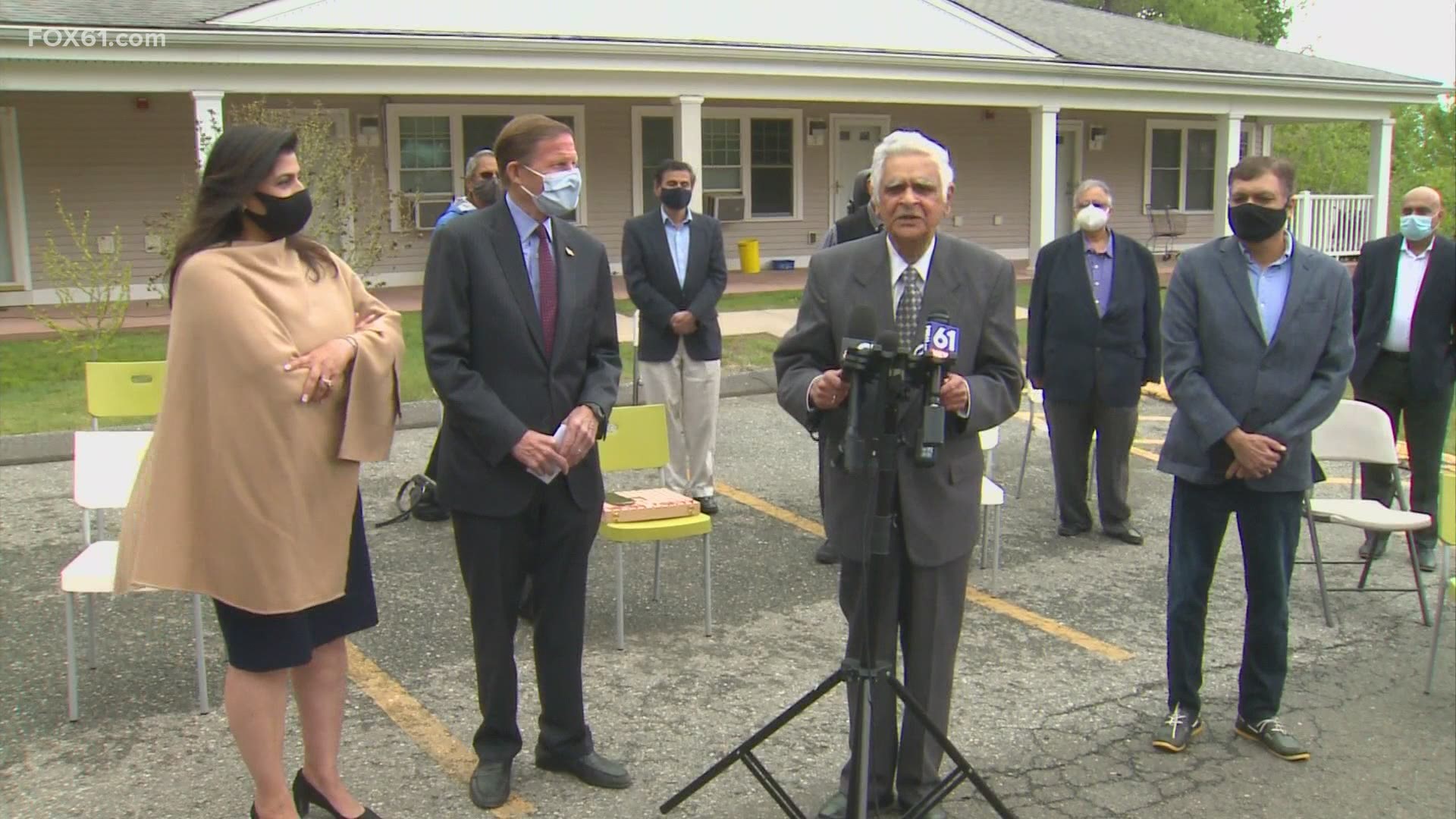 MIDDLETOWN, Conn. — Second, only to the United States in total COVID-19 cases, India is struggling to gain a grasp on their second wave of this pandemic. So, Connecticut's Indian American community made a plea Monday, with the assistance of Connecticut's senior U.S. Senator.

"They celebrated too soon," said attorney Rachna Khanna, an immigration lawyer, of her native country's response to the first wave to hit India.

She was among those gathered at the Connecticut Valley Hindu Temple Society in Middletown pleading for assistance for their native country.

"To date, we have worked with over 100 health facilities in 14 states in India," said Dr. Rashad Massoud, a senior vice president with Americares.

"India’s trade is vital to this country’s economy," Blumenthal said. "India is one of our most vibrant and vigorous trading partners."

Because India has four times the population and half of the landmass of the U.S., it's common for 20 people to live under one roof in India's larger cities, according to those gathered.

"My sister's hospital has 700 beds and 500 are occupied by COVID patients," said Dr. Surendre Chawla, a retired heart surgeon.

Dr. Thiru Muniraj, the Associate Chief for Endoscopy, for the Yale-New Haven Health System, is a native of India and says that country's healthcare system is overwhelmed and has likely already collapsed.

"I think it’ll take a long time for India to recover," said Muniraj. "I really think India should go on complete shutdown or lockdown for at least a few weeks."

India's over 22 million reported cases are second to the United States 32 million.