The 5.9 magnitude earthquake collapsed at least one coal mine in southwest Pakistan Thursday. 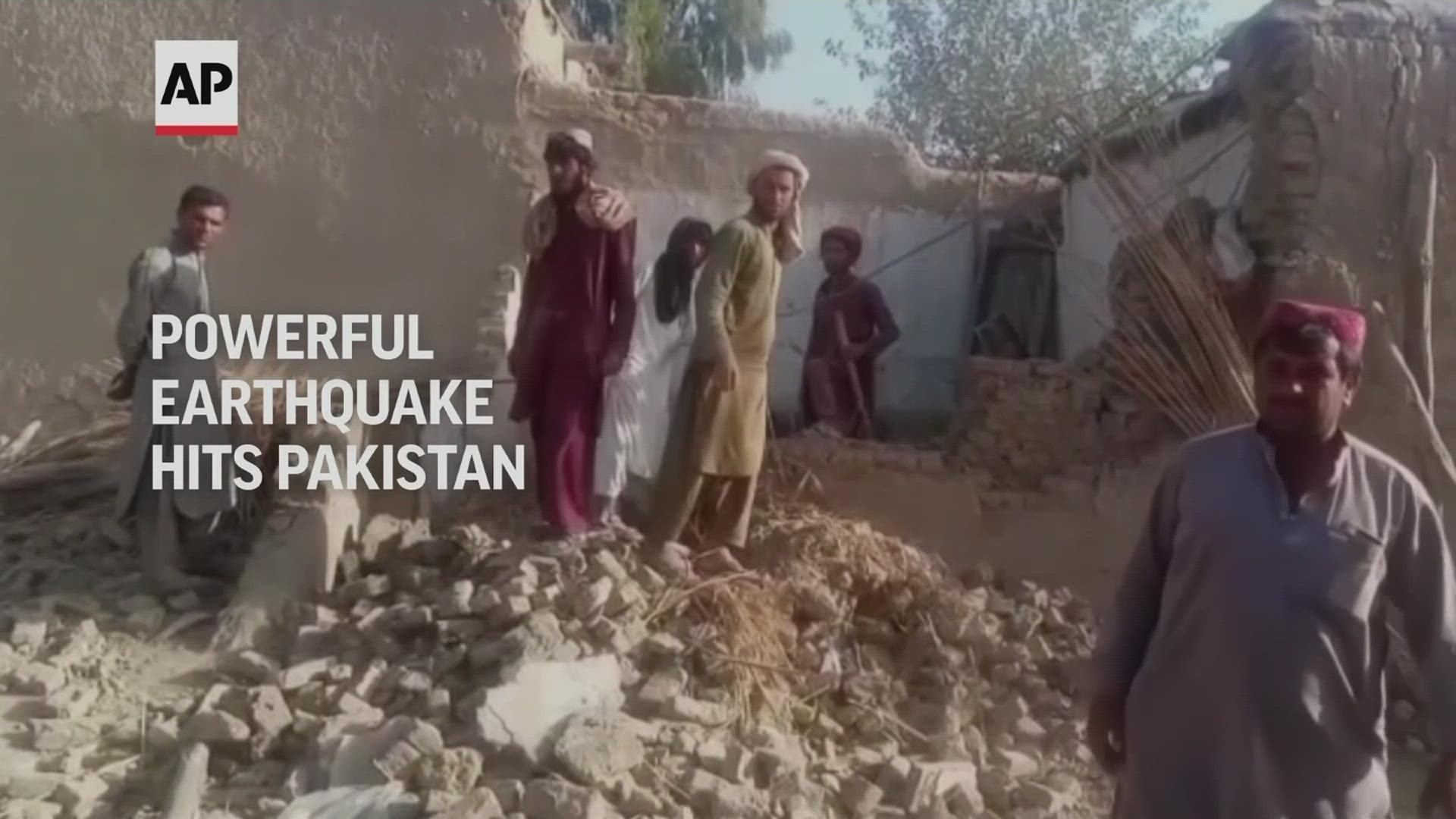 QUETTA, Pakistan — A powerful earthquake collapsed at least one coal mine and dozens of mud houses in southwest Pakistan early Thursday, killing at least 20 people and injuring more than 200, an official said.

The death toll was expected to rise even further as crews searched in the remote mountainous area, said Suhail Anwar Shaheen, the local deputy commissioner.

At least four of the dead were killed when the coal mine in which they were working collapsed, said Shaheen, citing coal miners in the area. As many as 100 homes also collapsed, burying sleeping residents inside.

The epicenter of the 5.9 magnitude quake was about 15 kilometers (9 miles) north-northeast of Harnai in Baluchistan province, according to the U.S. Geological Survey. The initial measurement of the quake’s strength was 5.7 magnitude. It struck about 9 kilometers (5.5 miles) below the Earth’s surface; shallower quakes tend to cause more damage.

The area, about 100 kilometers (60 miles) from Quetta, the provincial capital, is dotted with coal mines, which has Shaheen worried the death toll could rise. It struck in the early morning while scores of miners were already at work, he said.

Credit: AP
A family is seen inside their house following an earthquake in Harnai, about 100 kilometers (60 miles) east of Quetta, Pakistan, Thursday, Oct. 7, 2021. (AP Photo/Arshad Butt)

Pakistan's military was deployed to the earthquake area to airlift dozens of injured from mountain peaks. At least nine critically injured people were taken to the provincial hospital in Quetta. Search and rescue teams have arrived in the mountains, an army statement said.

Concern has grown about scores of coal miners who might be trapped. Homes lay in heaps of mud and straw. Residents of small mountain villages were seen wandering stunned among the rubble.

“Women, children, everyone, was running here and there,” said resident Ghulam Khan. “We were scared and we didn’t know what to do.”

Ambulances soon arrived to transport the injured to the hospital in Harnai.

“So far we have treated more than 200 casualties," said Manzoor Ahmed, medical superintendent of the Harnai district hospital. The small rural facility has been taxed to the limit, he said. As many as 15 bodies were brought there.

Most of the population in the area live in sunbaked mud houses, many of which collapsed. Rescue efforts were underway, but Shaheen said it would take hours just to reach many of the hardest-hit areas.

Witnesses in the area said residents were wrapped in blankets against the cold, sitting on the side of the road waiting for the aftershocks to subside and for help to arrive.

The area is remote and already the autumn nighttime temperatures are chilly.

Pakistan is a nation of 220 million people, 60 percent of whom live in the country's eastern Punjab province.