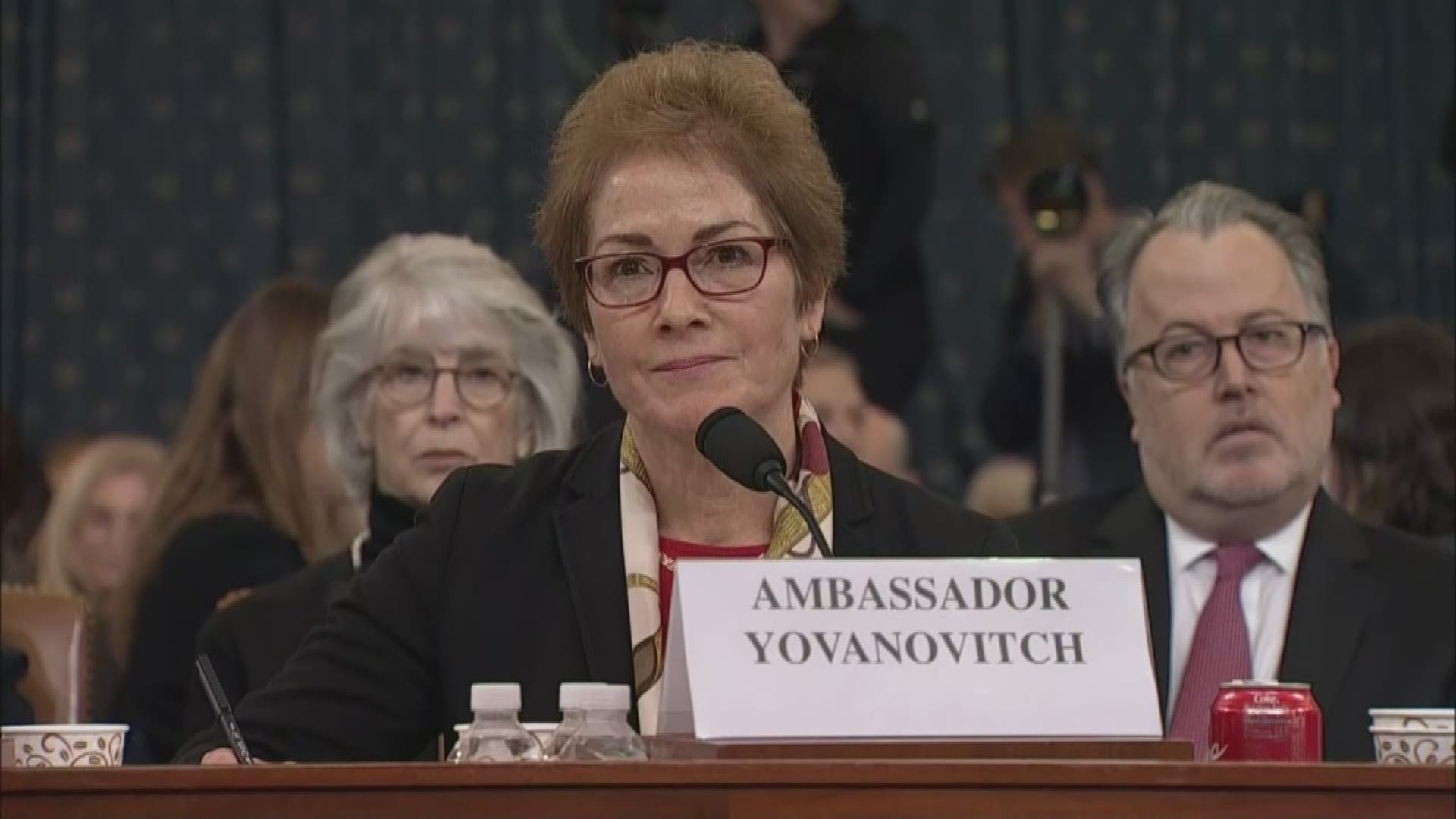 NEW YORK — (AP) — The former Ukraine ambassador who provided chilling testimony during the Trump impeachment hearings has a book deal.

Marie Yovanovitch has signed with Houghton Mifflin Harcourt, the publisher confirmed Friday to The Associated Press.

Yovanovitch told House investigators last year that Ukrainian officials had warned her in advance that Rudy Giuliani and other allies of President Donald Trump were planning to “do things, including to me” and were “looking to hurt” her.

Her book is currently untitled and is not expected to be out before this fall's election. The publisher has scheduled it for next spring.

RELATED: VERIFY: Superdelegates and how Democrats pick their presidential nominee

RELATED: US officials briefed Bernie Sanders on Russia trying to help his campaign