The charges against Harvey Weinstein were announced just as his trial in a separate New York case was about to get underway. 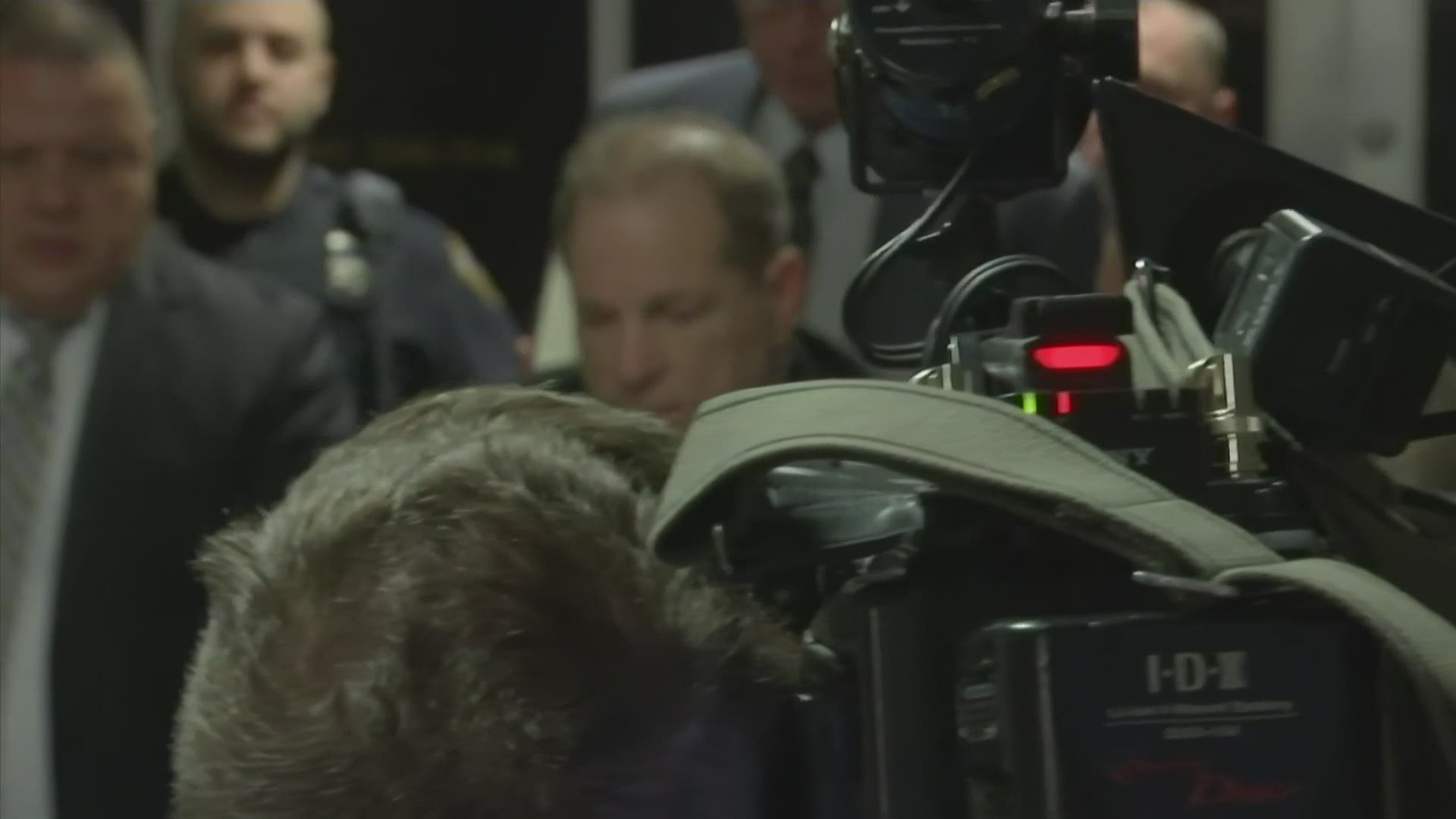 Prosecutors say Harvey Weinstein has been indicted on new sex crime charges in Los Angeles, just as his trial on separate rape and sexual assault charges in New York was poised to get underway.

The Los Angeles District Attorney announced Weinstein has been charged with raping one woman and sexually assaulting another in separate incidents over a two-day period in Feb. 2013.

"We believe the evidence will show that the defendant used his power and influence to gain access to his victims and then commit violent crimes against them,” District Attorney Lacey said in a statement. “I want to commend the victims who have come forward and bravely recounted what happened to them. It is my hope that all victims of sexual violence find strength and healing as they move forward.”

Before news of the indictment was announced, Weinstein was at a New York court where his lawyers and a judge handled the final preparations for a separate trial on charges of rape and sexual assault.

Jury selection is scheduled to start this week and the trial is expected to last about four weeks. The New York case had been the only criminal case coming out of the dozens of allegations against the former founder of The Weinstein Company. At least one Hollywood actress is expected to testify against Weinstein.

RELATED: Weinstein to stand trial on rape charges this week

The New York case will focus, in part, on a felony charge against Weinstein regarding an accusation that the Oscar-winning movie producer performed a forcible sex act on a woman in 2006 and in another case raped a different woman in a Manhattan hotel room years later in 2013.

Weinstein has pleaded not guilty to both charges and has maintained that any sexual activity was consensual, as the Associated Press points out. The felony predatory sexual assault charge carries a maximum sentence of life in prison, of which Weinstein faces four counts. He is also facing an additional count of criminal sexual act in the first degree, and one count each of first-degree rape and third-degree rape, NBC reports.