Paul Rusesabagina has asserted that his arrest was in response to his criticism of longtime Rwandan President Paul Kagame over alleged human rights abuses. 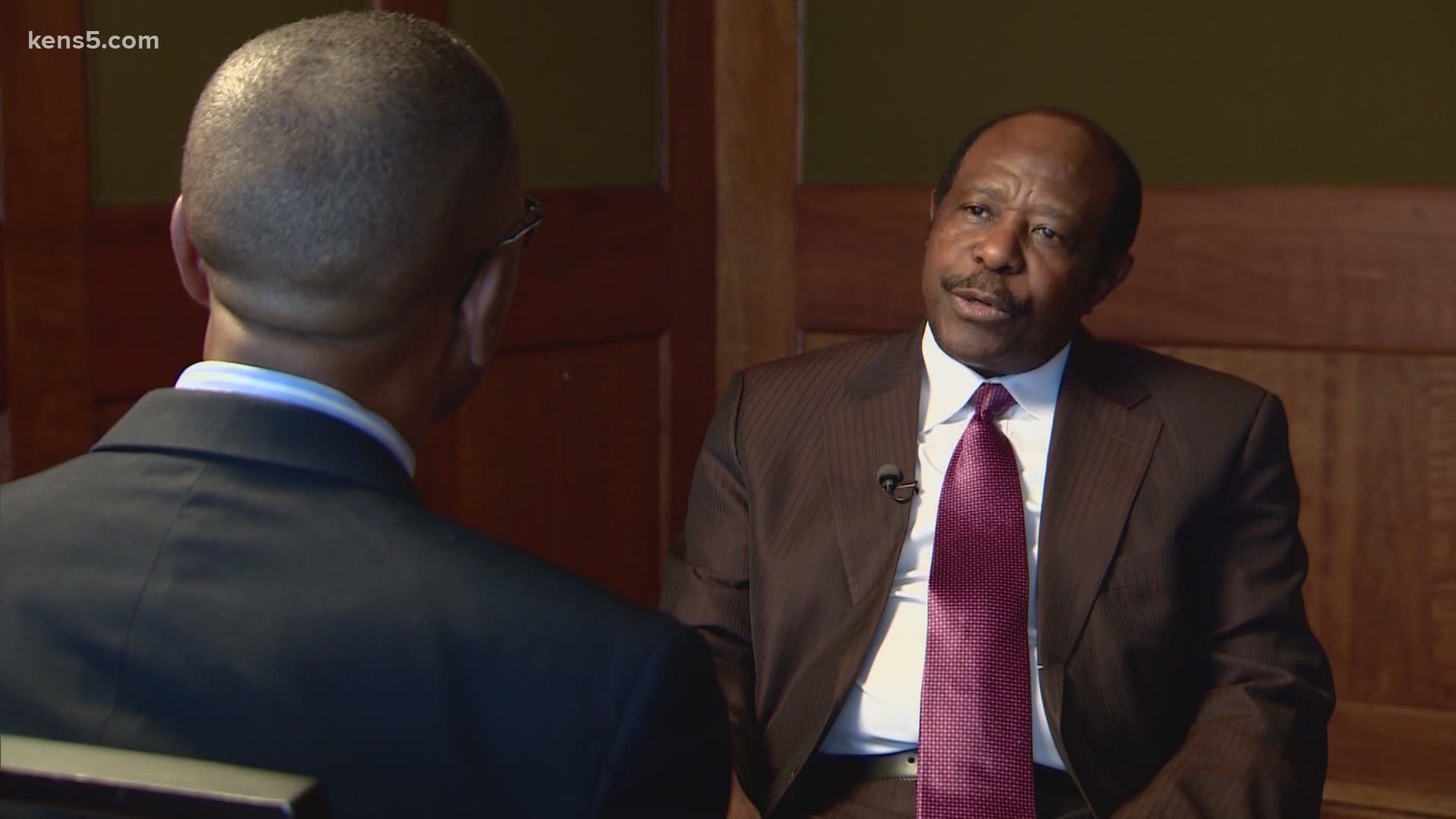 The man who inspired the film “Hotel Rwanda” for saving hundreds of his countrymen from genocide was convicted of terrorism offenses Monday and sentenced to 25 years at a trial that human rights watchdogs and other critics of Rwanda's repressive government have described as an act of retaliation.

Paul Rusesabagina, credited with sheltering ethnic Tutsis during Rwanda's 1994 genocide and a recipient of the U.S. Presidential Medal of Freedom, boycotted the announcement of the verdict after calling the trial a “sham.”

The U.S. resident and Belgian citizen was convicted on eight charges including membership in a terrorist group, murder and abduction. He was charged along with 20 other people.

The circumstances surrounding Rusesabagina’s arrest last year, his limited access to an independent legal team and his reported worsening health have drawn international concern for the 67-year-old who left Rwanda in 1996.

Rusesabagina, who remains in custody, has asserted that his arrest was in response to his criticism of longtime Rwandan President Paul Kagame over alleged human rights abuses. Kagame's government has repeatedly denied targeting dissenting voices with arrests and extrajudicial killings.

Monday's ruling comes more than a year after Rusesabagina disappeared during a visit to Dubai in the United Arab Emirates, and appeared days later in Rwanda in handcuffs, accused of supporting the armed wing of his opposition political platform, the Rwandan Movement for Democratic Change.

The armed group claimed some responsibility for attacks in 2018 and 2019 in southern Rwanda in which nine Rwandans died. Rusesabagina testified at trial that he helped to form the armed group to help refugees but said he never supported violence — and sought to distance himself from its deadly attacks.

Throughout, Rusesabagina has maintained that he is not guilty of the charges against him but said he didn't expect to get justice.

“We knew from the day he was kidnapped that the verdict would be ‘guilty’ on some or all of the false charges. We are happy that the charade of the trial is ending,” Rusesabagina’s family said in a statement.

A member of his legal team, Kate Gibson, added that “the only thing that has been surprising in watching this horror show unfold over the last year has been the brazenness and openness with which the Rwandan authorities have been willing to systematically violate all of the fair trial rights to which Paul was entitled.”

Government spokeswoman Yolande Makolo tweeted shortly after the sentencing that the evidence against Rusesabagina was “indisputable.”

Rusesabagina's family alleges he was kidnapped and taken to Rwanda against his will to stand trial. But the court ruled that he wasn't kidnapped when he was tricked into boarding a chartered flight. Rwanda’s government asserted that at the time he was going to Burundi to coordinate with armed groups based there and in Congo.

Rusesabagina said he was gagged and tortured before he was jailed, but Rwandan authorities denied that. His attorney, Felix Rudakemwa, has asserted that Rusesabagina’s legal papers were confiscated by prison authorities. His family has feared he might die from poor health behind bars.

Amnesty International criticized the proceedings, noting that Rusesabagina was initially denied the right to choose his own lawyer. It added that Kagame’s comments that “Rusesabagina had ‘done something terribly wrong, committed a crime,’ may have prejudiced the defendant’s right to be presumed innocent until proven guilty.”

U.S. State Department spokesman Ned Price said “the reported lack of fair trial guarantees calls into question the fairness of the verdict,” and he urged Rwanda's government to examine ”shortcomings" in the case, including Rusesabagina's reported lack of confidential, unimpeded access to his lawyers and case documents.

Belgium's foreign minister, Sophie Wilmes, said that “despite repeated appeals from Belgium, it must be concluded that Mr. Rusesabagina has not been given a fair and equitable trial.” She said Belgium remained in close contact with him.

Rusesabagina is credited with saving more than 1,000 people by sheltering them at the hotel he managed during the 1994 genocide in Rwanda in which more than 800,000 Tutsi and Hutus who tried to protect them were killed.