The 'Veep' star had her share of direct and subtle digs at President Donald Trump on the final night of the Democratic National Convention. 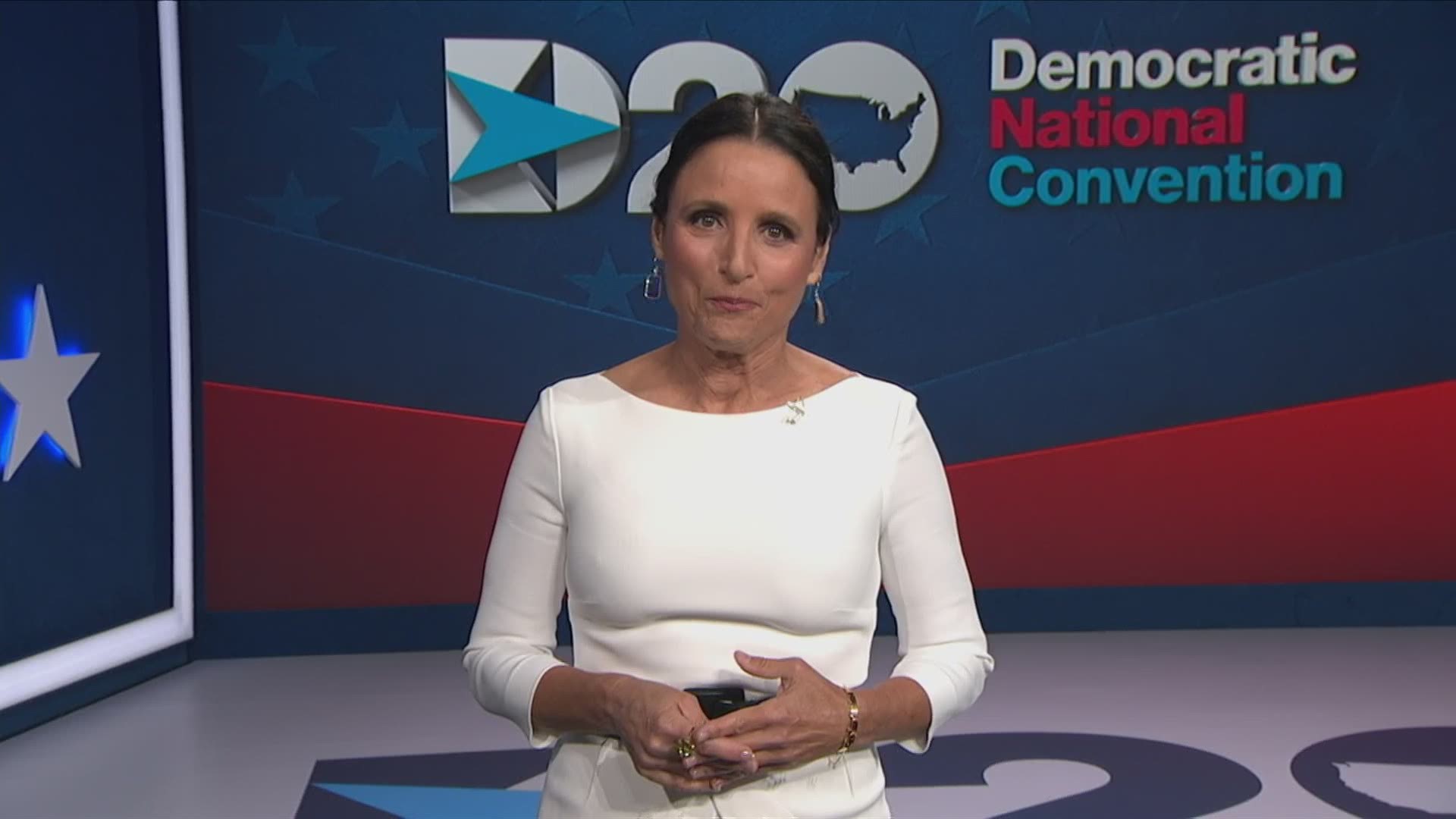 Award-winning "Veep" star Julia Louis Dreyfus brought the jokes to the final night of the Democratic National Convention, including both direct and subtle digs at President Donald Trump.

“I cannot wait to see her debate our current vice president, Mika Pints. Or is it Paints?” said actor Julia Louis-Dreyfus, referring to Vice President Mike Pence. After Yang suggested it was “Ponce,” Louis-Dreyfus responded, “Oh, some kind of weird foreign name.”

Louis-Dreyfus then shared a story about when she first met Democratic Presidential Nominee Joe Biden and was excited to be invited on the cover of a magazine. That is until she learned it was the Amtrak onboard magazine "Arrive" which she said "nobody ever reads even though it's free."

Louis-Dreyfus said Biden called her to say he loved the article and cover. She said that's one of the reasons she wanted to host.

"And to remind you Joe Biden not only knows how to read but also he reads everything," Louis-Dreyfus said.

RELATED: 'The best we can do': DNC viewers adjust to virtual format

She also said that the week had been going so well, a fifth night of the convention would be added consisting of Michelle Obama's Monday night speech on a loop.

Louis-Dreyfus reminded supporters to text "vote" to 30330 to get voting information from the campaign. She said one could remember it because "that's the year when Donald Trump will finally release his tax returns." Trump has been reluctant to release his returns as other presidents and candidates have in recent decades, fighting in court to keep the under wraps.

After the DNC aired a piece highlighting Biden's Catholic faith, Louis-Dreyfus took another dig at Trump.

"Joe Biden goes to church so regularly that he doesn't even need tear gas and a bunch of federalized troops to help him get there," she said.

In the early days of the nationwide protests following the death of George Floyd in Minneapolis, Trump took part in a photo op while holding a Bible outside historic St. John's Church near The White House. Minutes earlier, tear gas was used to clear peaceful protesters out of Lafayette Square, adjacent to the church, before Trump walked over.

Dreyfus later said she planned to follow the example set by Trump and vote by mail. Trump has railed against the prospect of states allowing mail-in voting, but has voted by mail in the past and requested a mail ballot in Florida, where he is registered.