Governor vows to protect Mount Rushmore as statues, monuments across US are torn down

"Not on my watch," South Dakota's Governor Kristi Noem tweeted when someone suggested blowing up the monument. 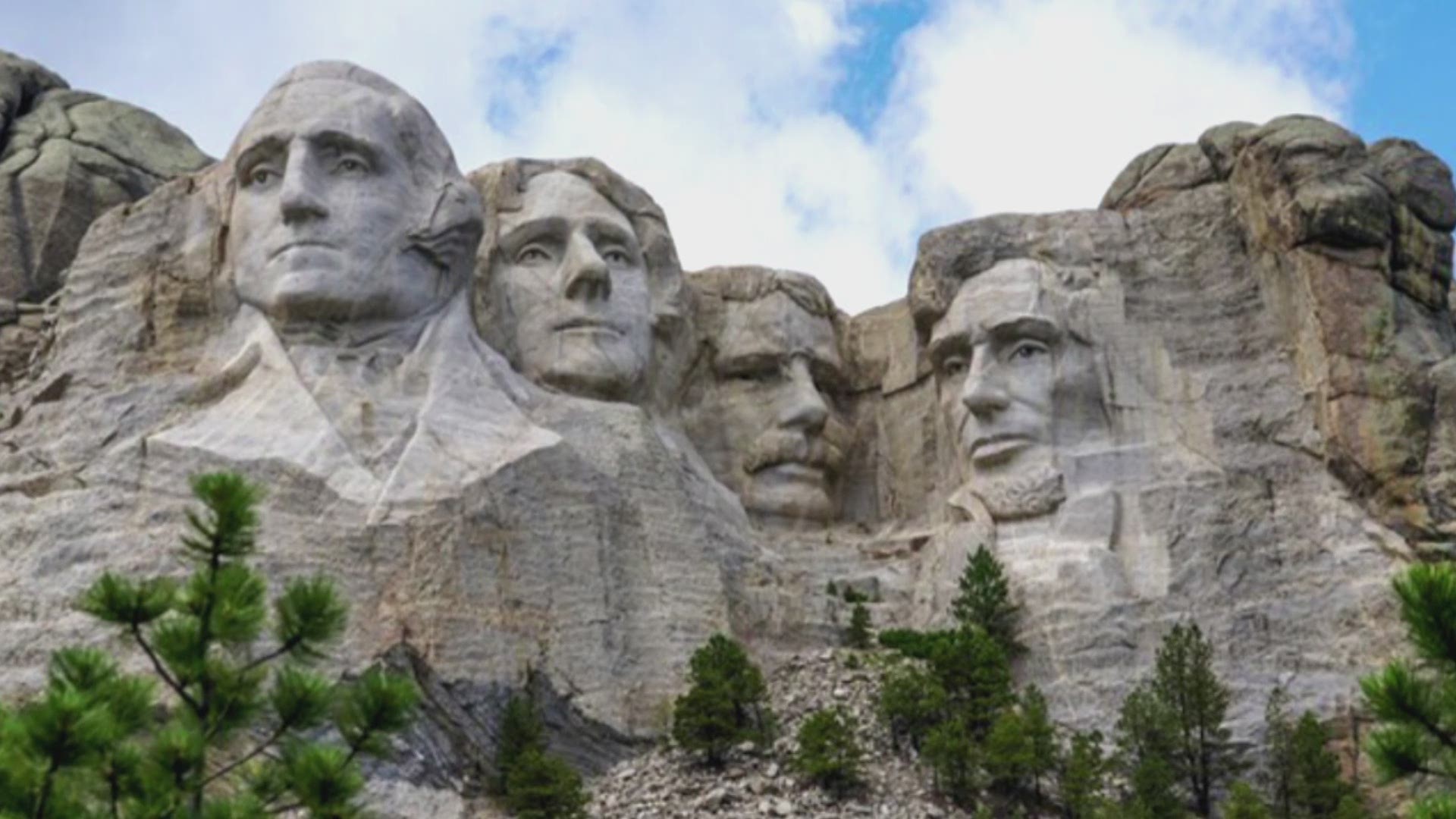 SOUTH DAKOTA, USA — South Dakota's Governor Kristi Noem promised on Tuesday to protect Mount Rushmore as protesters across the country tear down statues and monuments that have ties to racism.

The Republican governor responded to a Tweet by the author and podcast host Ben Shapiro that said, "So, when is our woke historical revisionist priesthood going to insist on blowing up Mount Rushmore?"

"Not on my watch," Noem replied. Mount Rushmore National Memorial is made up of the faces of George Washington, Thomas Jefferson, Theodore Roosevelt and Abraham Lincoln carved into the side of a mountain in the Black Hills of South Dakota.

The movement to pull down Confederate monuments around the U.S. in the wake of George Floyd’s death at the hands of police has extended to statues of slave traders, imperialists, conquerors and explorers around the world, including Christopher Columbus, Cecil Rhodes and Belgium’s King Leopold II.

Protesters tried to pull down a statue of President Andrew Jackson near the White House Monday night before being dispersed by police.

RELATED: Statues toppled, defaced throughout US in anti-racism protests

President Donald Trump on Tuesday tweeted that he has "authorized" the federal government to "arrest anyone who vandalizes or destroys any monument, statue or other such Federal property in the U.S."

Trump wrote that it would be punishable with up to 10 years through the Veterans Memorial Preservation Act. One part of the 2003 law states that whoever destroys or attempts to destroy a plaque, monument or statue "commemorating the service" of any persons in the armed forces will be fined and/or imprisoned for up to 10 years.

"This action is taken effective immediately, but may also be used retroactively for destruction or vandalism already caused. There will be no exceptions," the president tweeted.