NCAA Board of Governors chair expresses confidence in Emmert

The NCAA and Emmert have faced a torrent of criticism over the last two weeks over failing to provide equal amenities to the teams in the Division I tournaments. 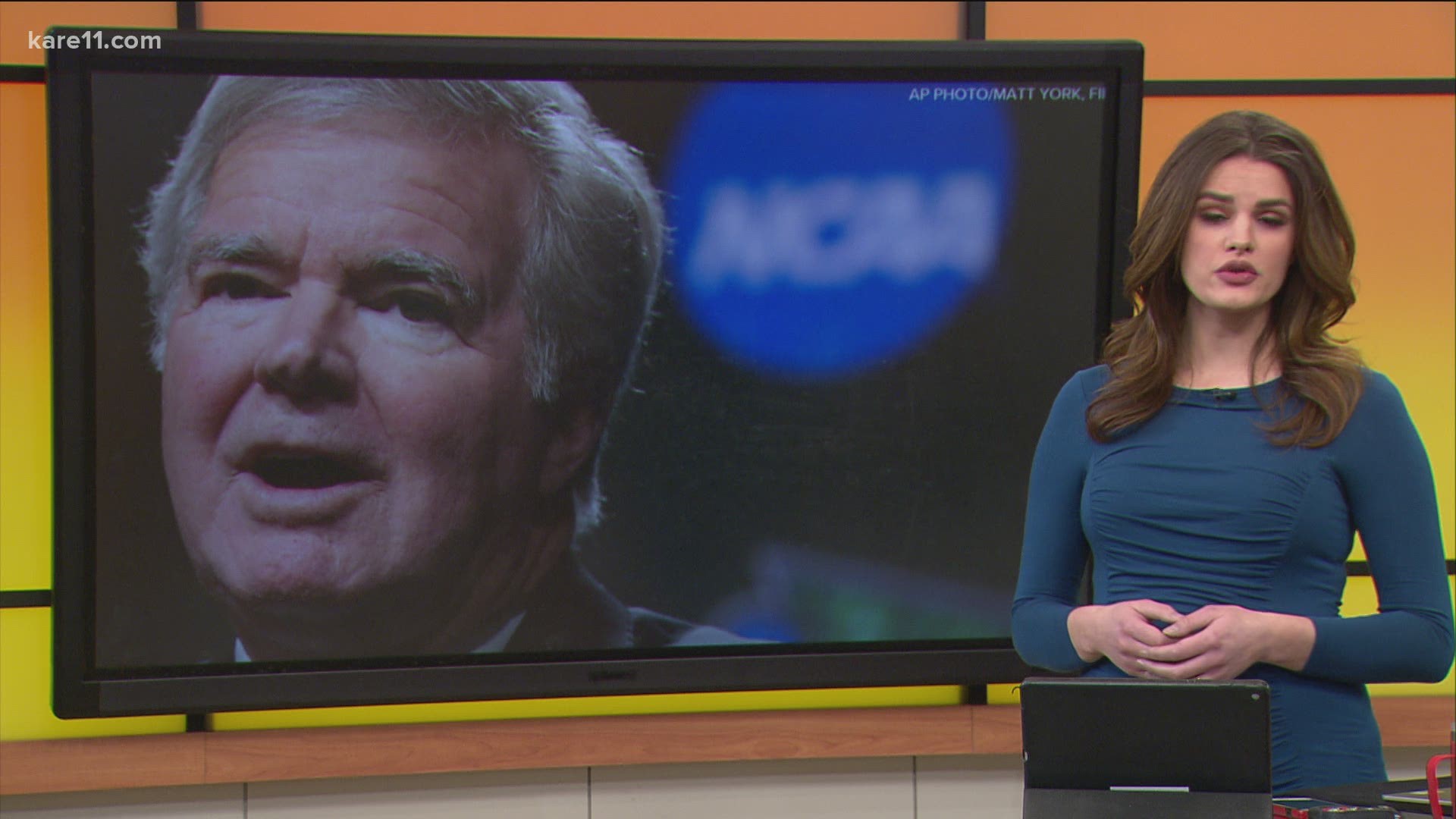 WASHINGTON — The chairman of the NCAA's Board of Governors gave President Mark Emmert a vote of confidence Saturday, saying the association’s top governing body was satisfied with how he has addressed inequities in the college basketball tournaments and with his leadership through a tumultuous 10 days.

Georgetown University President Jack DeGioia told The Associated Press the board met Friday, along with the Division I Board of Directors, to hear from Emmert and discuss issues that have in some ways overshadowed the women's games in San Antonio and men's tourney in Indianapolis.

“I think there’s a clear understanding that the NCAA fell short in San Antonio, but a recognition that the response has been commensurate with the challenge,” DeGioia said. “And now we’ve got important work in front of us that we will need to engage.”

DeGioia said Emmert made the decision earlier this week to hire a law firm to review potential gender equity issues related to how the NCAA conducts all its men’s and women’s championship events. The board approved Emmert's recommendation to retain Heckler Kaplan, DeGioia said.

“I think it would be fair to say that Mark took this very, very seriously and all of my conversations with him — we have had several over the last 10 days — at no point did I ever have the sense that he wasn’t engaging this with the greatest seriousness possible,” DeGioia said. “And I think the evidence of that was his move to bring in the Kaplan firm.”

The NCAA and Emmert have faced a torrent of criticism over the last two weeks over failing to provide equal amenities to the teams in the Division I tournaments.

Emmert told the AP on Friday that a lack of communication between staffs working on each event and a focus on COVID-19 protocols led to oversights and inequities. Further scrutiny on the way the NCAA runs the two tournaments has revealed vast differences in budgets and the way the events are branded and promoted.

Because of the pandemic, the NCAA took the unprecedented step of staging both basketball tournaments in single geographic locations this year.

The controversy comes as the NCAA is heading toward potentially landscape-changing events for college sports.

The Supreme Court will hear arguments in an antitrust case involving the NCAA next week. The NCAA is also trying to change its rules to allow athletes to earn money from third parties for things such as endorsements and personal appearances, but name, image and likeness reform has bogged down.

Dozens of states are forcing the issue with bills that will grant college athletes NIL rights as early as July. The NCAA is asking federal lawmakers for help, but none seem in a rush to bail out the association.

“We’ve been immersed in an incredibly changing and complex context for intercollegiate athletics,” DeGioia said.

Credit: AP
Villanova plays Winthrop in the second half of a first round game in the NCAA men's college basketball tournament at Farmers Coliseum in Indianapolis, Friday, March 19, 2021.

DeGioia said Emmert has been attentive to the need for reform while negotiating the complications of the NCAA's shared governance structure. The NCAA has over 1,100 member schools and three divisions that serve almost a half million college athletes.

Asked if Emmert's leadership has been up to the challenges the NCAA is facing, DeGioia said definitively: “Yes."

Emmert's contract runs through October 2023 and has an option for 2024. The 68-year-old former president of the University of Washington and chancellor at LSU is in his 11th year leading the NCAA.

“We’ve had a bunch of challenges to say the least, but there’s no doubt in my mind the NCAA is moving in a good direction despite all of this and as long as my board is supportive I want to keep doing this job," Emmert told AP on Friday.

DeGioia made clear the board is with Emmert.

“We have confidence in Mark’s continuing leadership of the NCAA,” he said.