North Korea often celebrates major state anniversaries by rolling out thousands of goose-stepping troops and its most advanced military hardware. 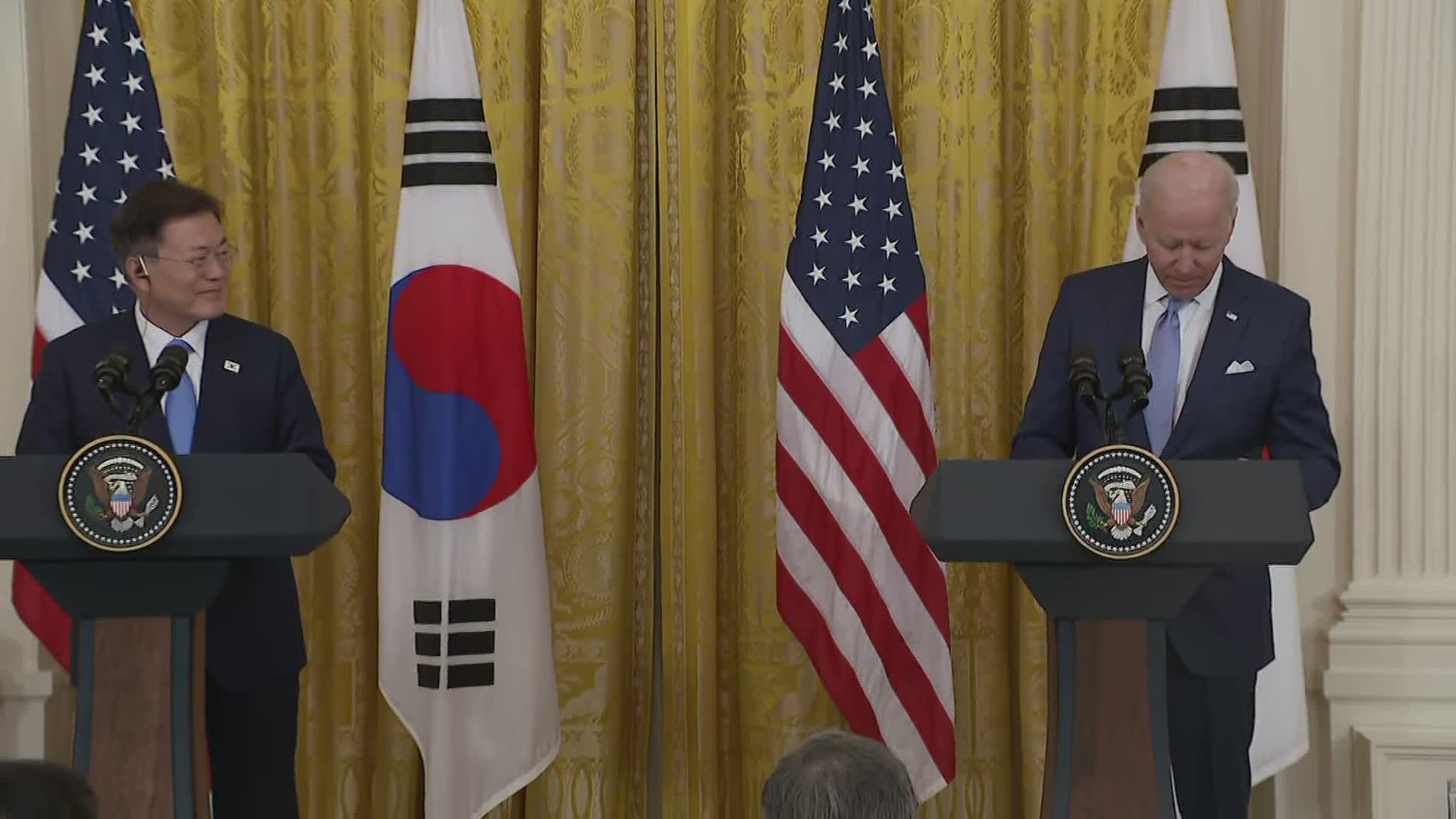 South Korea’s military on Tuesday was closely watching North Korea amid signs the country was preparing to hold a new military parade to showcase its growing nuclear and missile capabilities.

The South Korean and U.S. militaries were “thoroughly following and monitoring North Korean preparations for large-scale events such as a military parade in connection with the North’s internal schedule," said Col. Kim Jun-rak, a spokesman for South Korea’s Joint Chiefs of Staff. He didn't specify in the news conference what the allied militaries have seen or when they expect the parade to take place.

North Korea often celebrates major state anniversaries by rolling out thousands of goose-stepping troops and its most advanced military hardware at a square in the capital, Pyongyang.

During a military last parade in January, North Korea showcased new missiles being developed to be fired from submarines as it celebrated the closure of a rare Workers’ Party congress. There, leader Kim Jong Un vowed to expand his nuclear weapons program in the face of what he described as U.S. hostility.

Meanwhile, the Workers’ Party’s Politburo on Tuesday elected an army general, seen as an influential figure in shaping the country’s ballistic missile program, as the newest member of its powerful presidium, which consists of Kim and four other top officials, North Korean state media said.

Pak Jong Chon appears to be replacing Ri Pyong Chol, another senior military official who experts believe was sacked from the presidium after being held responsible for unspecified lapses in the country’s pandemic response.

Kim in July had accused officials of causing a “great crisis” in national anti-virus efforts, but the North never revealed what those problems were and has yet to report a single coronavirus infection.

Last October, the North unveiled its biggest-yet intercontinental ballistic missile at a parade marking the party’s 75th anniversary. The North’s previous ICBMs demonstrated the potential to reach the U.S. mainland during flight tests in 2017.

Any new North Korean parade will likely feature its latest weapons systems that threaten U.S. allies in Asia and the American homeland, and such displays would be seen as an attempt to pressure Washington over the stalled nuclear diplomacy.

Washington and Pyongyang have yet to recover from the collapse of a summit between Kim and former President Donald Trump in 2019, when the Americans rejected the North’s demand for a major easing of economic sanctions in exchange for a partial reduction of its nuclear capabilities.

Kim has since pledged to bolster his country’s nuclear deterrent and has so far rejected the Biden administration’s overtures for talks, demanding that Washington abandon its “hostile” policies first.

Kim’s powerful sister and other North Korean senior officials issued statements last month berating the U.S. and South Korea for continuing their combined military exercises, which the North insists are invasion rehearsals, and threatened unspecified countermeasures that would leave the allies facing a “security crisis.” The allies say the drills are defensive in nature but have canceled or downsized them in recent years to create space for diplomacy or in response to COVID-19.