Experts say hurricanes can wreck the entire energy infrastructure, with the aggregate damage challenging to overcome. 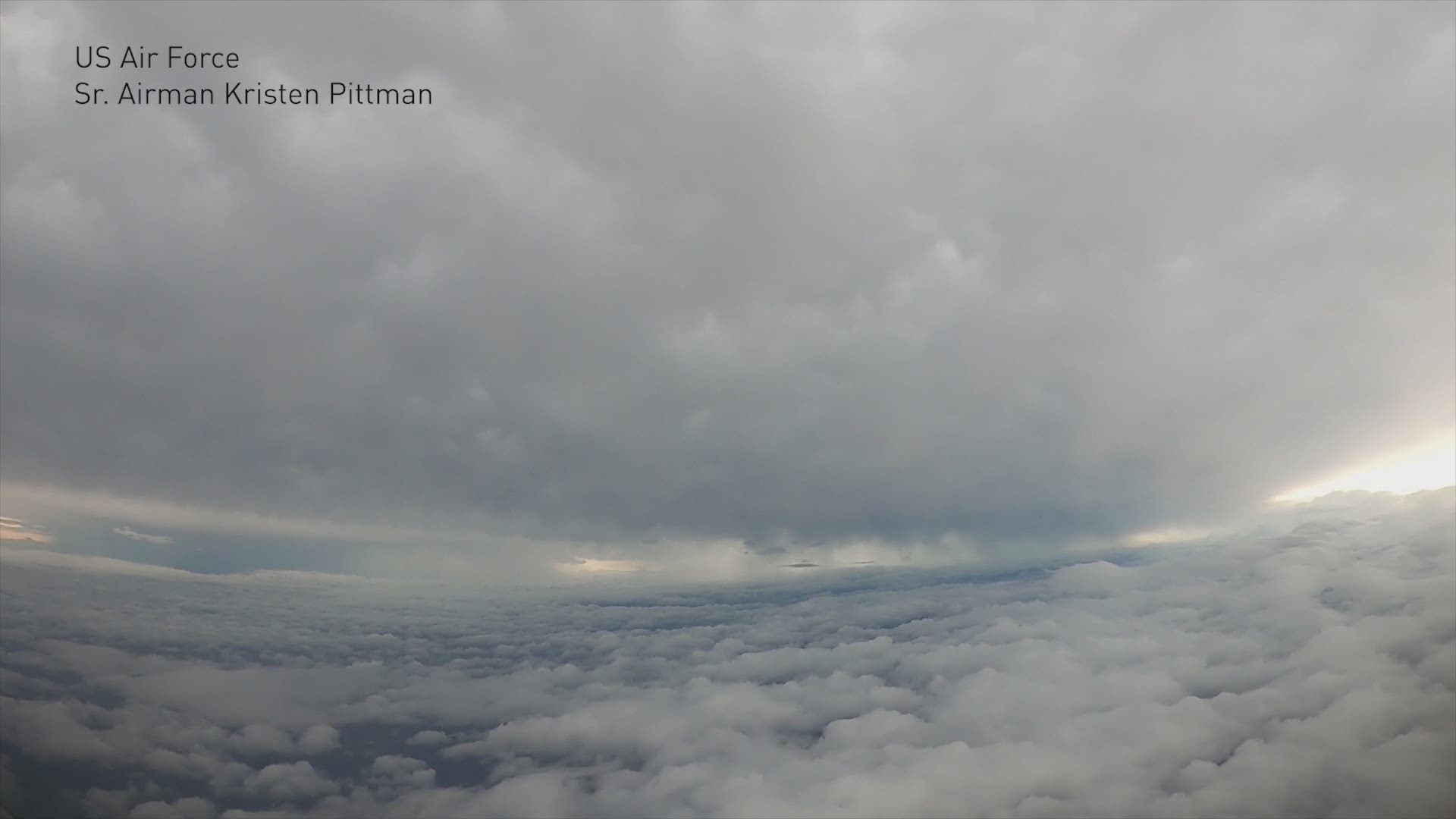 NEW YORK — The energy industry braced for catastrophic storm surges and winds as Hurricane Laura cut a dangerous path across the coastlines of Texas and Louisiana, making landfall early Thursday.

Oil and gas producers evacuated platforms and rigs in the Gulf of Mexico and companies shut down refineries in the storm's path. Many had already done so while preparing for Tropical Storm Marco. Utilities face downed power lines and blackouts.

“These hurricanes, they can attack the entire energy infrastructure," said Jim Burkhard, head of IHS Markit research for crude oil markets. “And it’s not just a refinery being shut down, but if a pipeline gets shut down, or the electrical grid gets damaged, it shows how integrated all these systems are: pipelines, refineries, electricity. And it’s that aggregate damage that can be so challenging to overcome.”

The oil industry has been hammered since the start of the year, struggling with low prices after the coronavirus decimated demand. At the same time, OPEC was flooding the market with crude, aiming — with success — to put American oil producers out of business.

RELATED: Tropical East Pacific to erupt with activity this week

The National Hurricane Center said the storm made landfall at 1 a.m. CDT on Thursday near Cameron, a 400-person community about 30 miles (48 kilometers) east of the Texas border. It had maximum sustained winds of 150 mph (240 kph), making it the most powerful hurricane to strike the U.S. so far this year.

Experts say it’s unlikely that the U.S. will suffer from major oil or gasoline shortages due to the hurricane, as other regions fill in the gaps or turn to stored oil. But with high summer demand, there could be some disruptions.

Credit: AP
A refinery is seen along the water, Wednesday, Aug. 26, 2020, in Port Arthur, Texas. The energy industry is bracing for catastrophic storm surges and winds as Hurricane Laura cuts a dangerous path toward the coastlines of Texas and Louisiana.(AP Photo/Eric Gay)

“Inventories have been getting tighter through the summer,” said Peter McNally, global sector lead at Third Bridge, an investment research firm. “There is a buffer, but we still have a couple weeks left in the summer of higher demand, so we could see the surplus come off pretty quickly.”

“Risk level is high,” said Stewart Glickman, energy equity analyst at CFRA, in an email. “Platforms out in the Gulf can be damaged, the refineries (mostly in low-lying land) can be flooded, especially if a storm lingers around for days like Hurricane Harvey did in 2017.”

While some oil production is temporarily suspended, experts say it’s unlikely to cause problems for supply in the U.S. There has been a surplus of oil production this year, and demand for fuel is still well below pre-pandemic levels. Producers outside the region can pick up the slack.

Refineries built in hurricane regions may have reinforced their facilities after prior hurricanes, but it’s likely that there will be disruptions to some major refineries, Burkhard said.

In 2017, Hurricane Harvey stalled over Houston, dumping so much rain that flooding knocked out nearly a quarter of the nation’s refining capacity. That led to gasoline shortages, panic buying and long lines at service stations throughout Texas.

“Certainly for the local area that gets hit, it’s going to be disruption on all businesses, including gasoline sales,” Burkhard said. “Will this be as disruptive as Harvey? I don’t think we know yet, but Harvey was so damaging just because it lingered for so long, so let’s just hope this one doesn’t linger as long with severe flooding.”

Business Writer David Koenig contributed to this report from Dallas.

RELATED: Hundreds of thousands flee US coast ahead of Hurricane Laura

RELATED: Tropical Storm Marco collapses, sets stage for Laura to hit US as a hurricane