After the operation in Syria, President Trump had posted a photoshopped image on Twitter of him presenting Conan with a Medal of Honor. 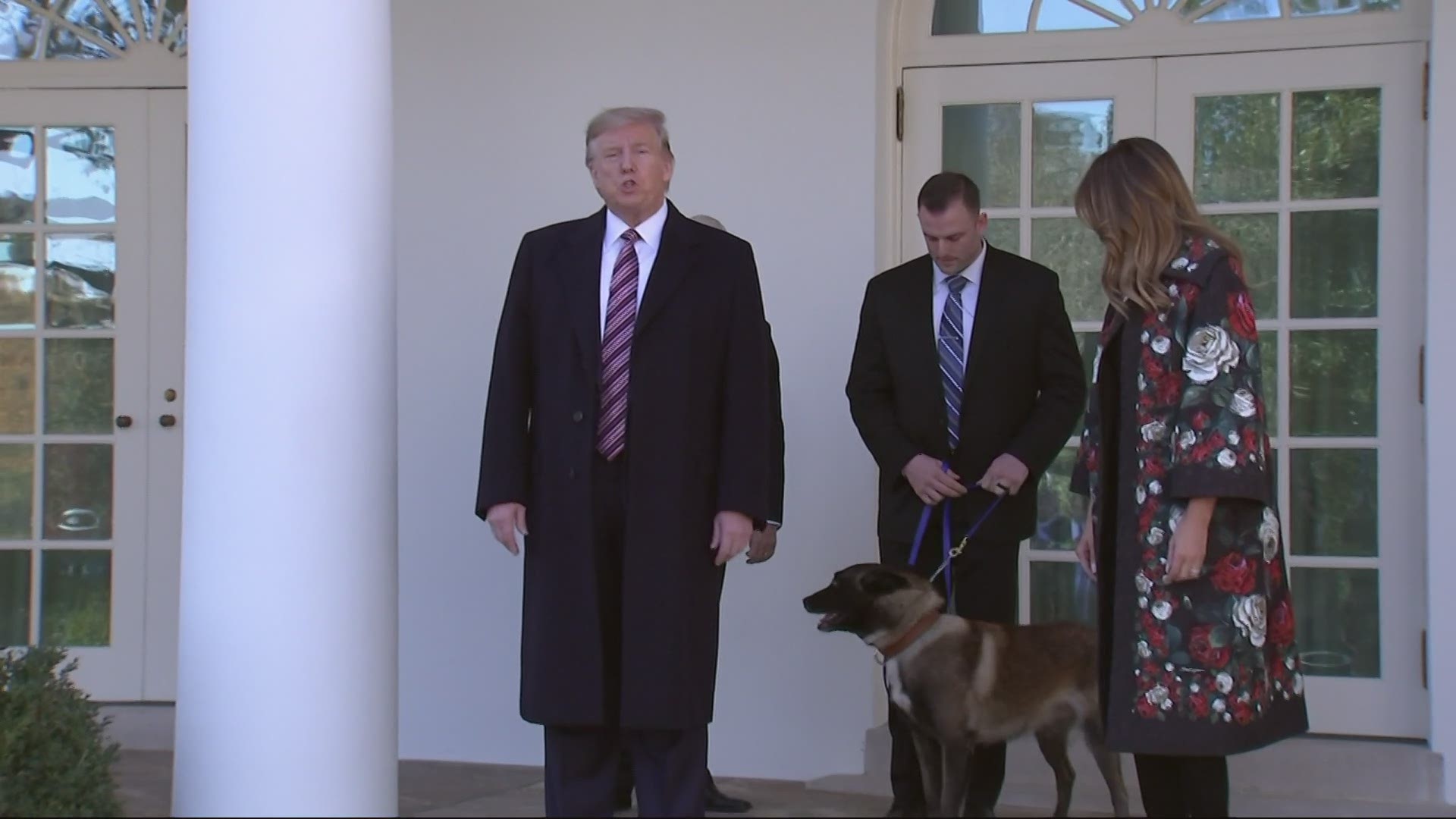 WASHINGTON — A U.S. military dog that played a starring role in the raid that killed Islamic State leader Abu Bakr al-Baghdadi seemed oblivious to the praise that President Donald Trump heaped on it Monday at the White House.

Conan, a Belgian Malinois, seemed much more interested in the head scratches it was getting from Mike Pence, repeatedly looking up at the vice president in search of more attention.

Trump used a slew of adjectives to describe Conan, which was injured when it was exposed to electric wires in the late October raid while chasing al-Baghdadi at the terrorist’s compound in northwest Syria. “Incredible.” “Brilliant.” “Smart.” “Ultimate fighter.” “Very special.” “Tough cookie.”

“So this is Conan,” Trump said. “Right now, probably the world’s most famous dog.”

Trump bestowed a medal on Conan and presented the dog with a plaque. First lady Melania Trump stood a few feet away.

The president said initially Conan was going to be muzzled for the appearance, but Trump said he thought that would put the dog in attack mode.

“He's not in a bad mood today,” Trump told dozens of reporters, cameramen and members of TV crews gathered in the Rose Garden. “So you’re safe.”

Trump said he asked members of the U.S. special forces who met with him Monday if an unarmed man would stand a chance against Conan. He said the special forces, who could not appear in public, told him ‘No.”

“Conan is really a hero,” Pence said, patting the dog on the head.