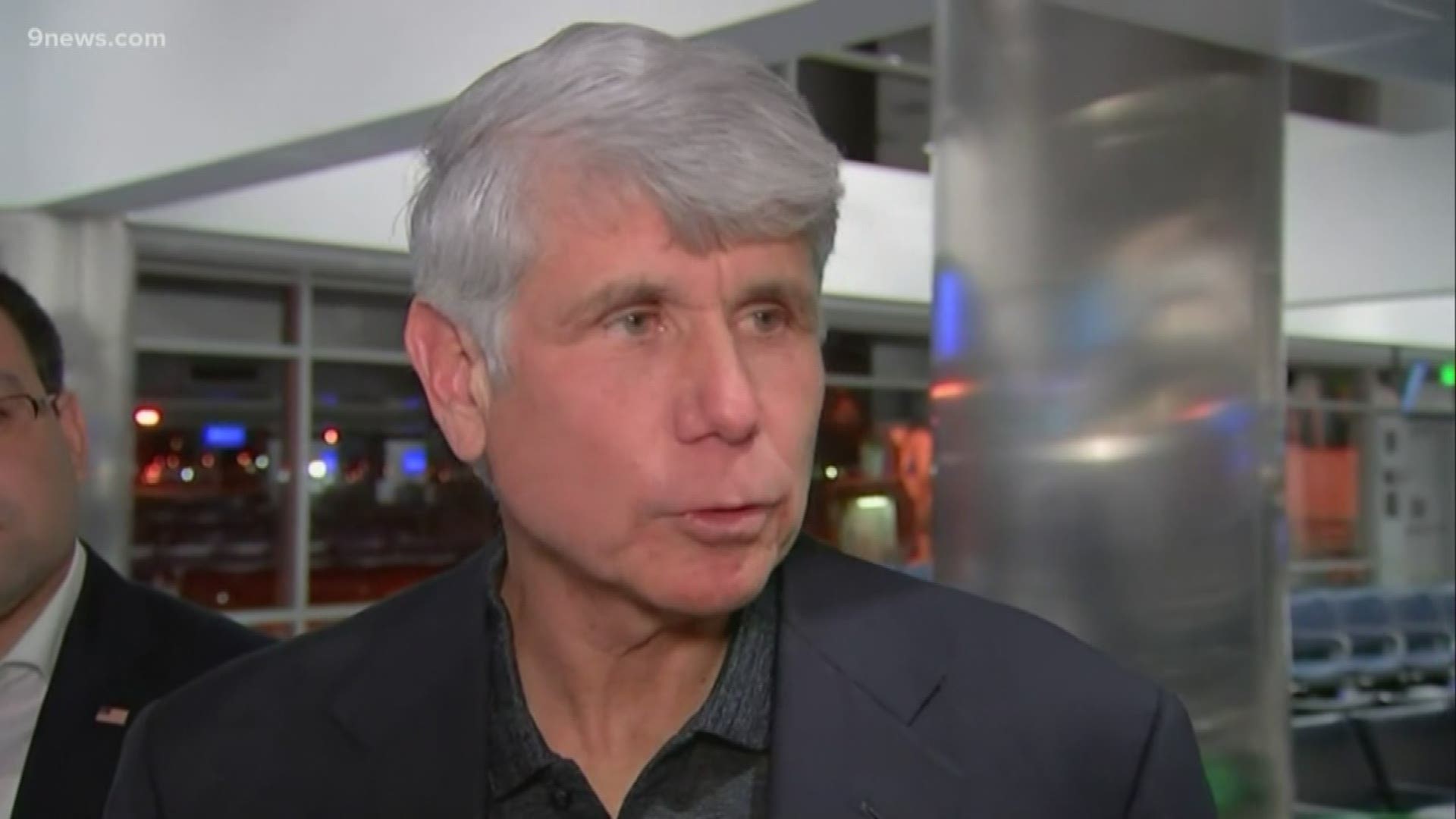 CHICAGO — Former Illinois Gov. Rod Blagojevich is back home in Chicago after his sentence for political corruption was commuted by President Donald Trump.

Reporters and onlookers were on hand Wednesday as the now silver-haired Blagojevich arrived at O'Hare airport hours after he left the gates of the Federal Corrections Institution Englewood south of Denver.

Blagojevich served more than eight years of a 14-year sentence for crimes that included seeking to sell an appointment to Barack Obama’s former Senate seat and trying to shake down a children’s hospital.

The president said the punishment imposed on the Democrat and one-time contestant on Trump's reality TV show "Celebrity Apprentice" was excessive.

Trump also commuted the sentences of several women more representative of the flood of requests that presidents typically receive. Judith Negron had been serving 35 years at a Florida prison for health care fraud, conspiracy and money laundering when she was released Tuesday.