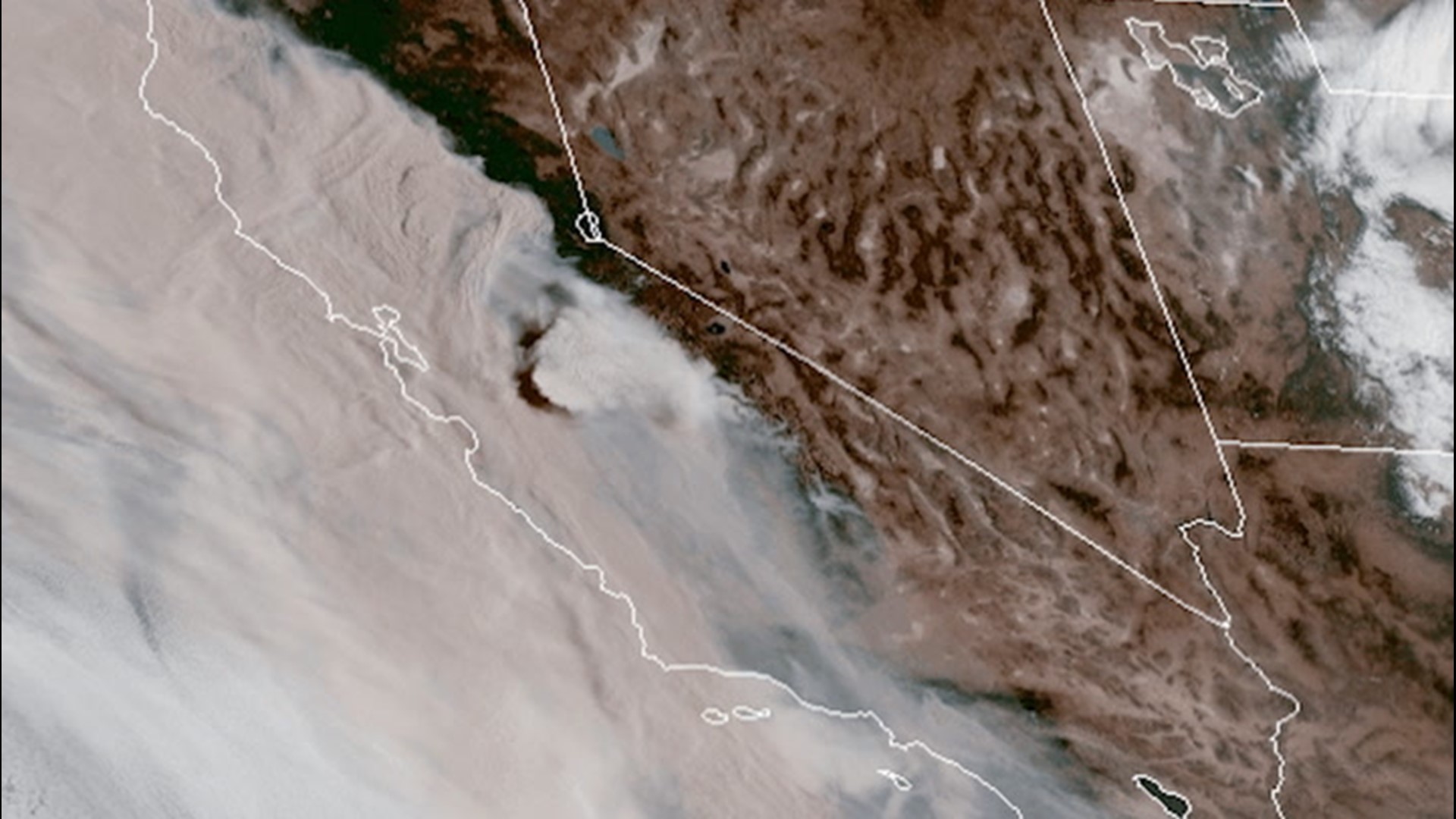 BERLIN, Germany — Satellite images show that smoke from wildfires in the western United States has reached as far as Europe, scientists said Wednesday.

Data collected by the European Union's Copernicus Atmosphere Monitoring Service found smoke from the fires had traveled 8,000 kilometers (almost 5,000 miles) through the atmosphere to Britain and other parts of northern Europe.

The European Centre for Medium-Range Weather Forecasts, which operates some of the Copernicus satellite monitoring systems, said the fires in California, Oregon and Washington state have emitted an estimated 30.3 million metric tonnes (33.4 million tons) of carbon.

“The scale and magnitude of these fires are at a level much higher than in any of the 18 years that our monitoring data covers, since 2003," Mark Parrington, a senior scientist and wildfire expert at Copernicus Atmosphere Monitoring Service, said.

🔥#Smoke from the unprecedented #USFires is moving back across #NorthAmerica from the #Pacific and is on its way to #Europe.

Find out more about the monitoring of fires and their smoke by the #CopernicusAtmosphere Monitoring Service in our latest article➡️https://t.co/st70y5IwUC pic.twitter.com/h7MoM2IBKl

Parrington said the smoke thickness from the fires, known as aerosol optical depth or AOD, was immense, according to satellite measurements.

“We have seen that AOD levels have reached very high values of seven or above, which has been confirmed by independent ground-based measurement,” he said. “To put this into perspective, an AOD of one would already indicate a lot of aerosols in the atmosphere.”

RELATED: Why gender reveals have spiraled out of control

RELATED: How wildfire smoke is impacting air quality and pollution in the western US