More than 200 schools, 17 states back lawsuits over foreign student rule

The lawsuits challenge a recently announced directive saying international students cannot stay in the U.S. if they take all their classes online this fall. 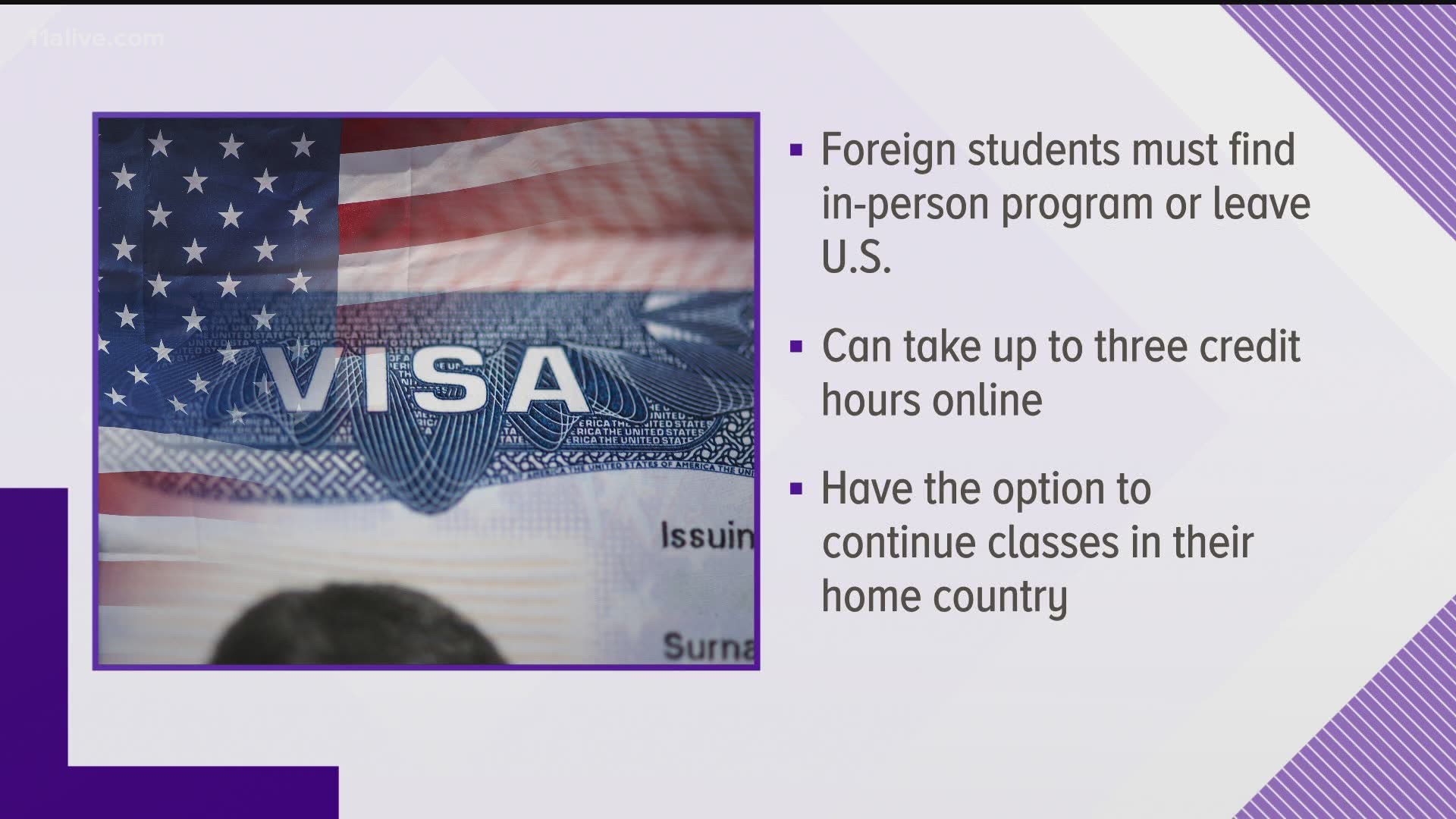 BOSTON — More than 200 universities are backing a legal challenge to the Trump administration’s new restrictions on international students, arguing that the policy jeopardizes students' safety and forces schools to reconsider fall plans they have spent months preparing.

The schools have signed court briefs supporting Harvard University and the Massachusetts Institute of Technology as they sue U.S. Immigration and Customs Enforcement in federal court in Boston. The lawsuit challenges a recently announced directive saying international students cannot stay in the U.S. if they take all their classes online this fall.

A judge is scheduled to hear arguments in the case on Tuesday. If the judge does not suspend the rule, colleges across the U.S. will have until Wednesday to notify ICE if they plan to be fully online this fall.

A brief filed Monday by 59 universities says the rule throws their plans into disarray with less than a month before some schools start the fall term. They challenged the policy's legal grounds and say it forces schools across the nation to “choose between opening their campuses regardless of the public health risks, or forcing their international students to leave the country.”

The group includes all of Harvard's companions in the Ivy League and other prestigious schools including Stanford and Duke universities. They collectively enroll more than 213,000 international students, according to the brief.

“These students are core members of our institutions,” the schools wrote. “They make valuable contributions to our classrooms, campuses and communities — contributions that have helped make American higher education the envy of the world.”

Seventeen states and the District of Columbia also sued the Trump administration on Monday, seeking to block a new rule that would revoke the visas of foreign students who take classes entirely online in the fall.

“The Trump Administration didn’t even attempt to explain the basis for this senseless rule, which forces schools to choose between keeping their international students enrolled and protecting the health and safety of their campuses,” Massachusetts Attorney General Maura Healey said. 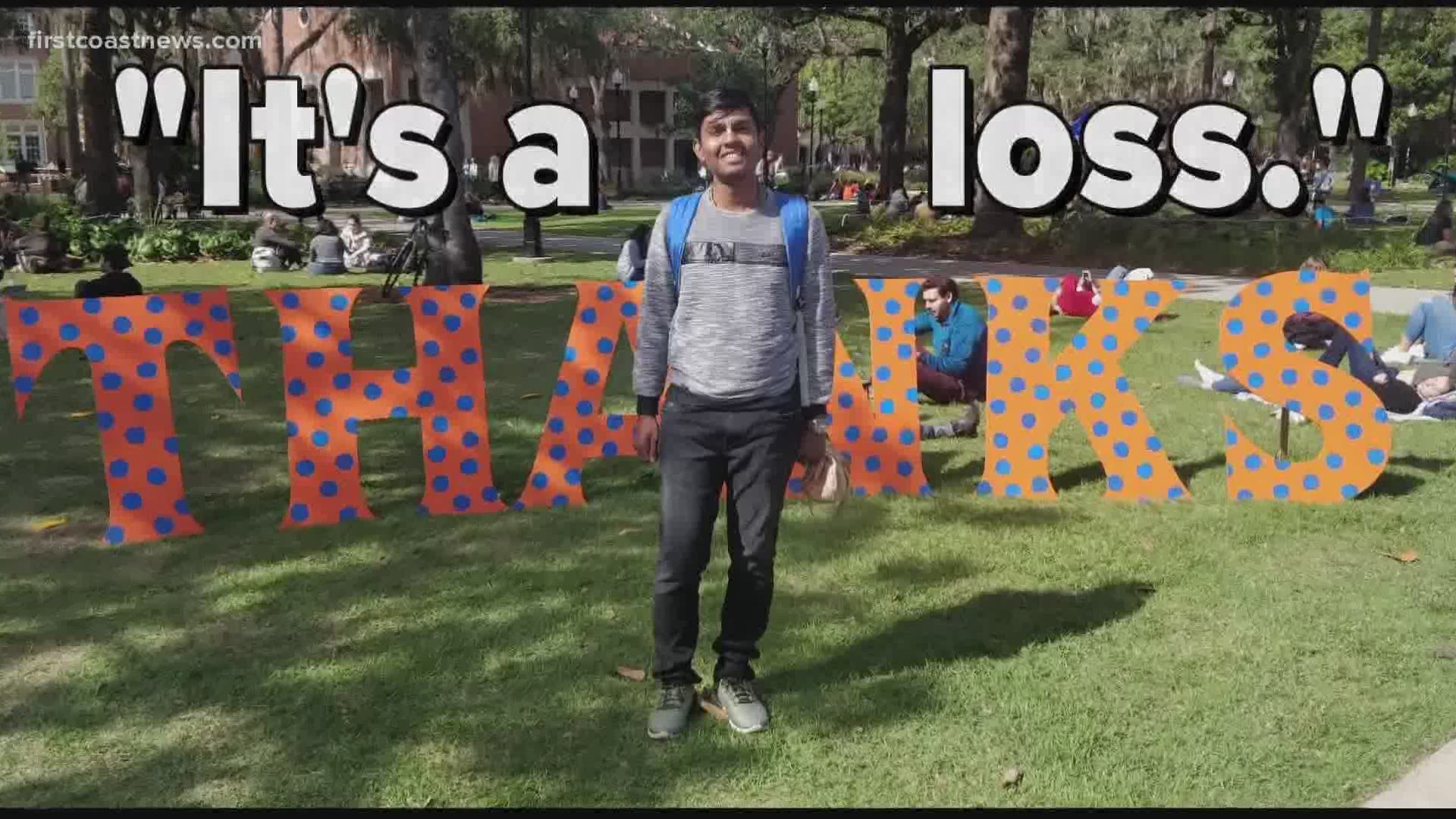 The colleges are asking the court to block the rule as quickly as possible, saying it's already being used to turn students away. Last Wednesday, two days after the policy was announced, a DePaul University student was prevented from entering the country after arriving in San Francisco, according to the brief. Harvard has previously said one of its students from Belarus was turned away from a flight at an airport in Minsk last week.

If the policy is upheld, schools including Princeton University could be forced to reconsider their fall plans, the filing says. Princeton last week said first-year students and juniors could live on campus this fall, while sophomores and seniors would replace them during the spring semester. But that idea was based on the understanding that foreign students would be allowed to continue learning online while in the U.S., according to the filing.

“Princeton now may be forced to reassess its plan, with just weeks to go before the fall semester, lest sophomore and senior international students be forced to leave the country — and potentially be unable to return for the spring,” according to the brief.

A separate group of 180 colleges filed a brief Sunday in support of the lawsuit. The group, called the Presidents’ Alliance on Higher Education and Immigration, said colleges were “blindsided” by the policy. They said it was a reversal of a March 13 directive from ICE that waived limitations around online education for foreign students "for the duration of the emergency.” They point to data suggesting that the number of new coronavirus cases in the U.S. is higher now than it was in March.

“All seem to agree the emergency remains ongoing, but ICE’s policy has inexplicably changed,” the group wrote.

The directive also stands to hurt colleges financially, the group wrote. International students typically pay the highest tuition rates and rarely are eligible for scholarships. The alliance said many colleges risk losing millions of dollars over the policy, including Northern Virginia Community College, which estimates it could lose nearly $10 million in tuition from foreign students.

A separate brief filed by the Princeton Theological Seminary says the policy would bring “crippling consequences" from a funding perspective. The seminary said its international ties include many foreign donors who would find the guidance “such a shocking affront that PTS' relationships with those donors may never recover.”

Under the new rule, international students will be forced to leave the U.S. or transfer to another college if their schools operate entirely online this fall. New visas will not be issued to students at those schools, ICE said, and others at schools offering a mix of online and in-person courses will be barred from taking all of their classes online.

Credit: AP
FILE - In this Aug. 13, 2019, file photo, pedestrians walk through the gates of Harvard Yard at Harvard University in Cambridge, Mass.

It would apply even if an outbreak forces schools to shift classes entirely online mid-term, according to the guidance.

The policy was issued the same day Harvard announced that its first-years would be invited to campus but that all undergraduate classes will be held online. The policy faces other legal challenges from California and Johns Hopkins University. Massachusetts' attorney general has announced that she also plans to sue.

The suit from Harvard and MIT argues that ICE issued the policy without offering any justification and without allowing the public to respond. It also says the agency is breaking from its March 13 promise to provide flexibility during the pandemic.

A judge is scheduled to hear arguments in the case on Tuesday. If the judge does not suspend the rule, colleges across the U.S. will have until Wednesday to notify ICE if they plan to be fully online this fall.

RELATED: Poll: 81% of Canadians want border with US to stay closed