On May 31 and June 1 in 1921, white residents looted and burned Tulsa’s black Greenwood district to the ground, killing as many as 300 people. 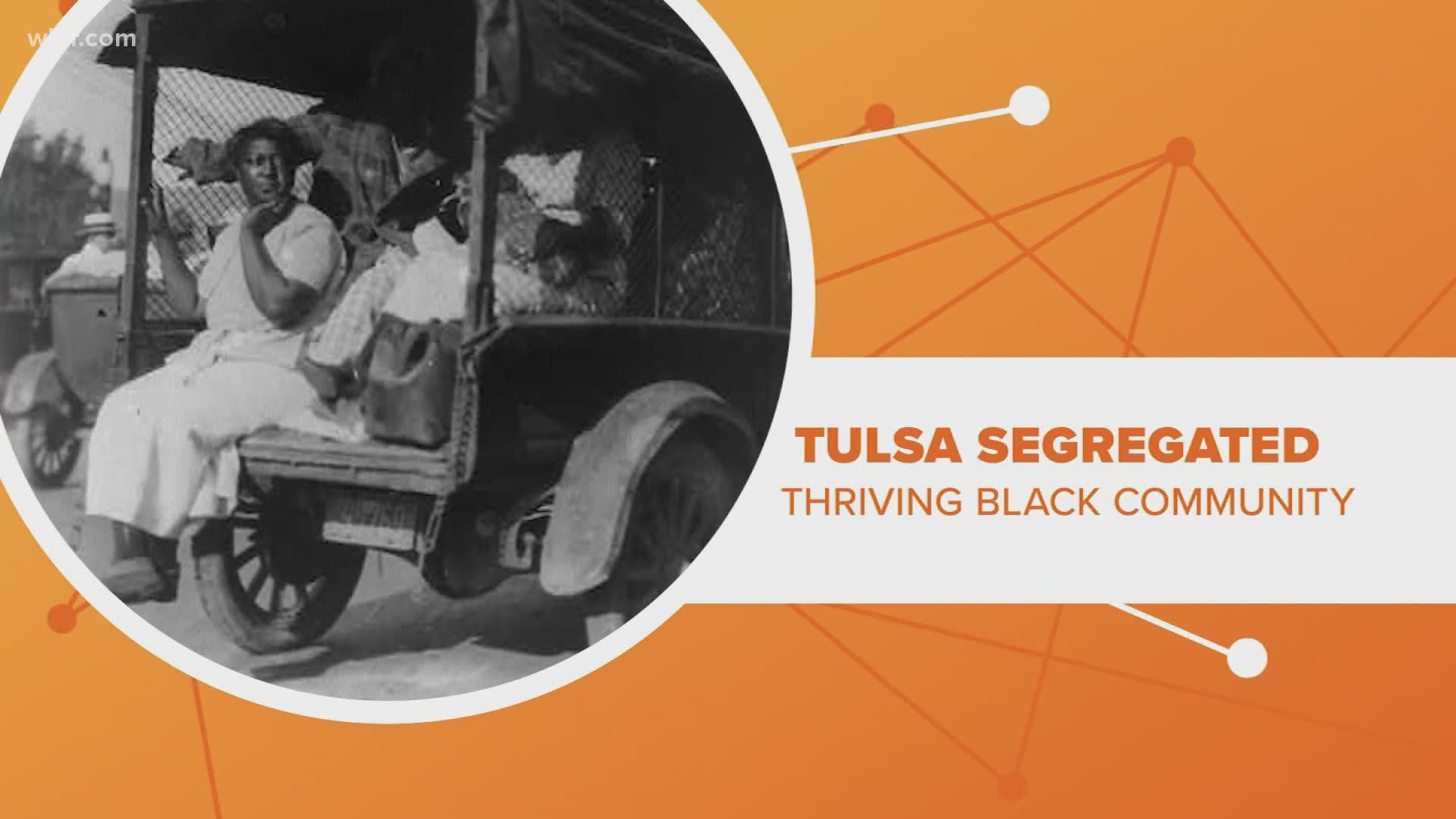 TULSA, Oklahoma — A team of researchers and historians on Monday resumed test excavations of potential unmarked mass graves from the 1921 Tulsa Race Massacre.

A backhoe operator began slowly moving dirt at Tulsa’s Oaklawn Cemetery, where ground-penetrating radar earlier this year determined there was an anomaly consistent with mass graves.

“It can become a tedious process, but it’s important that we do this carefully, cautiously and take copious notes along the way," Stackelbeck said.

On May 31 and June 1 in 1921, white residents and civil society leaders looted and burned Tulsa’s Black Greenwood district, known as Black Wall Street, to the ground, and used planes to drop projectiles on it.

The attackers killed up to 300 black Tulsans, and forced survivors for a time to live in internment camps overseen by National Guard members.

RELATED: Tulsa searches for remains of victims of 1921 race massacre

In the years that followed, Tulsa city and business leaders engaged in a “concerted cover-up" to hide the truth about the massacre, Tulsa Mayor G.T. Bynum said.

“You had generations of people who grew up in this community ... and never heard about it," Bynum said. “I feel a tremendous responsibility as mayor to try and find these folks. That's a basic thing that a city government should do for people, and Tulsa hasn't."

City officials predict that the test excavation will take three to six days, with work beginning at 7 a.m. each day.

Credit: AP
Workers and researchers dig at Oaklawn Cemetery in Tulsa, Okla., during a test excavation in the search for possible mass graves from the 1921 Tulsa Race Massacre. (Mike Simons/Tulsa World via AP)