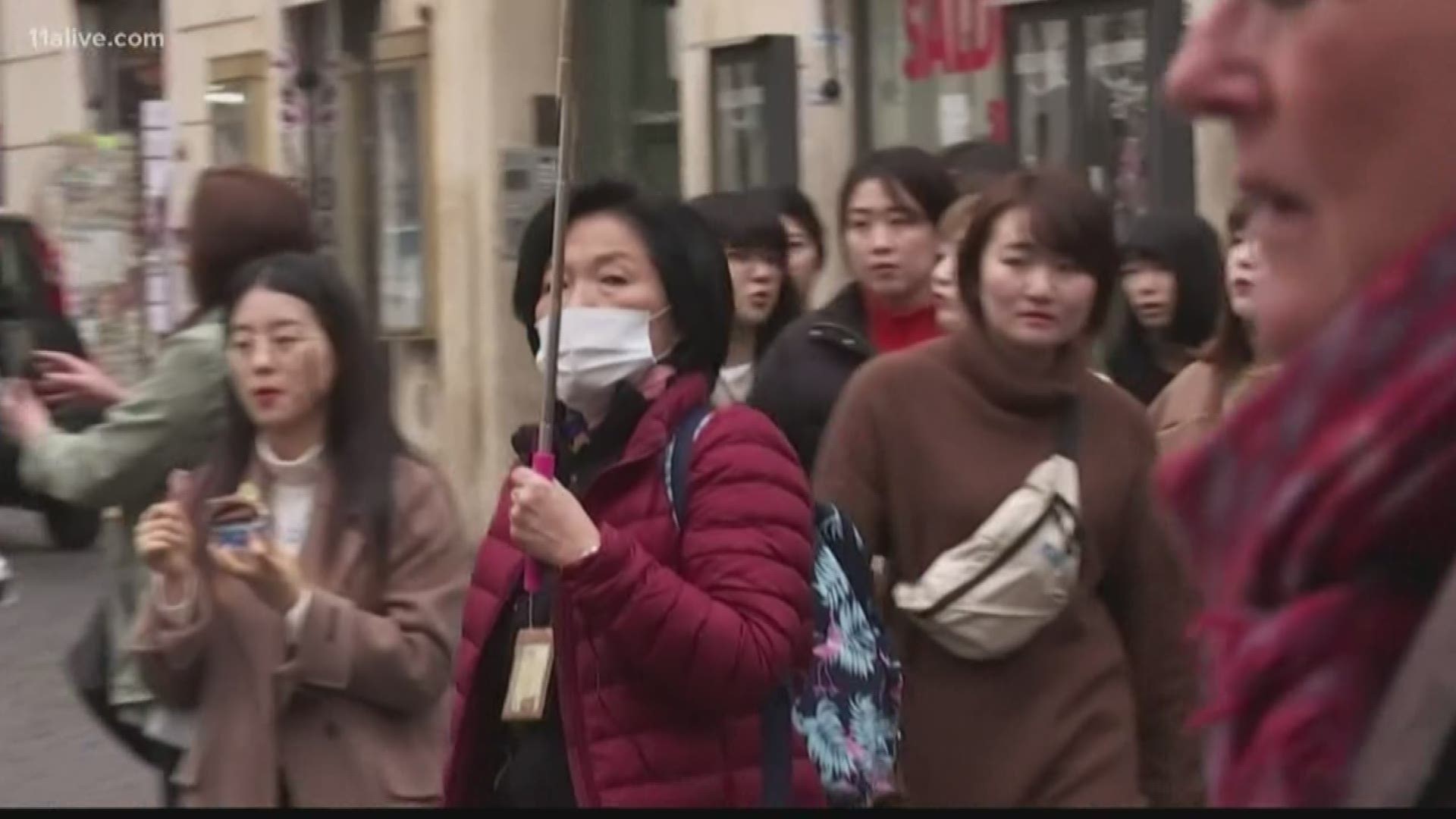 NEW YORK — Stocks rose solidly in early trading on Wednesday, however, the stocks gave up their early gains and ended lower, extending their losses for the week.

Worries about economic fallout from the virus outbreak that originated in China has fueled a sharp sell-off that wiped out the market's gains for the year.

The bond market continued to flash warning signs as long-term yields fell further below short-term ones.

The Dow lost 1,911 points combined Monday and Tuesday -- the worst two-day slide in history. The S&P 500 has lost 7.6% in the last four days since hitting a record high last Wednesday. That's the benchmark index's worst such stretch since the end of 2018, resulting in $2.14 trillion in losses, according to S&P Global. Tuesday also marked the first back-to-back 3% losses for the index since the summer of 2015.

RELATED: Bonds are up, stocks fall amid fears virus will hurt economies

Shares fell in Taiwan and most of Southeast Asia but rose in Malaysia following recent losses due to political turmoil.

The latest wave of selling came as more companies, including United Airlines and Mastercard, warned the outbreak of a new coronavirus will hurt their finances, and more cases were reported in Europe and the Middle East, far from the epicenter in China.

Meanwhile, U.S. health officials called on Americans to be prepared for the disease to spread in the United States, where there are currently just a few dozen cases.

The worst-case scenario for investors — where the virus spreads around the world and cripples supply chains and the global economy — hasn't changed in the last few weeks. But the probability of it happening has risen, said Yung-Yu Ma, chief investment strategist at BMO Wealth Management.

"It's the combination of South Korea, Japan, Italy and even Iran" reporting virus cases, Ma said. “That really woke up the market.”

The viral outbreak that originated in China has now infected more than 80,000 people globally, with more cases being reported in Europe and the Middle East. The majority of cases and deaths remain centered in China, but the rapid spread to other parts of the world has spooked markets and raised fears that it will hurt the global economy.

South Korean virus cases jumped again Wednesday and the U.S. military confirmed its first case among soldiers based in the Asian country, with his case and many others connected to a southeastern city with an illness cluster.

South Korea’s Centers for Disease Control and Prevention said 134 of the 169 new cases were in Daegu, where the government has been mobilizing public health tools to contain the spread of the outbreak.

The U.S. military said the 23-year-old soldier was in self-quarantine at his off-base residence.

On Tuesday, U.S. health officials warned that it's inevitable the virus will spread more widely in America.