An Afghan family says the drone strike killed 10 of its members, including six children, and vehemently denied any ties to IS. 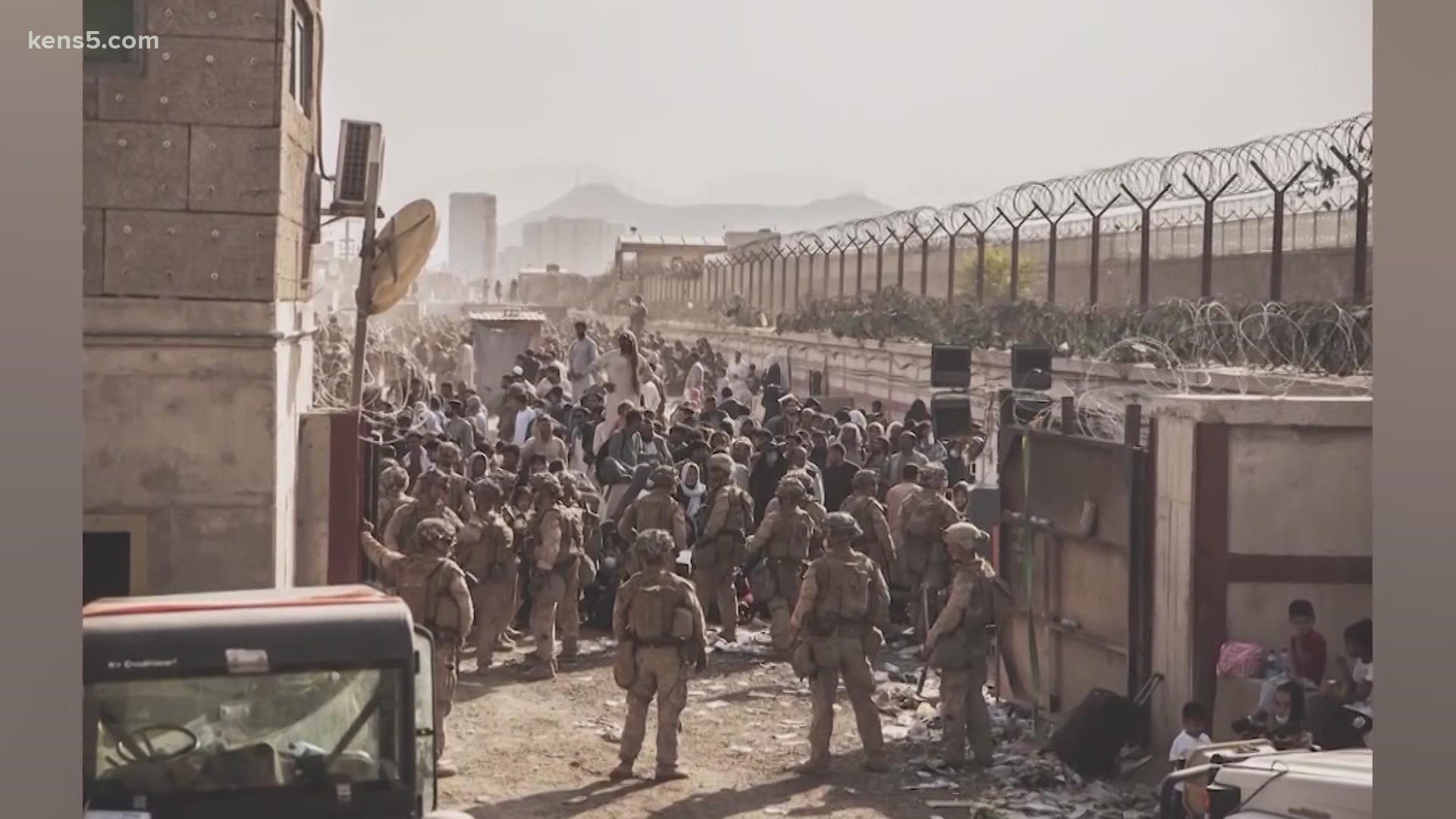 KABUL, Afghanistan — It felt like hell itself had opened up, said Ramal Ahmadi, who was watching cartoons with his nephew when a U.S. drone slammed into his family's courtyard where just moments before there had been a noisy celebration to greet the family's oldest brother.

The last thing Ahmadi remembers was the sound of his brother's car horn announcing his arrival and the squealing of the children. He says his mind “is not right” since that day.

Senior U.S. military officials said the drone strike hit an Islamic State target and weakened the extremists' ability to further disrupt the final phase of the U.S. withdrawal and evacuation of thousands of people from Afghanistan. Three days before the drone strike, an IS suicide bomber had attacked a crowded gate at Kabul airport, killing 13 U.S. service members and 169 Afghans.

Army Gen. Mark Milley, chairman of the Joint Chiefs of Staff, said Wednesday that at least one of those killed in the drone strike was an Islamic State “facilitator.”

White House press secretary Jen Psaki acknowledged the reports of civilian casualties on Thursday and said they were being investigated. Previously, American officials have noted that subsequent explosions resulted from the destruction of the vehicle and may have caused additional casualties.

But an enraged Ahmadi family is demanding proof — and disputes that the car was carrying explosives.

“They have to give us answers. Is our blood so worthless, we don't even get an explanation?” Ahmadi asked.

Analysts warned that the risk of civilian casualties during drone strikes will only grow, now that the U.S. no longer has on-the-ground intelligence.

Inside the courtyard of the family home, Emal, another Ahmadi brother, recently picked through the twisted ruins of the devastated hulk of the Toyota Corolla. Inside was a blood-soaked child's shirt.

He said some family members, including children, were in the car when it was hit. He contended that if there had been a bomb in the vehicle there would be far more damage to the courtyard and house. He pointed to two undamaged gas cylinders tucked away in a corner of the courtyard.

“If the car was filled with explosives like the Americans say, why didn't these cylinders explode," asked Emal. He also pointed to a shoddily constructed brick wall nearby the gutted car. “How could the wall still be standing if this car had been full of explosives?”

But American officials, including some who watched the strike in real-time on video feeds, said the U.S. had been watching the car for several hours and saw people loading explosives into the trunk.

The compound in Kabul's Khoja Boghra neighborhood was home to four Ahmadi brothers and their families — 25 people in all. The roads that weave through the middle-class neighborhood pass homes hidden behind high walls and gates.

For the Ahmadis, the accusation that their family was involved with the Islamic State group is a devastating one.

“If you have proof I say ‘go ahead kill me’ but show me the proof,” said Emal, whose 3-year old daughter Malika was among the dead.

Their oldest brother, Zamarai, and a nephew Nasir Haideri — both of whom were killed in the strike — had worked for U.S. government-allied firms and had applied for special immigrant visas granted to Afghans with such ties to the U.S. They were being processed at the time of the strike.

Emal said 30-year-old Nasir, who was to have been married just days after the strike, had dreamed of going to America.

The surviving brothers showed the commendation letters the relatives had included in their submissions for the visas.

Emal, who has also applied for one of the visas, said he struggled to understand why the family compound was struck. “They have such high technology they can see an ant on the ground, but they couldn't see a yard full of children?” he asked.

Milley said Sunday's strike was based on good intelligence, including a review of video. “We monitored that through various means and all of the engagement criteria were being met," he said. "We went through the same level of rigor that we’ve done for years and we took a strike.”

Psaki pushed back against the idea that a lack of solid on-the-ground intelligence is hampering the United States. She said that there are many countries where the U.S. has no military presence on the ground, “but we can still prevent terrorist groups from metastasizing and posing threats.”

But Douglas London, who served as the CIA’s counterterrorism chief overseeing the region before retiring in 2019, said the strike and resulting deaths “really illustrates our handicap by having no presence on the ground to collect the best quality and most timely intelligence.”

Not having U.S. or long-trained Afghan partner forces on the ground also foreclosed other possibilities, like potentially stopping the car before it entered a crowded residential area, he said.

“A strike in a congested area would have been the last choice we would have made,” said London, author of the forthcoming book, “The Recruiter: Spying and the Lost Art of American Intelligence.”