The move proposed by Beijing is strongly opposed by pro-democracy lawmakers and US officials warn it could threaten Hong Kong's status as a financial hub of Asia. 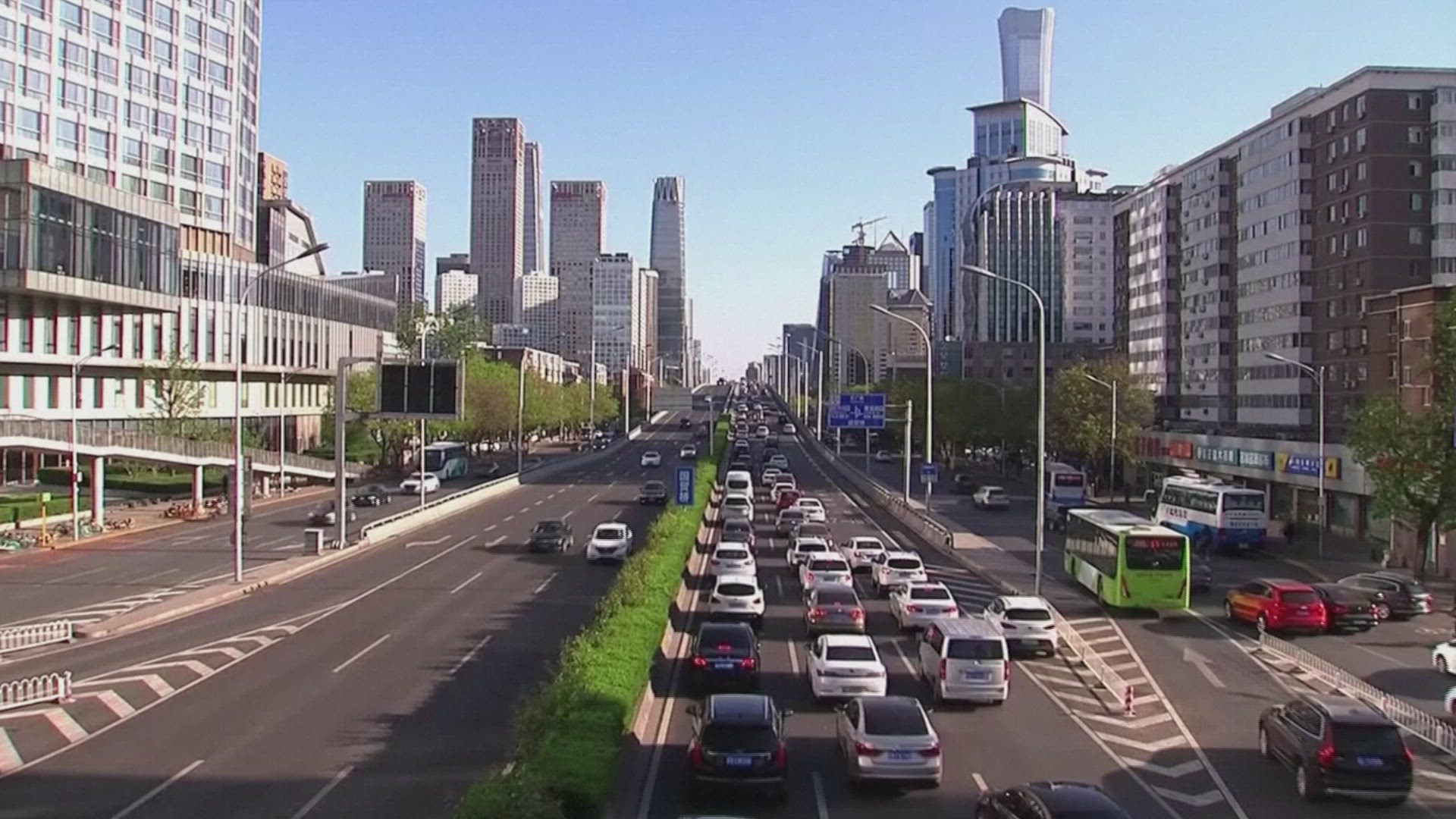 WASHINGTON — Secretary of State Mike Pompeo on Friday condemned China's effort to take over national security legislation in Hong Kong, calling it "a death knell for the high degree of autonomy" that Beijing had promised the territory.

Pompeo called for Beiing to reconsider the move and warned of an unspecified U.S. response if it proceeds. Meanwhile, White House economic adviser Kevin Hassett said China risked a major flight of capital from Hong Kong that would end the territory's status as the financial hub of Asia. Shortly afterward, the Commerce Department announced new restrictions on sensitive exports to China.

"Hong Kong has flourished as a bastion of liberty. The United States strongly urges Beijing to reconsider its disastrous proposal, abide by its international obligations, and respect Hong Kong's high degree of autonomy, democratic institutions, and civil liberties, which are key to preserving its special status under U.S. law," Pompeo said in a statement.

He said the decision to ignore the will of the people of Hong Kong would be a "death knell for the high degree of autonomy Beijing promised for Hong Kong" under a decades-old agreement known as the Sino-British Joint Declaration.

The U.S. has limited leverage with China over Hong Kong but it could end preferred economic privileges that Hong Kong currently enjoys if the Trump administration determines that the declaration, which was supposed to give the territory 50 years of special status after it reverted to Chinese rule in 1997, has been violated.

The proposed bill is aimed at forbidding secessionist and subversive activity, as well as foreign interference and terrorism. It comes after months of pro-democracy demonstrations last year that at times descended into violence between police and protesters.

Speaking in an interview with the Fox Business Network on Friday, Hassett suggested the damage that would come from China's proposal would be mostly self-inflicted.

"They're going to see a lot of economic harm from what they're doing," he said, adding that businesses would not want to invest or keep money "in a place where they're basically sneering at the rule of law."

"And so, I would expect that they're going to have serious capital flight problems," Hassett said. "And Hong Kong, if they follow through this, will no longer be the financial center of Asia, and they themselves will bear very, very heavy costs."

Later Friday the Commerce Department struck yet another blow to Chinese industry, announcing plans to bar the export of U.S. technology without a license to 33 companies and government institutions including major research labs.

It accused two dozen of the targeted entities of threatening U.S. national security because they could help China develop weapons. They include China's top cybersecurity company, Qihoo 360, the robotics and artificial intelligence firm Cloudminds Inc., and various research isntitutes involved in laser and other advanced technology.

The other targets, named in a separate news release, included the Institute of Forensic Science at China's public security ministry and companies that make facial recognition products. Commerce accused them of complicity in human rights abuses targeting Uighurs and other ethnic minorities.

The restrictions compound previous sanctions the Trump administration imposed on U.S. technology sales to Chinese companies involved in supercomputer development, facial recognition and other areas the White House deemed a threat to national security. That includes the technology giant Huawei.

RELATED: Biden says he was too 'cavalier' with comments on black Trump supporters

RELATED: Passenger plane with 98 on board crashes in Pakistan, many feared dead

A week ago, Commerce issued a new rule designed to bar foreign semiconductor makers from making chips for Huawei that it has designed.

China contends Washington is using national security as an excuse to try to crush its rise as a global competitor in the tech sector.

Tech expert Paul Triolo of the Eurasia Group political risk research firm said it appeared from the list of new targets that the Commerce Department was applying a rather sweeping definition of military end-use.

"It's ratcheting up the pressure," Triolo said of the newest sanctions. "I keep thinking, 'What's the straw that breaks the camel's back here" and provokes retaliation from Beijing against U.S. companies that do business in China.

China has threatened countermeasures against U.S. businesses — many of which have major manufacturing operations in its territories— but so far has held off.