So far, 53 Palestinians and six Israelis have been killed overseas, including 15 children combined on both sides. 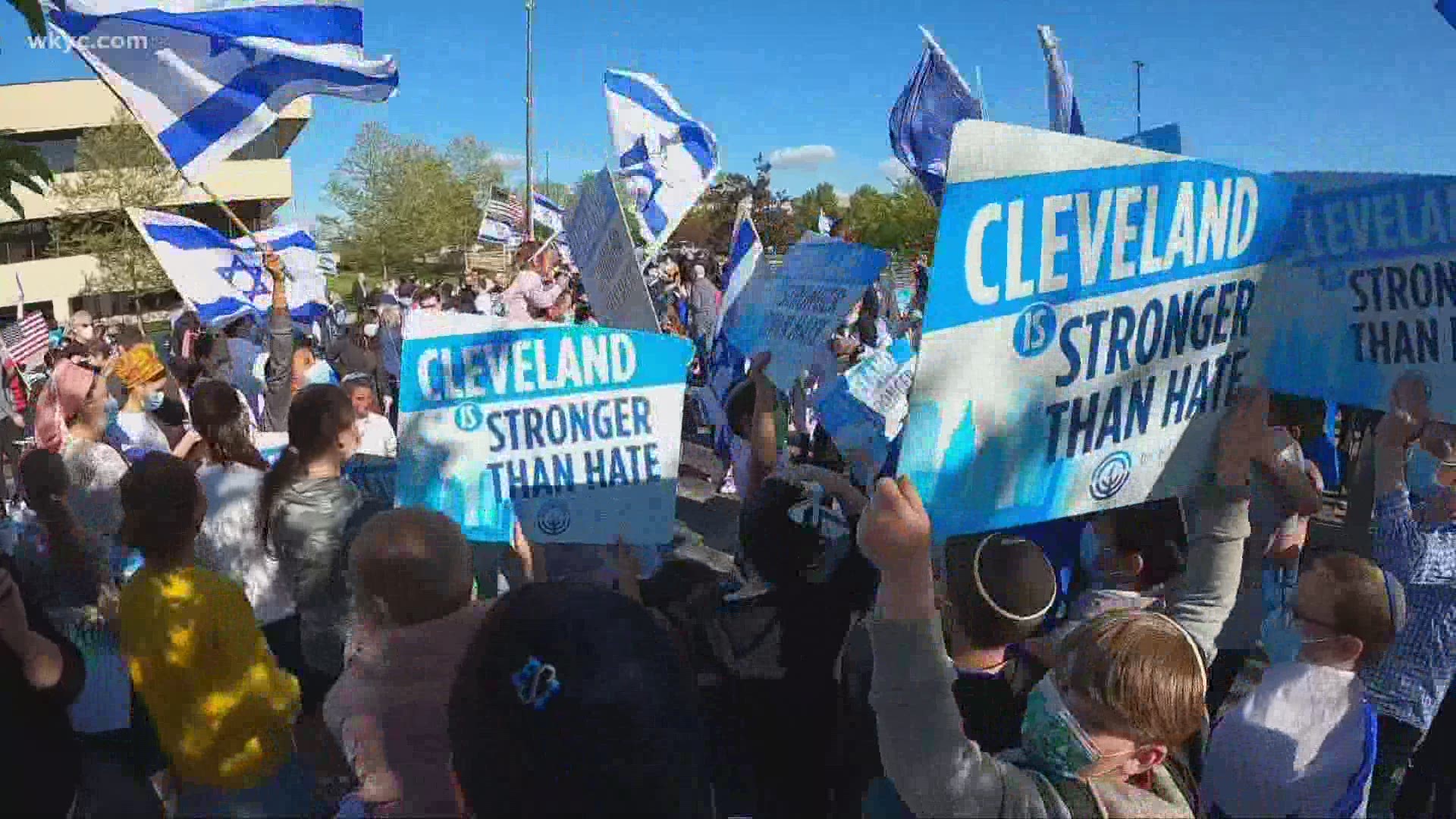 BEACHWOOD, Ohio — Members of the community gathered in Beachwood Wednesday for a rally in support of the nation of Israel amid the growing deadly conflict in the Middle East.

Participants met at the Maltz Museum of Jewish Heritage at 5 p.m. before marching along Richmond Road to the Jewish Federation of Greater Cleveland. Speakers included federation board chair J. David Heller, Lydia Frankel of the Israeli-American Council, and Rabbi Stephen Weiss of the B'nai Jeshurun Congregation.

The Israeli military and Hamas in the Gaza Strip have been exchanging rockets and airstrikes for days. So far, 53 Palestinians and six Israelis have been killed, including 15 children combined on both sides.

Some in the international community have criticized Israel's actions, calling back to a similar conflict in 2014 when the country came under scrutiny for its bombing of civilian targets. Hamas, in turn, has been chastised for firing its own rockets against Israeli non-combatants, and Israel claims the strikes from Gaza are originating from those same residential targets.

"What happens in one place in the world effects everyone globally," said Avidan Cover, professor of international and human rights law at Case Western Reserve University. Cover noted that the recent violence is different than the violence we've seen in the Middle East that has spanned decades, leading many to believe that Israel is on the brink of civil war between the country's Arabs and Jews.

"More often than not, we see the violence focused on, say, East Jerusalem, or the West Bank or with respect to Gaza -- to be sure, that is still going on. But the level of violence we're seeing right now, internal to Israel, is a worrisome trend," said Cover.

At the heart of recent violence is the eviction of Palestinian families from an Arab neighborhood, amid claims by Jewish settlers, which has reignited age-old tensions.

"There are so may outside elements contributing to Palestinian erasure," said Philistine Ayad, 34, a Palestinian American from North Olmsted, who lived in Jerusalem as a child in her family's ancestral home. She sees the conflict chipping away at her culture.

"It's very important to keep your identity, despite people saying that Palestine didn't exist and that Palestinians aren't a 'thing,'" said Ayad.

Meanwhile local families hope the Biden administration will do more to help de-escalate the violence. Cover, who is Jewish American, says there is plenty of blame on both sides of the conflict, but believes the United States should hold Israel accountable on issues of human rights, and demand changes in some of its policies and laws.

"I think allyship with Israel need not be uncritical and unconditional," he said. "Indeed, I think the best of friends can be the most critical."

You can watch today's event again in the player below: