Credit: AP
Sen. Bernie Sanders, I-Vt., speaks during town hall at Tippecanoe County Amphitheater, Friday, Aug. 27, 2021, in West Lafayette, Ind. “My Republican colleagues are telling everybody that Bernie Sanders and the Democrats are going to raise taxes. You're right, we’re gonna raise them on the richest people in this country,” Sanders said to the cheers of about 1,500 who braved sweltering heat and humidity at the outdoor amphitheater. (AP Photo/Darron Cummings)
Author: Madison Stacey
Published: 10:51 PM EDT August 27, 2021

As temperatures tipped over 90 degrees, thousands of Hoosiers showed up to watch Sanders speak at the Tippecanoe County Amphitheater Park to hear the Vermont senator and former presidential candidate speak.

"What we're looking at is, in my view is the most consequential piece of legislation for working families that has been brought for since The Great Depression, actually. So it's a big bill, with a lot, a lot of proposals in it. And it's going to take a lot of work to get it done," Sanders told 13News before the event.

Credit: AP
Sen. Bernie Sanders, I-Vt., speaks during town hall at Tippecanoe County Amphitheater, Friday, Aug. 27, 2021, in West Lafayette, Ind. “My Republican colleagues are telling everybody that Bernie Sanders and the Democrats are going to raise taxes. You're right, we’re gonna raise them on the richest people in this country,” Sanders said to the cheers of about 1,500 who braved sweltering heat and humidity at the outdoor amphitheater. (AP Photo/Darron Cummings)

The event was held just hours before news broke that the United States military carried out a drone strike on Islamic State in Afghanistan.

Before the event, Sanders held a moment of silence for the 13 lives lost in Kabul, one of whom was a Logansport graduate, and said the U.S. needs to support Afghan evacuees, but that he supported the decision to pull out.

"Obviously I think the president was right in getting us out of a 20 years war, where we have lost 2,400 members of the armed forces," Sanders said. "Enough is enough. And obviously what we're seeing at the Kabul airport is horrific and the attack by ISIS is beyond disgusting. But we've got to right now get people out, those Afghans who have helped us."

The Democrats’ budget proposal, which Sanders is spearheading as the current chair of the Senate Budget Committee, touches on several key issues including expanding access to Medicare, lowering college tuition, and combating the climate crisis.

Here are some key points of the bill:

- Medicare expansion to include dental, vision and hearing coverage.

- Clean Energy Standard (Indiana, and several other states, have not yet adopted this)

- Includes tuition-free community college, a child allowance and other subsidies for childcare

- Creation of a Civilian Climate Corps, which would create jobs aimed at solving the climate crisis

Having renegotiated the $3.5 trillion bill down from his original proposal of $6 trillion, Sanders said he does not think this bill would solve all the problems he is aiming to fix, but that it was a start.

"This bill doesn't go as far as I would like it to go," Sanders said.

It's a plan Sanders said would be paid for in part by corporations and Americans making over $400,000 a year.

The proposal does not need to pass on bipartisan lines. Democrats are using a process called reconciliation to fast track the plan through the Senate. Sanders will need the support of every Democrat in the Senate, plus the tie-breaking vote of Vice President Kamala Harris to pass this legislation.

With not every Democratic member of the Senate fully supportive of the budget proposal yet, the next few weeks of negotiation and discussion with be crucial.

Sanders' fight to get every member of the Democratic Party comes as another infrastructure bill was passed along bipartisan lines earlier in August.

In the next few weeks, you may hear the word "infrastructure" get thrown around, but it may be in reference different proposals.

The Senate passed one infrastructure bill, The Infrastructure Investment and Jobs Act in a 69-30 vote, at the beginning of August in what was considered a rare moment of bipartisan support in Washington.

It addresses the literal infrastructure of the United States - that's investments in public work structures, water, broadband, public transit and so forth. That legislation includes $550 billion in new federal spending.

The budget proposal Sanders is currently spearheading thru the Senate, though, is sometimes referred to as the human infrastructure plan, which only has the support of Democrats and addresses expanding caregiving to the elderly, universal pre-K, new environmental standards and other initiatives. 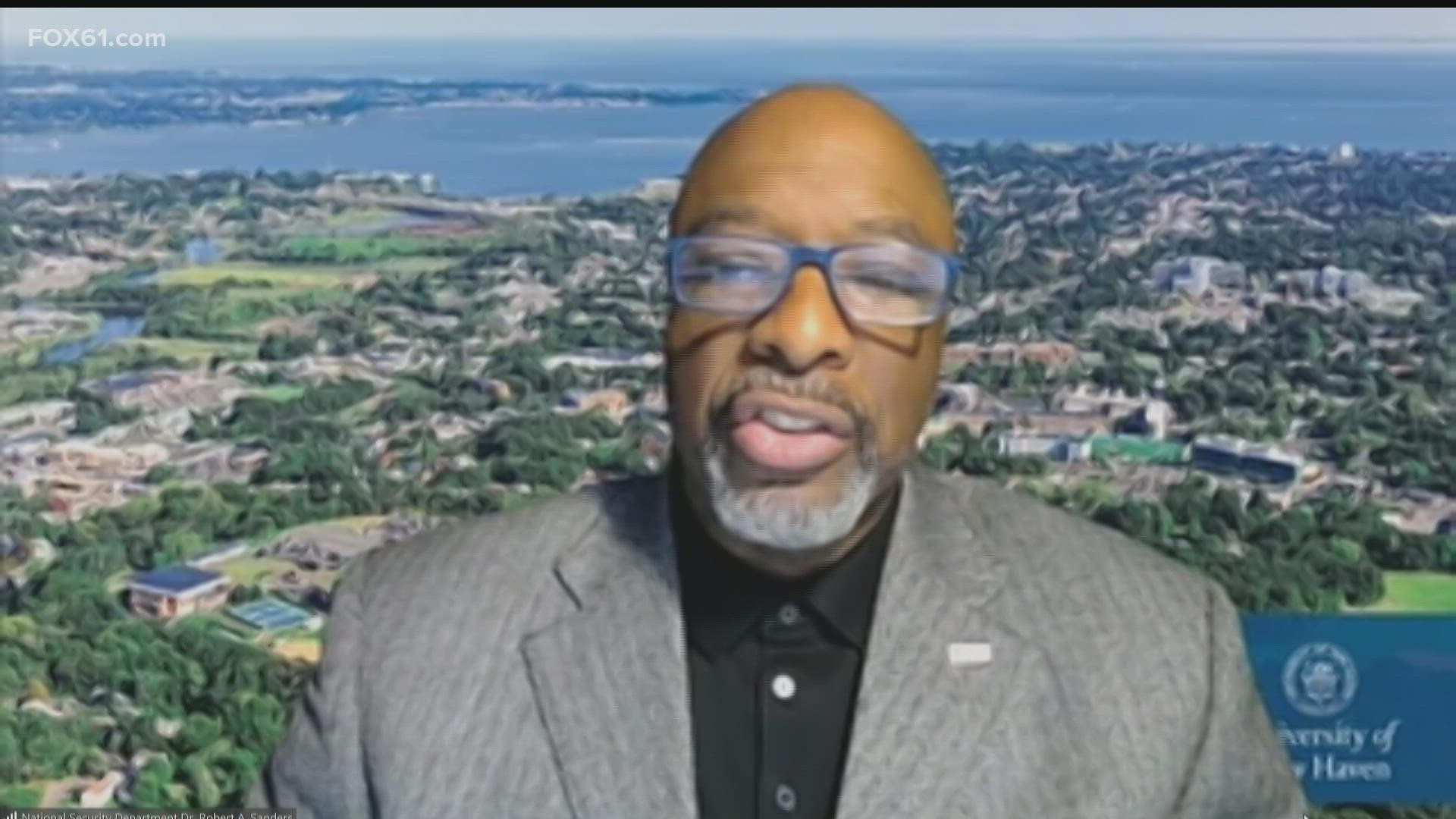