Protecting the heroes who protected the rest of us

Rep. Elaine Luria's bill would require the VA to provide medical care to veterans exposed to toxic chemicals from burn pits in the Middle East and elsewhere. 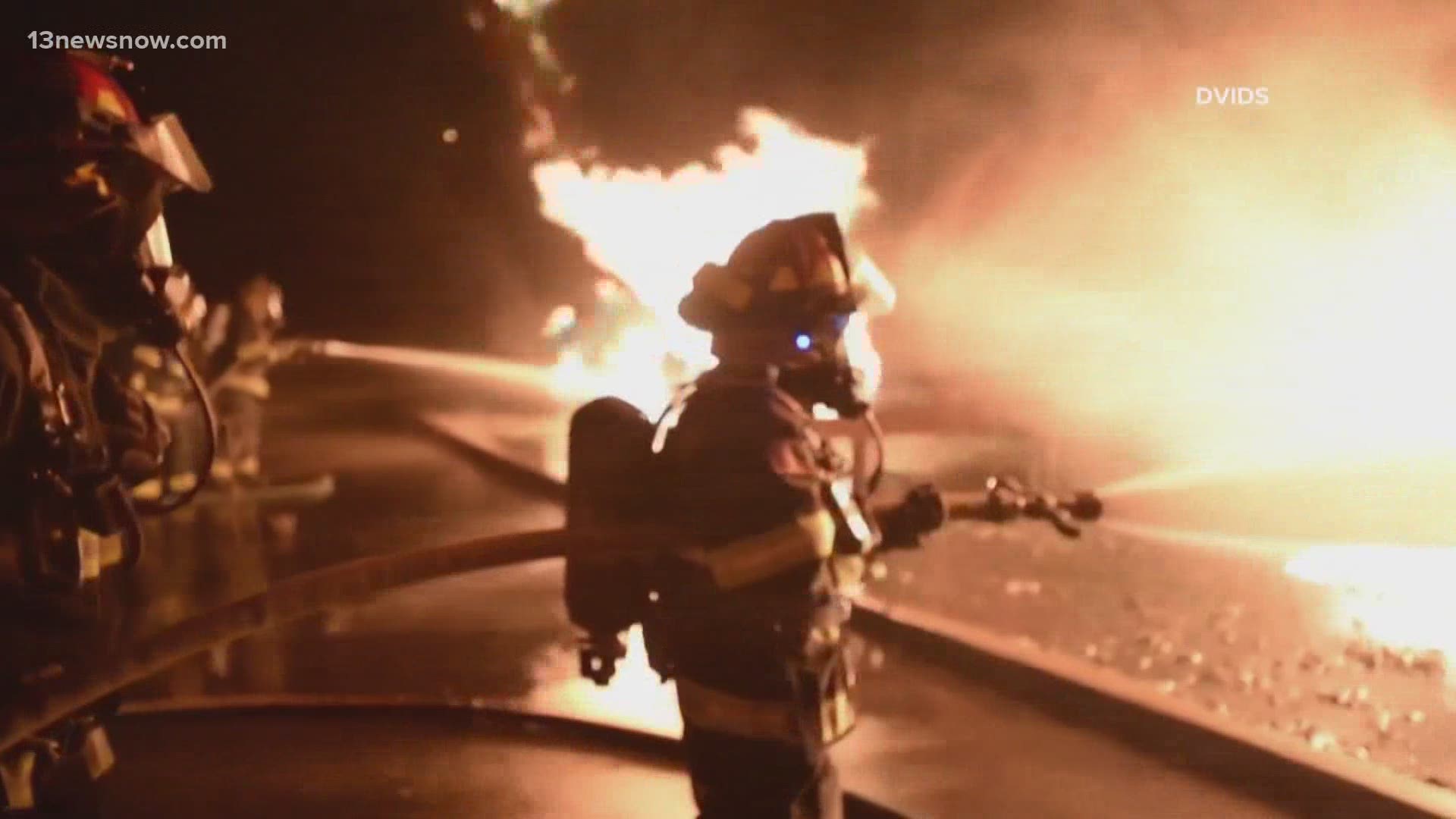 VIRGINIA BEACH, Va. — The Department of Veterans Affairs estimates 3.5 million service members were exposed to toxic trash plumes over the past three decades. They inhaled the noxious fumes from burn pits from Operation Desert Storm through the 21st-century wars in Iraq and Afghanistan and other global hot spots.

President Joseph R. Biden has said he believes his son Beau Biden’s brain cancer -- which killed him at the age of 46 in 2015 -- was the result of burn pit exposure in Afghanistan.

"There's still so many veterans who are waiting," said Rep. Elaine Luria (D-Virginia, 2nd District). "And some of the most heart-wrenching stories are people who have serious illness and they might not just be exasperated, they're literally dying. They've asked  the VA for help and that help has not come."

From 2007 to 2020, around 13,900 veterans filed claims for toxic exposure to airborne hazards. Yet, less than 4.000 of them succeeded in receiving benefits from the VA.

The VA maintains a registry of service members and veterans who have been around burn pits, with nearly 235,000 registrants. But, the agency has maintained that the science is not clear on diseases potentially caused by burn pit exposure.

"So we really need to correct that," said Luria.

It would streamline the entire process and create 15 automatic presumptive service-connected disabilities. If a veteran meets specific criteria, he or she would be covered.

The COVENANT Act will cover veterans who served on or after August 2, 1990, performed active military, naval, or air service while assigned to a duty station in Bahrain, Iraq, Kuwait, Oman, Qatar, Saudi Arabia, Somalia, or the United Arab Emirates.

It also will cover veterans who served on or after September 11, 2001, performed active military, naval, or air service while assigned to a duty station in Afghanistan, Djibouti, Egypt, Jordan, Lebanon, Syria, Yemen, Uzbekistan, the Philippines, or any other country determined relevant by the Secretary of Veterans Affairs.

Luria said she does not want history to repeat itself, with the VA for decades denying coverage for veterans from that war who were poisoned by the chemical herbicide Agent Orange, both in-country and off-shore.

"And you know, those people who served decades ago have waited too long to have the VA health care they deserve," she said.

The Congressional Budget Office is still determining the cost to taxpayers.