50% say police are tougher on people of color; but most approve of how police do their job 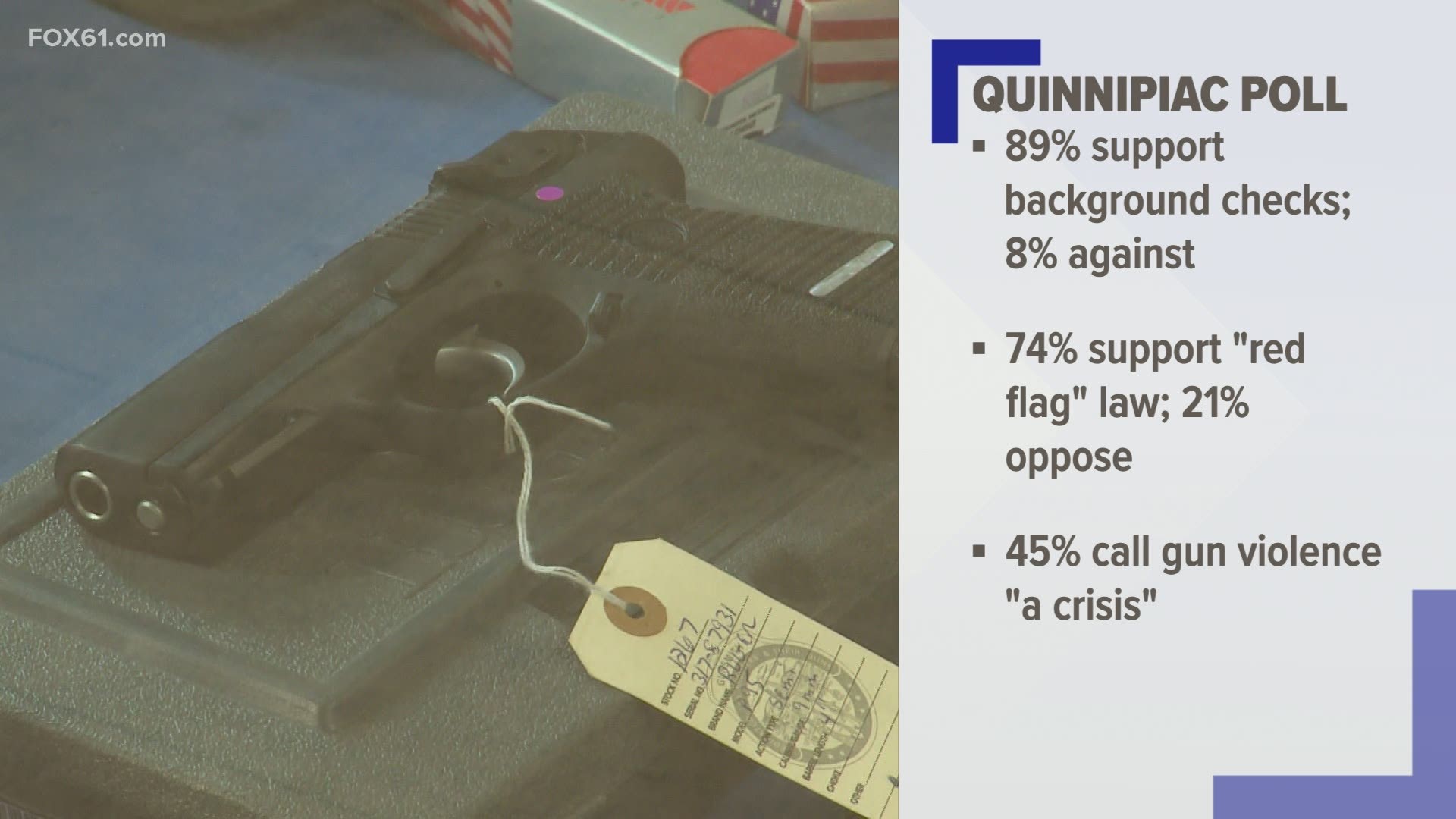 According to the same poll, half the respondents were in favor of expanding mail-in ballots, while 50% say police are tougher on people of color. Most approve of how police do their job.

The poll follows mass shootings in Atlanta, Georgia and Boulder, Colorado. People said they supported stricter gun laws. But that support varies widely depending on the measure.

“There are mixed feelings on whether gun violence has reached a true crisis point, but a clear consensus on reporting 'the threat next door' before it is too late,” said Quinnipiac University Polling Analyst Tim Malloy.

The poll also delved into questions of policing and race.

When it came to expanding mail-in ballots access that were put in place during the 2020 elections because of the pandemic and if they should become permanent, 54 percent of Americans say they support it while 42 percent oppose.

Nearly 7 in 10 Americans (69 – 25 percent) think the use of marijuana should be made legal in the United States.

The poll found that nearly 7 in 10 respondents (69 – 25 percent) think the use of marijuana should be made legal in the United States. That is a record number of people who support making recreational marijuana legal.