NAUGATUCK – A massage Parlor in Naugatuck busted for prostitution. The windows of Maple Massage were dark this evening following arrests by Naugatuck Poli... 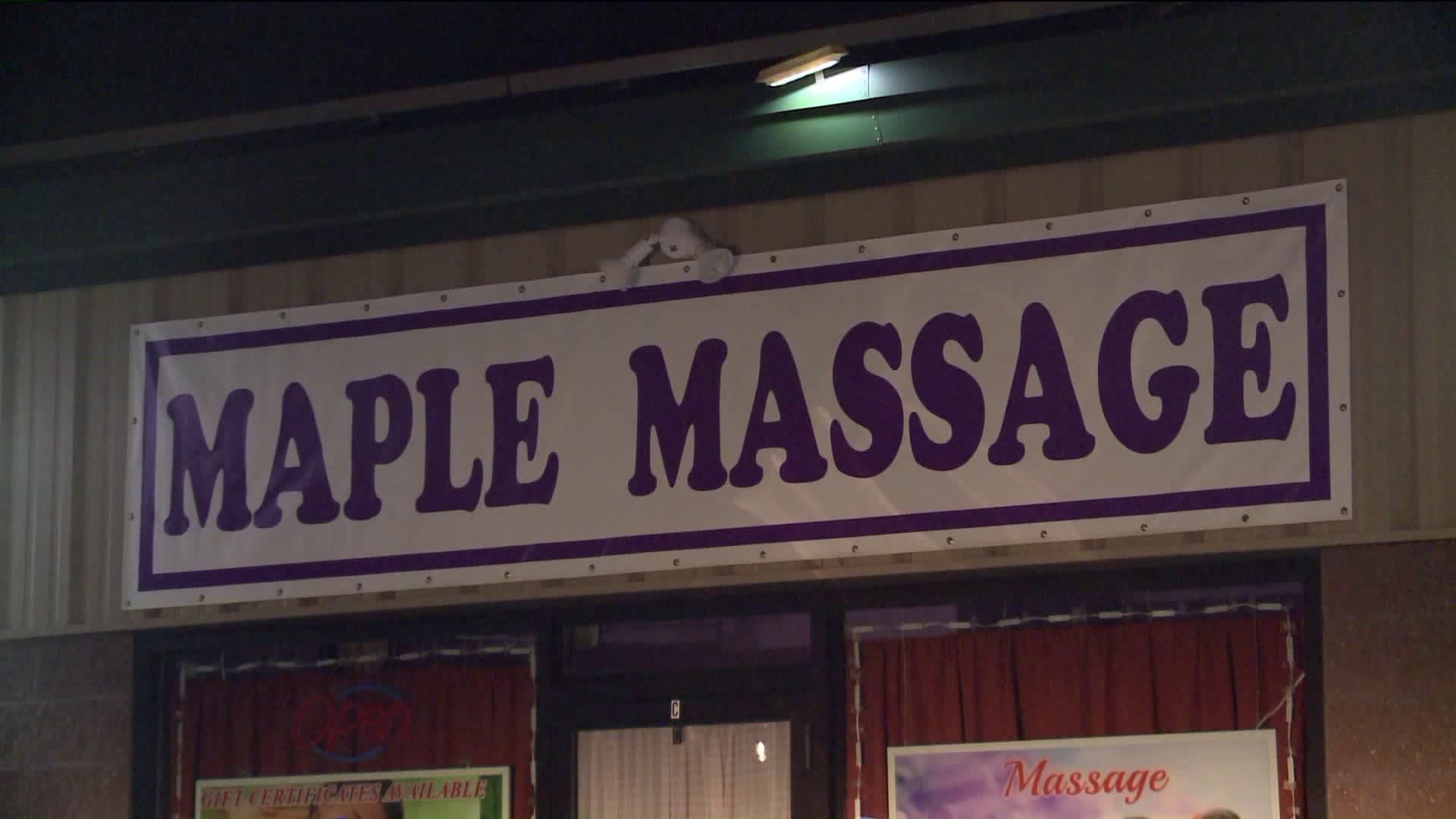 NAUGATUCK - A massage Parlor in Naugatuck busted for prostitution.

The windows of Maple Massage were dark this evening following arrests by Naugatuck Police. Authorities began gathering surveillance of the business on New Haven Road over the summer. Months of evidence led to the arrests of three women.

Naugatuck Police told FOX61 that they don’t stand for such business in their community and took immediate action.

"Often times we’re driving down the street and we’re not even noticing that these massage businesses are in our community, but they are all across the state of Connecticut," Jilian Gllchrest said.

State Representative Gilchrest has long worked to raise awareness about sex trafficking in the state of Connecticut. She noted that two of the arrested women were listed with addresses in Flushing, New York.

"There’s a network of illicit massage businesses across the county and often times we can track them back to Flushing, New York," Gilchrest said.

She says at any given moment there are about 250 illicit massage parlors in the State of Connecticut. Gilchrest believes it’s important to provide services to the women arrested for prostitution because they may be a part of a much larger issue.

"They might get bailed out by their trafficker and move to another location across the country," Gilchrest added.

Gilchrest commends the work by police across the state who continue to crack down on illicit massage parlors. The state of Connecticut is working to create new legislation to crack down on such businesses. The legislation would also work to help provide more aid and support to police departments fighting the issue.