ROCKVILLE  – The suspect in a disturbing case of animal cruelty went before a judge Wednesday. The details of this case graphic. Patryck Sochocki, 25, is ... 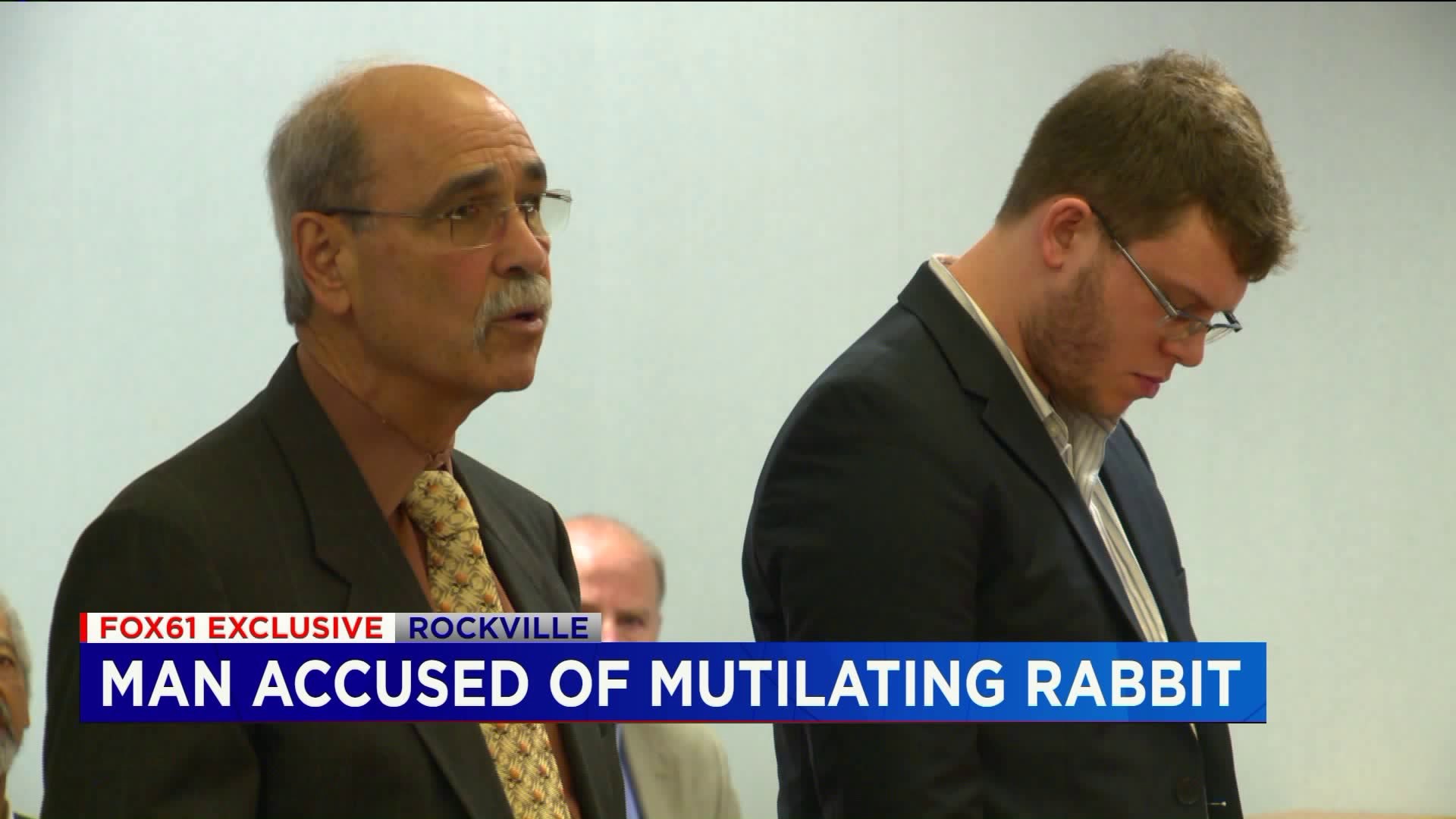 ROCKVILLE  - The suspect in a disturbing case of animal cruelty went before a judge Wednesday.

The details of this case graphic. Patryck Sochocki, 25, is facing several charges, the most disturbing of which involves a rabbit. He accused of mutilating the animal while driving.

Before judge in Rockville Superior Court, Sochocki pled not guilty to charges of animal cruelty among others. He had no comment outside the courtroom.

According to police reports he was observed swerving on Route 32 in Willington. Officers pulled him over, and when they approached the vehicle they noticed his shirt had chunks of white fur on it.

According to that report, in the vehicle they found scissors with blood on them and a rabbit who’s hind legs had been cut off.

Drug paraphernalia was also allegedly found in the vehicle. He was arrested on several charges, including, animal cruelty and driving under the influence.

In the courtroom, advocates from Desmond’s army said that based off what was described in police reports, this is one of the worst cases of animal cruelty that they’ve seen.

“It’s premeditated and could not even wait to get somewhere stationary, but started dismembering it in the vehicle as he was driving,” said Robin Zillacannamela, President of Desmond’s Army.

According to reports, that rabbit was taken to Bolton veterinary hospital where it had to be euthanized.

He scheduled to be back in court on January 7th.