NEW CANAAN – It’s been a long wait for a community with Jennifer Dulos firmly planted in their hearts. “I hope justice is swift,” said L... 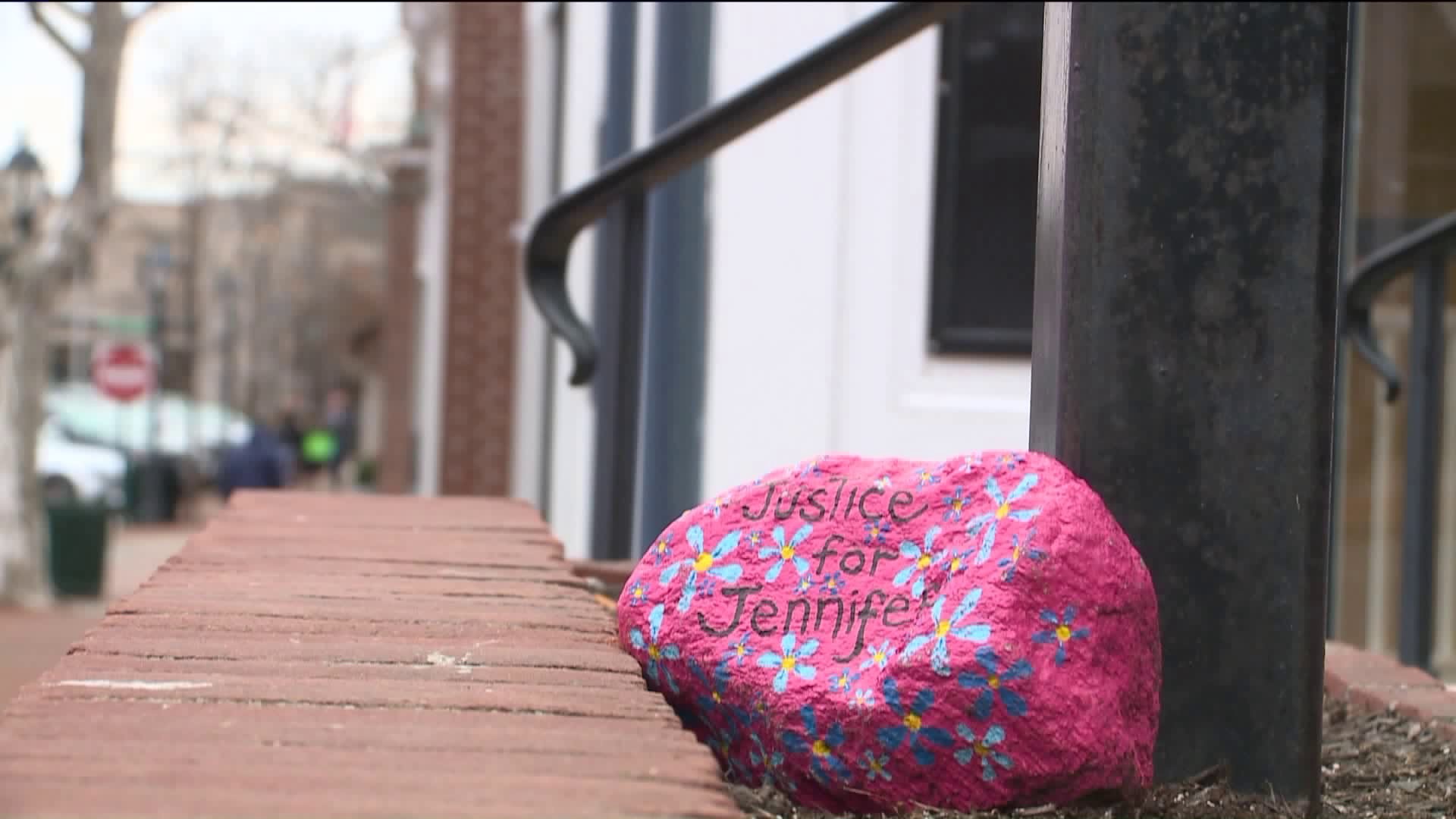 NEW CANAAN - It's been a long wait for a community with Jennifer Dulos firmly planted in their hearts.

"I think this is a step in the right direction and our prayers are with the family."

Pink rocks with the words “Justice for Jennifer” remain in front of local shops in the downtown district. They are a daily reminder to those closely following the investigation, satisfied to hear the latest developments.

"We weren’t going to forget her. Thank God they found out," said Marilyn Gifford.

Absolutely, 100 percent, so relieved. My first thought was thank God he was arrested," said Jody Russo.

The community was thankful to New Canaan Police for their hard work throughout their investigation. The department tweeted one word following the arrests, “Justice!”

"That’s exactly what it is for her parents, for her children. It’s just been a horrific situation," said Gifford.

"I think that justice is going to be served when he’s put away," said Amy Gottesman.

The arrests of Dulos, Michelle Troconis, and Kent Mawhinney are believed to be just the start for closure for a family forever changed.

"I don’t know if the family will ever feel closure but hopefully this is a step in healing," said Arrendondo.

"It seems like it’s been a long wait. Hopefully, everyone gets what they need at the end of this and can move on," said Ann King.

Her five children were at the top of mind for people heartbroken at the thought of them without their mother and now their father.

"Thank God they're with their grandmother and her friends who adored her," said Gifford.

"The Country School community has really rallied around them and done so much to support them and will continue to," said Karen Moss.

Jennifer's family said in a statement about the arrests, “Although we are relieved that the wait for these charges is over, for us there is no sense of closure. Nothing can bring Jennifer back. We miss her every day and will forever mourn her loss.”

That loss is felt throughout this community who say they will continue to show their support for the family in the coming months.