ROCKVILLE — New details have emerged in the case involving, Richard Dabate, the Ellington man accused of killing his wife and staging a home invasion back... 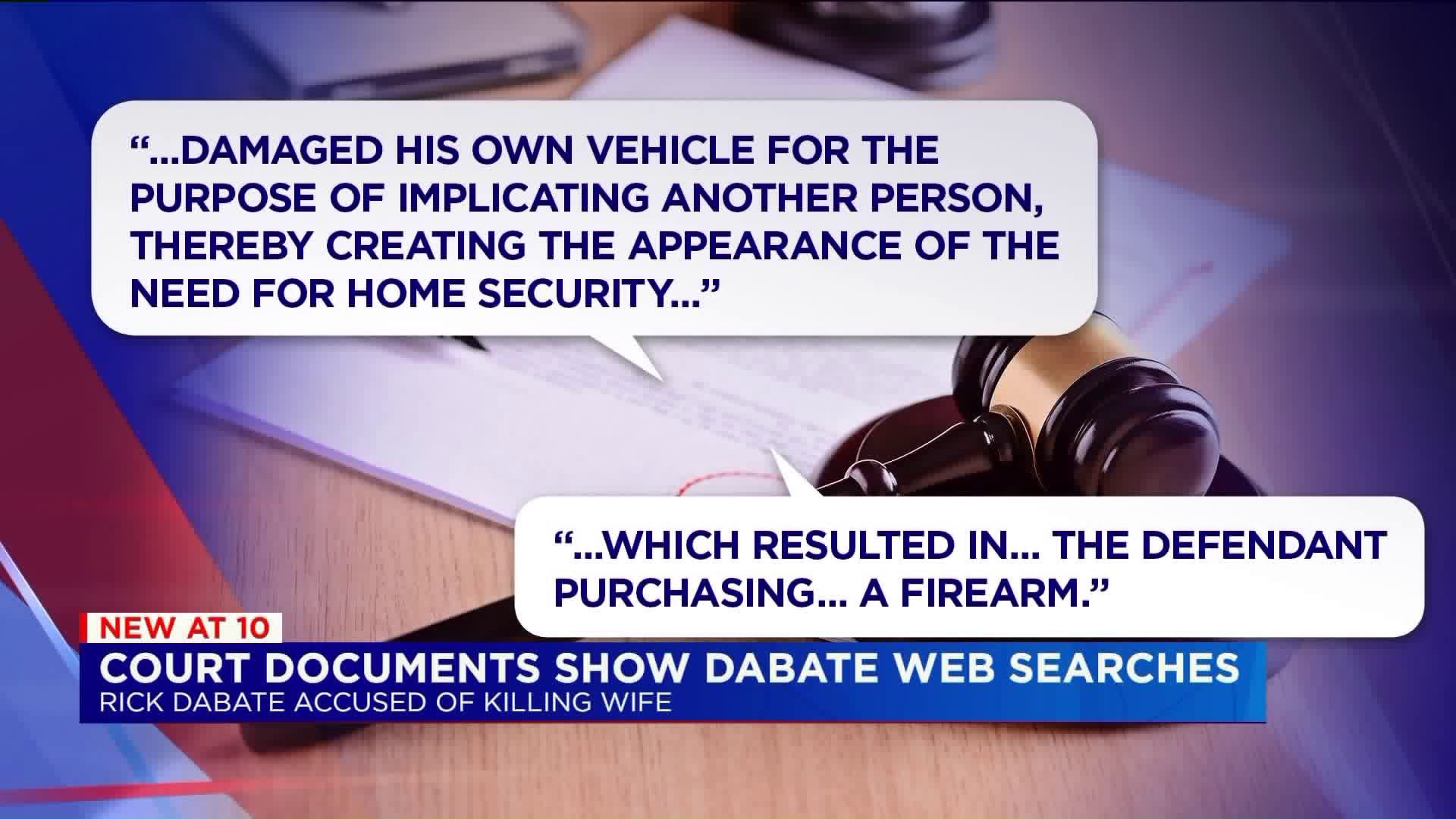 ROCKVILLE -- New details have emerged in the case involving, Richard Dabate, the Ellington man accused of killing his wife and staging a home invasion back in 2015.

Although with a trial just around the corner this year, Rockville Superior Court documents filed by the prosecution on Monday, revealed Dabate conducted multiple internet searches regarding poison a few months prior to his wife’s death. Debate was charged with killing his wife Connie Debate back in December of 2015 and is currently free on bail.

Internet searches included “deadly over the counter combinations,” “fast untraceable homemade poison,”  and “tasteless poison  easily available.” Other searches discussed how to use antifreeze as poison and where to purchase ricin- poison naturally found in castor beans.

Connie Debate was found dead of a gunshot wound to her head inside the basement of their Ellington home. Dabate told investigators that a masked man shot his wife and tied him up before fleeing.

Prosecutors believe debate staged the home invasion and are now revealing holes in his defense stating they have new evidence supporting Dabate  “damaged his own vehicle for the purpose of implicating another person, thereby creating the appearance of the need for home security which resulted in ...the defendant purchasing... a firearm”

Dabate was arrested and charged with Connie’s murder on April of 2017. The State plans on using the new evidence to demonstrate Dabate’s motive for murdering his wife.

FOX61 reached out to Dabate’s lawyer Friday, but have not heard back.

The next court hearing in the case is scheduled for January 27th .

If convicted of the charges against him, Dabate could face a maximum of 66 years in prison.