NEW HAVEN – Carl Robert Talbot, 30, died while incarcerated in a New Haven prison on March 21, 2019. His death is now being ruled a homicide by OCME. The ... 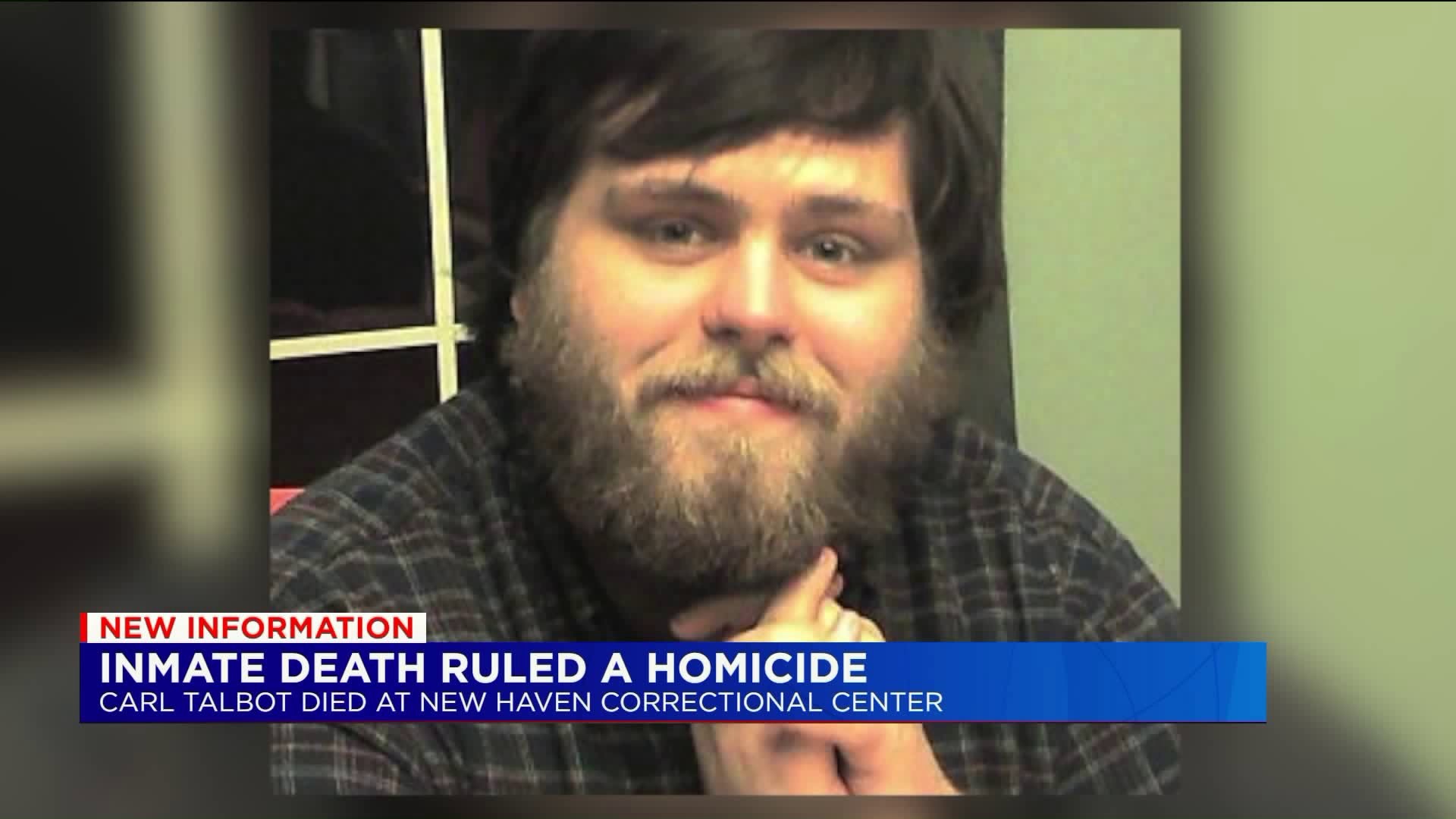 NEW HAVEN - Carl Robert Talbot, 30, died while incarcerated in a New Haven prison on March 21, 2019. His death is now being ruled a homicide by OCME.

The autopsy, obtained via OCME (Office of the Chief Medical Examiner) says that the manner of death is homicide and the cause being, "physical struggle with restraints, hypertensive atherosclerotic cardiovascular disease, and morbid obesity."

The Department of Corrections cannot comment on matters currently under investigation by the State Police and the State Attorney's Office but acknowledged that this remains "an incident of high priority."

State Attorney Margaret E. Kelley of the Ansonia-Milford District says that, "The State Attorney's office will be in contact with the family to assure that they are kept aware of the progress of the investigation."

“We were informed by the medical examiner this morning that she has ruled Robby’s death a homicide. We’re grateful for the thorough work that went into her findings.    As a large, close family we continue to cope with the devastating loss of Robby. He was a loving, gentle, non-violent person who suffered with life-long, serious mental illness. Though Connecticut has many wonderful programs addressing mental health and substance use disorders,  there remains a gap for the most serious and complex patients. We await the results of the ongoing homicide investigation and hope another family never has to go through this again.”

The DOC also mentions that just because the official cause of death is homicide, "that does not mean there was malicious or criminal intent; not all homicides are a crime."

Kelley goes on to say, "It is my intent to conduct a thorough and transparent investigation. It is my intention to complete this investigation and determination as soon as possible, but it also must be noted that these are painstakingly thorough investigations that do require time so it is not possible at this time to give any estimate of when the case will be concluded."

The DOC also adds that, "There is no more trying or troubling incident for all those involved than the death of an individual inside a correctional facility."