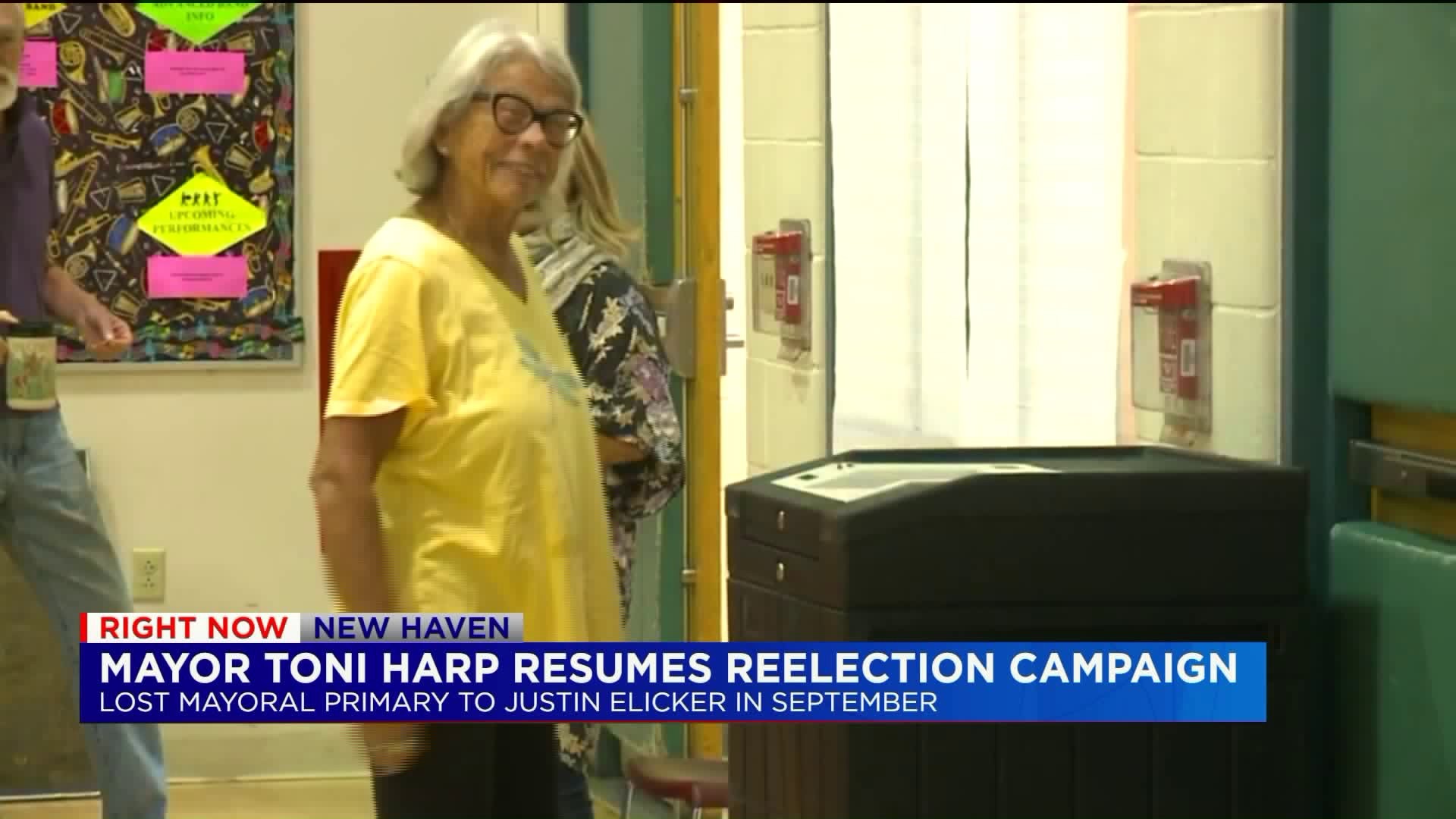 NEW HAVEN - Last month, after being soundly beaten in the New Haven Democratic Mayoral Primary, incumbent Mayor Toni Harp (D-New Haven) announced she was not going to actively campaign for re-election, even though her name would still be on the ballot.

But Thursday, Harp had a change of heart.

On a local radio show yesterday, Harp said she was "un-suspending" her campaign and said she was now "in it to win it."

After a 58 to 42 percent defeat, at the hands of Justin Elicker, in the Democratic Primary,many thought three term incumbent was cooked.

So, she decided not to actively campaign as the Working Families Party candidate on the ballot “because I really didn’t think there was a way forward to victory and so everywhere I went I would meet people who said please continue to run,” Harp told FOX61. “So now hundreds of people have asked me to continue running.”

She admitted today she was actually very surprised by how many people continued to urge her to run for re-election. And the more she thought?

“I believed that there is more work to do. And, every day, as I look at the various projects that we have on tap, I would hate to lose that was for the people of the city at the New Haven.”

Elicker also weighed in on Harp's change of heart.

“I’m not worried about it at all,” Elicker said. “I do think that it presents a confusing message to the city.”

Elicker says he and his team have knocked on 30,000 doors across the city and his only focus is the issues concerning residents.

“People want more affordable housing,” he said. “They want improved schools. They want our fiscal situation to come back into line and not such a huge tax increase.”

Harp added that she will not have a campaign headquarters or staff.

“I really don’t have the time to raise the resources for a big campaign staff,” she said. “I already have a number of people who are volunteering and doing the work.”

Election Day is two and half weeks away. Harp says she is excited to continue leading "the most vibrant, economically viable city of its size in Connecticut of this size.”