NEW HAVEN – Crime statistics show that since 2011, homicides in New Haven, are down nearly 70% year over year. However, police brass revealed the number o... 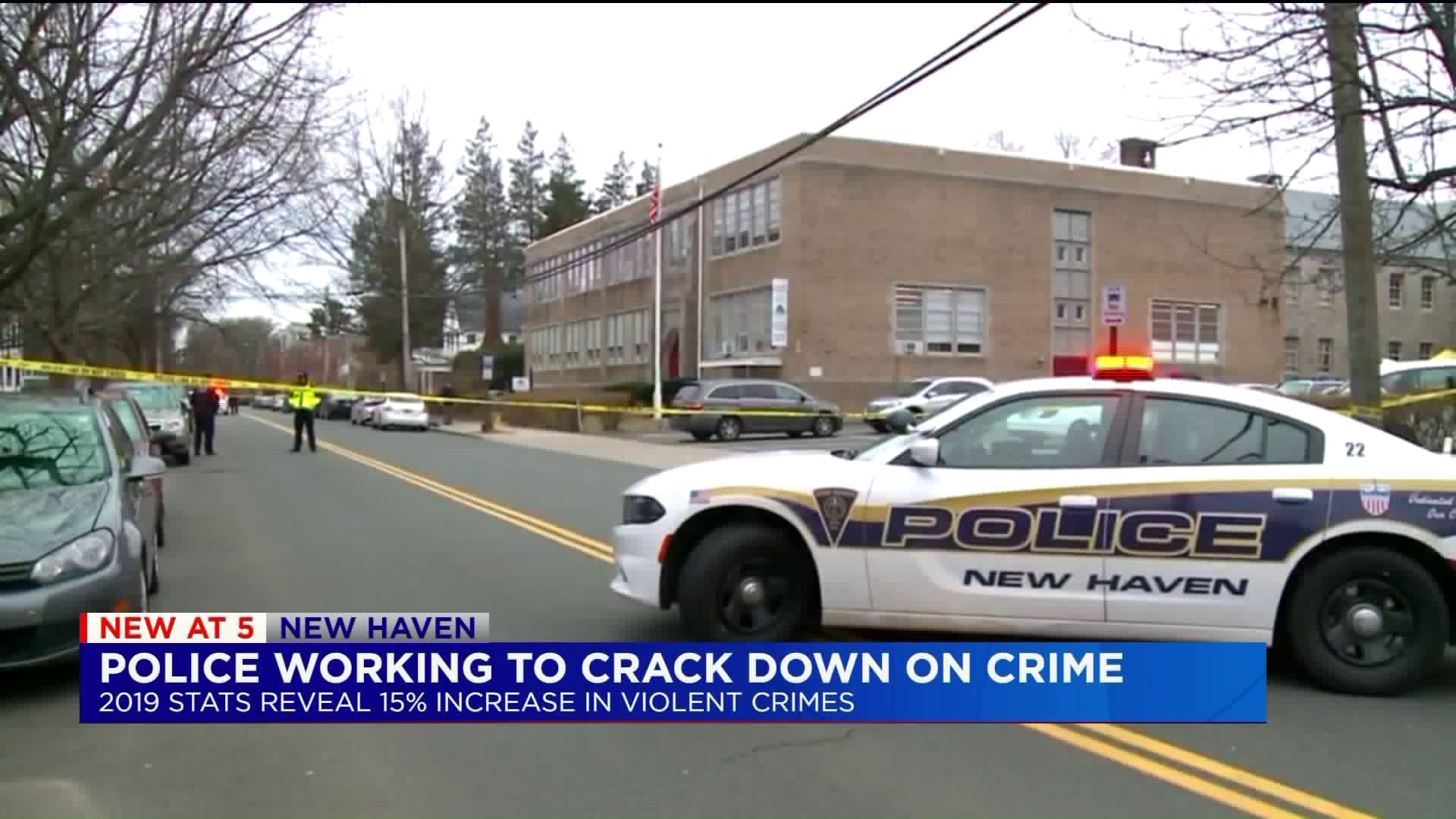 NEW HAVEN - Crime statistics show that since 2011, homicides in New Haven, are down nearly 70% year over year. However, police brass revealed the number of violent crimes committed in the city is up over last year.

During their weekly CompStat meeting Thursday, New Haven police revealed its crime statistics for 2019. Of note, a 15% increase in violent crimes this year compared to last year.

“The spikes are attributed to we had some major players that came out,” New Haven Police Chief Otoniel Reyes.

A prime example: the man shot Monday, outside of the Catholic Academy of New Haven, had just been released from prison in November. And, he had gang connections.

“A lot of it is we’ve got to do a better job of identifying these people as soon as they come out, getting in front of them and letting them know we are watching them,” Reyes said.

“We need to do a better job at our community meetings to continue showing our presence and talking about this mindset of safety,” Reyes said.

Also, in the coming year, Reyes says his department will beef up their intelligence operations, even though they are down 100 officers from where they should be.

“So, we’re going to have to do better at partnerships and making sure we identify and predict and prevent,” said Reyes

He says the police department will do a better job in responding to quality of life crimes, like stolen cars and burglaries.

“To be honest with you, the shootings impact our community far less than those burglaries,” Reyes said. “Those burglaries are a lot more personal.”

Chief Reyes added a very important initiative for 2020: continuing to recruit prospective officers now that a brand new union contract is in place.