New Haven’s transition from Harp to Elicker has begun

NEW HAVEN – On his first full day as mayor elect of New Haven, Justin Elicker said there is much work to be done even before he’s inaugurated January 1. E... 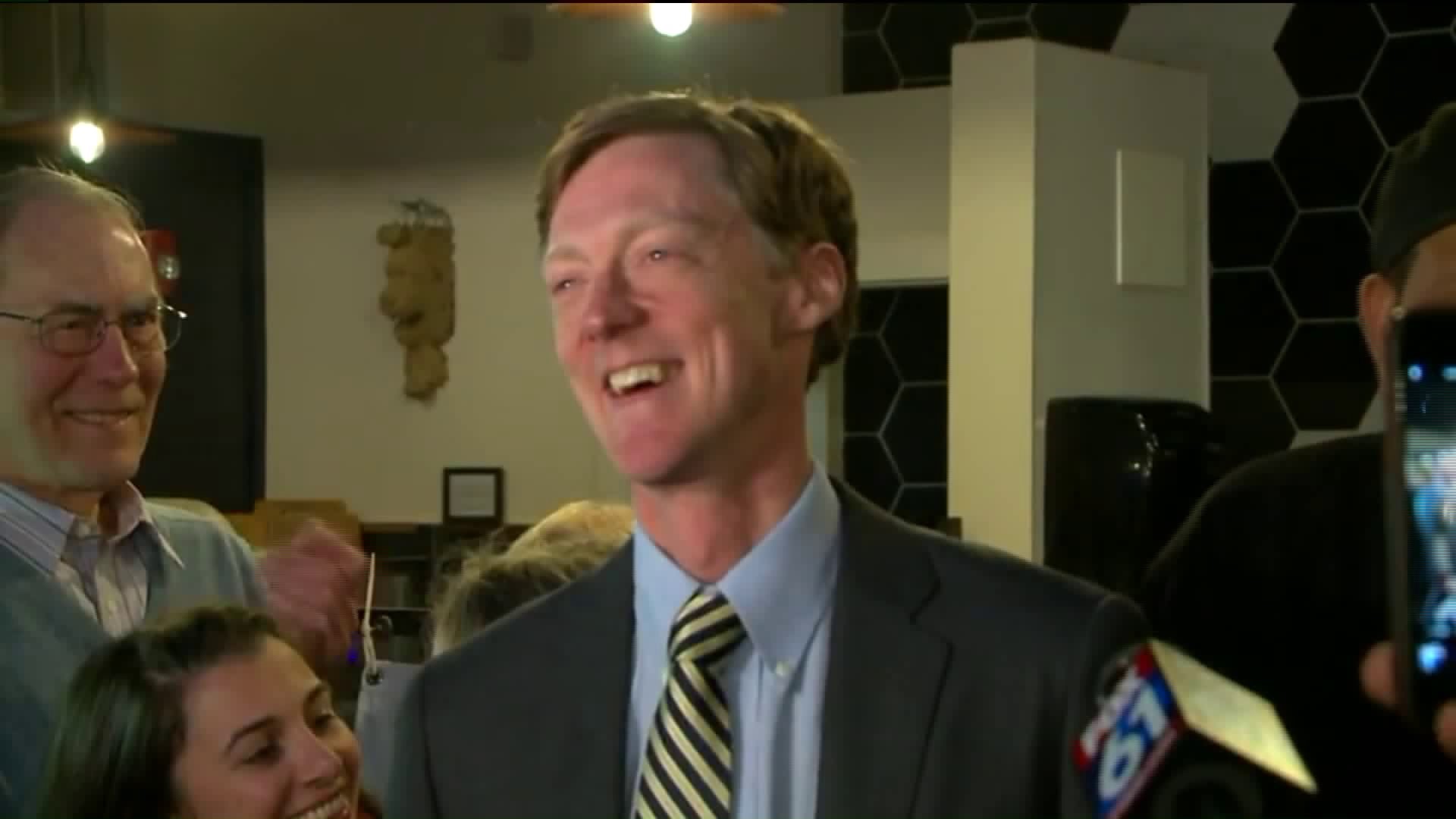 NEW HAVEN - On his first full day as mayor elect of New Haven, Justin Elicker said there is much work to be done even before he’s inaugurated January 1.

Elicker says his administration will be accessible and he encourages the public to reach out, which they already are.

“Hopefully this guy, this Elicker guy could stick to what he says and you know we can just fiix the roads,” said Keith Bryant,  of the

Headz Up Barbershop on Whalley Ave.

Among those that attended the packed Elicker victory celebration last night was a woman, who is a staunch supporter for three term Mayor Toni Harp (D-New Haven). She wanted to make certain Elicker knee what her neighborhood needs.

While Elicker promises to be responsive to resident's concerns, he asks for patience in a city full of challenges, including with finances. So, he's already been in touch with the mayors in Hartford, Waterbury and Bridgeport

“Major cities in Connecticut are really struggling financially and if we work together as a team we are way more likely to get things done for our cities,” said Elicker.

Another issue that’s come up: the turmoil in the Board of Education, which doesn’t only include the recent buyout of now former Superintendent of Schools Dr. Carol Birks.

“There’s been elimination of teachers positions, guidance counselors, librarian positions,” Elicker said. “There was a debacle with the transportation system.”

And, the city is on its fourth Superintendent of Schools in three years.

“There’s been, frankly, a lot of drama and disruption in the Board of Education and what’s very important is that we have some stability,” said Elicker, who senses will happen under the direction of Interim Superintendent Dr. Illene Tracy.

Elicker says his rapidly working on formulating his transition team, which will include both supporters of Harp and him.