SPRAGUE — A statue seven years in the making was unveiled in Sprague on Veterans Day. “From way back, I have been… let’s get the women some recognition fo... 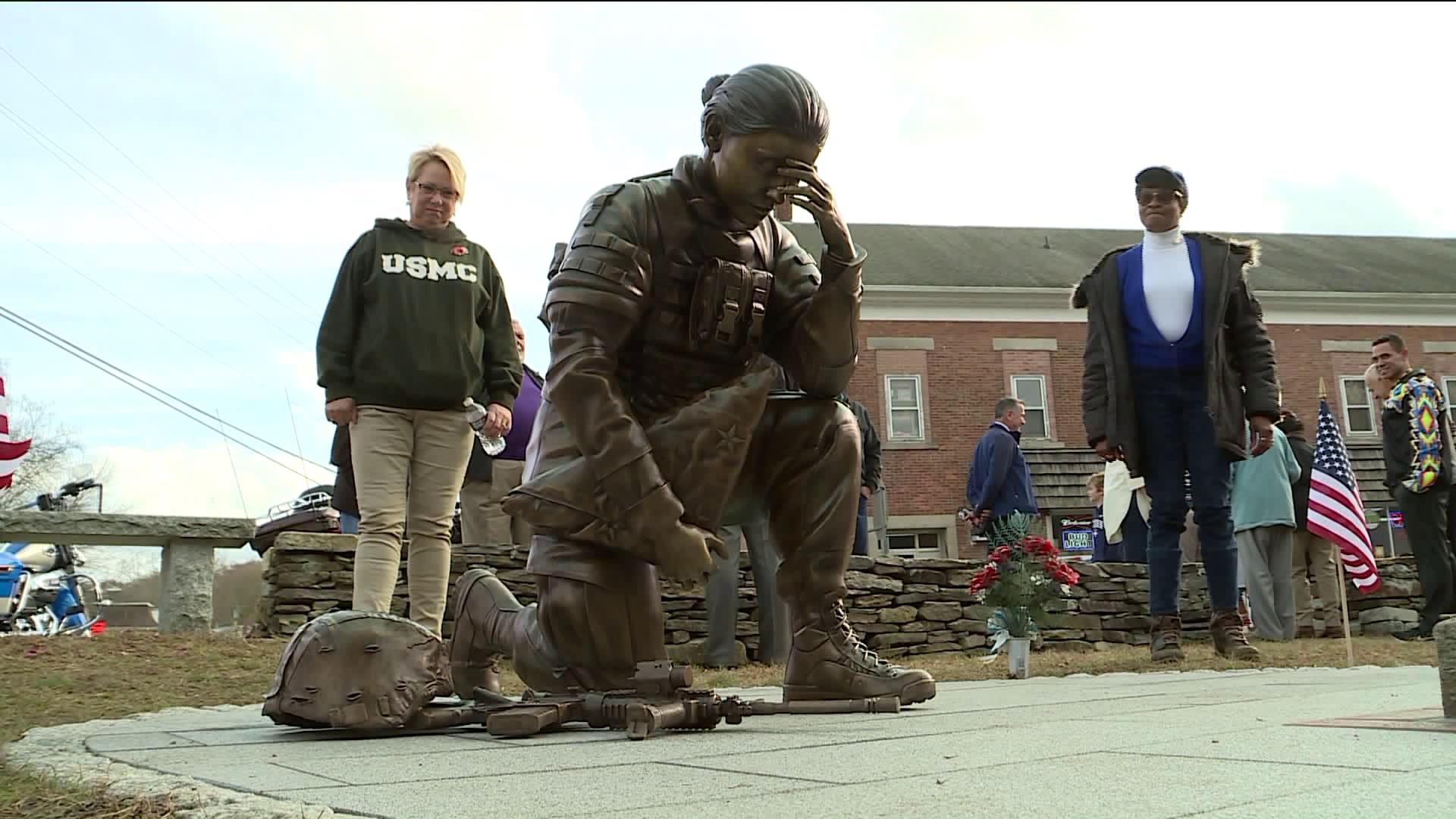 SPRAGUE -- A statue seven years in the making was unveiled in Sprague on Veterans Day.

“From way back, I have been… let’s get the women some recognition for anything and everything they did,” says 93-year-old Elizabeth Yeznach of Gales Ferry.

Elizabeth joined World War II in 1943 as a Cadet Nurse. 74 years after World War II, women are being recognized for all of the work they do in the military. The American Legion unveiled a statue of a female combat soldier kneeling in front of the town’s fallen soldier statue. She holds a folded American flag in her arms.

“I have been so excited about this,” says State Senator Catherine Osten, the Post Commander of the 85th American Legion. “I haven’t stopped smiling since it arrived.”

The statue is the first of its kind in the state and both men and women say it finally gives women veterans the recognition that they deserve.

“It’s something that, unfortunately, their serving in harms way means a lot because they’ve gone forgotten for so long,” says Jeffrey DeClerck, Senior Vice Commander of Connecticut’s American Legion Department. “My position has always been a veteran is a veteran and it shouldn’t have to be classified by gender.”

The statue serves many purposes along with recognition.

“This is to encourage them to recognize that they are a veteran just as anyone is a veteran,” says Osten.

Historically, Osten says women haven’t taken advantage of benefits given to veterans. She hopes the statue will encourage them to do so.

As for the recognition, 93 year old Elizabeth, a veteran in her own right, is overwhelmed. “I can’t say…”