WINDSOR LOCKS — New information about the ill-fated B17 that crashed at Bradley, killing seven and injuring seven others. The NTSB’s preliminary report was rele... 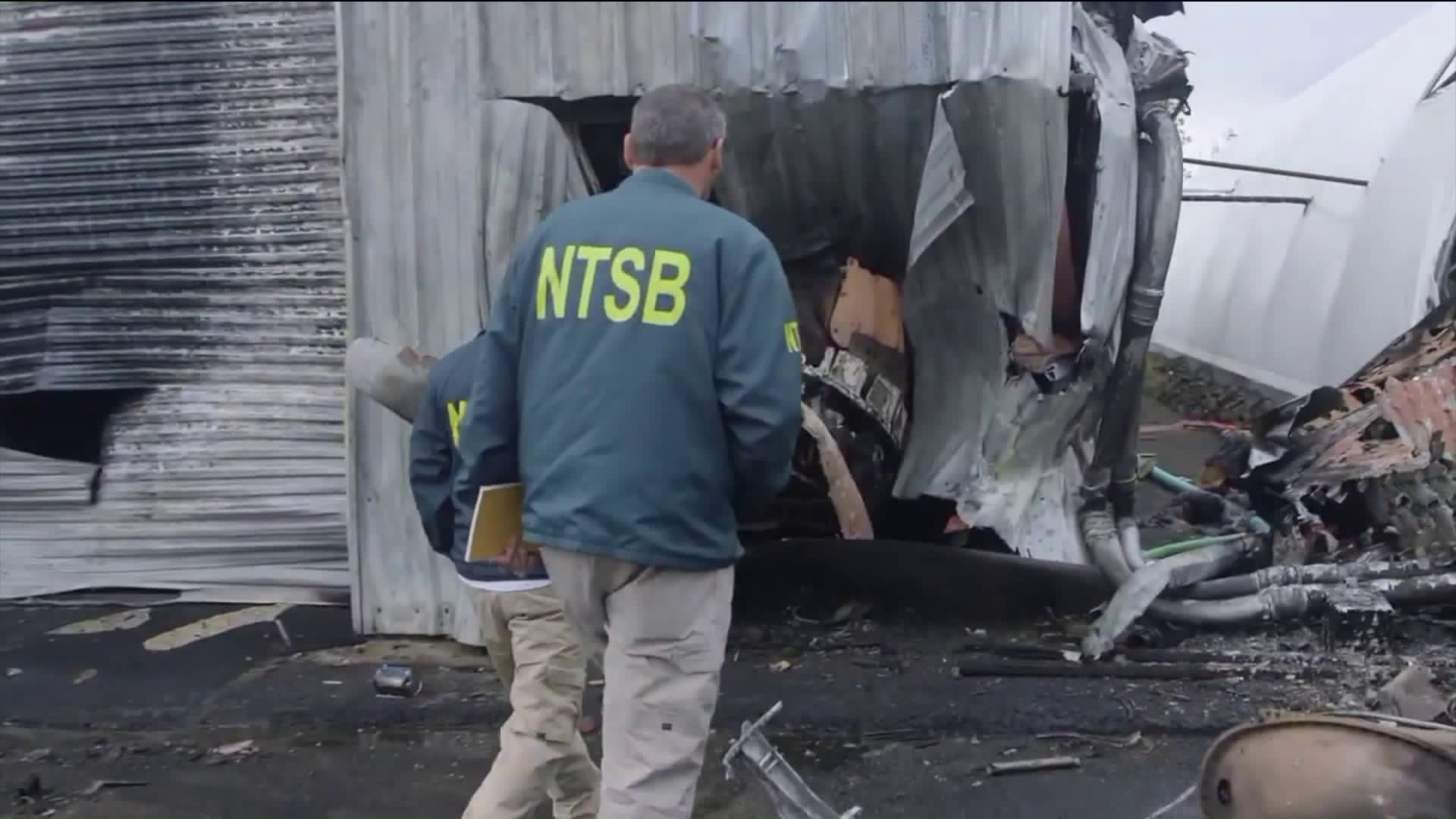 WINDSOR LOCKS — New information about the ill-fated B17 that crashed at Bradley, killing seven and injuring seven others.

The NTSB’s preliminary report was released. It provides some answers, but also raises some questions.

The NTSB has secured parts of the wreckage from runway six to continue analyzing before issuing their final report in about a year.

Sen. Richard Blumenthal said Tuesday, “The focus of the NTSB has to be on engines three and four.” The NTSB preliminary report found at the time of annual inspection in January, engines 1, 2 and 3 of the B17 had just been overhauled. But Engine 4, the problem engine, had 838 hours since its last major overhaul. Eric Zachs of West Hartford said, “With a normal plane of you are going on Delta or American you assume that certain maintenance is being done. Probably you would to ask more questions about getting on a vintage plane.”

The report also found a 100 hour inspection was performed at 268 hours. Jennifer Homendy of the NTSB said, “That inspection is called a continuous air worthiness inspection. From there, there are requirements to have progressive inspections think of it a lot like a car where you would have service.” “One of the very important questions is why that 100 hour inspection was apparently done 160 hours after it should have been,” said Sen. Blumenthal.

Additional new information includes findings that, at some point, several blades separated from their engine propellers. The report additionally revealed that engine 4 propellers were in what’s called a ‘feathered’ position. A position to minimize air drag typically associated with engine failure.

Additional facts include no flight plan was filed, landing gear was extended, and no anomalies were found in the fuel. The plane was operating under a ‘Living History Flight Experience’ exemption. Now being probed by federal agencies. The Collings Foundation issued this call to action to their supporters. “We need to let federal agencies know that the LHFE program is important to you and other American citizens as an educational tool.” Sen. Blumenthal said, “I hope the FAA will re-examine those exemptions. Not to grounds the planes. And I reemphasize, not to ground the planes but simply to make them safe.”

Flyers at Bradley have mixed feelings on if they’d go up in a vintage plane. Jim Mazik of Holyoke, MA said, “I certainly would want to be flying on a plane of that age and era.” But Eric Zachs of West Hartford said, “When you have an accident like that it scares everyone, but there is a lot more information to get.”

This report doesn’t make any determinations or recommendations. Fox61 did reach out to the Collings Foundation for comment on Tuesday's findings. They did not get back to us.

Five passengers were killed along with McCauley and the co-pilot, Michael Foster, 71, of Jacksonville, Florida, according to the Connecticut Department of Emergency Services and Public Protection. Passengers Gary Mazzone, 60, of East Windsor, Robert Riddell, 59, of East Granby, James Roberts, 48, of Ludlow, Massachusetts; David Broderick, 56, of West Springfield, Massachusetts; and Robert Rubner, 64, of Tolland, Connecticut.

The vintage bomber _ also known as a Flying Fortress, one of the most celebrated Allied planes of World War II,  was used to take history buffs and aircraft enthusiasts on short flights, during which they could get up and walk around the loud and windy interior.