ENFIELD — A veteran has been arrested and charged for a domestic-related incident early Friday morning on Arrow Street. A 911 call was received shortly af... 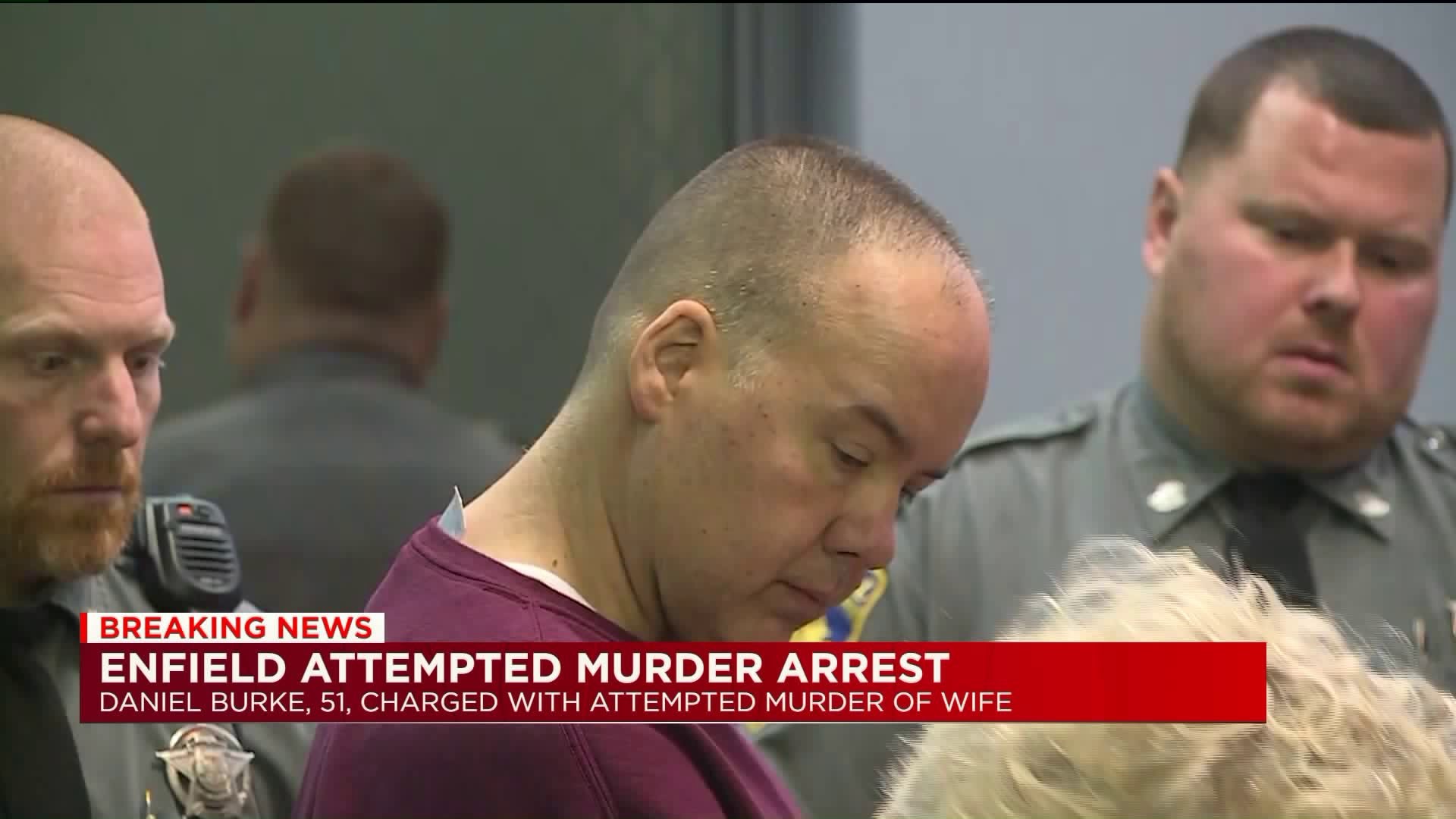 ENFIELD -- A veteran has been arrested and charged for a domestic-related incident early Friday morning on Arrow Street.

A 911 call was received shortly after 5 a.m. for a domestic disturbance at the home.

As soon as officers arrived, they were greeted by Daniel Burke who was covered in blood on his hands and said "I got to be honest with you, I just murdered my wife."

According to court documents, that is when officers stormed inside the home to find his wife lying on the ground with cuts so deep her internal organs were exposed.

Two children were inside the home when the incident happened.

It goes on to state his wife told an officer Burke is a correctional officer who is suffering from depression.

Burke told officers "things were not going well" and his last day of work would be sometime this month. He also confessed to buying the knife at a flea market.

During the arraignment, Burke's attorney said he is aware he has issues and should have sought counseling a long time ago.

"Mr. Burke has unfortunately been going through extremely stressful times for the last several weeks, actually longer than that. Perhaps he should have sought counseling or something but we are not going to have a trial today," said Burke's attorney.

The prosecutor argued Burke is a dangerous man who committed a disturbing crime and should be off the streets.

"Some of her organs were protruding from her stomach. She gives a description to police exactly what happened, how it happened and what manner the weapon was used. The weapon was found at the scene.
Mr. Burke was covered in blood, He confesses to the crime. It was captured on video tape," said the prosecuting attorney.

The judge placed two protective orders on Burke where he is not allowed to own any firearms and is to have no contact with his wife.

Burke's bond has been set at two-million dollars. He is set to appear in court again on December 30.