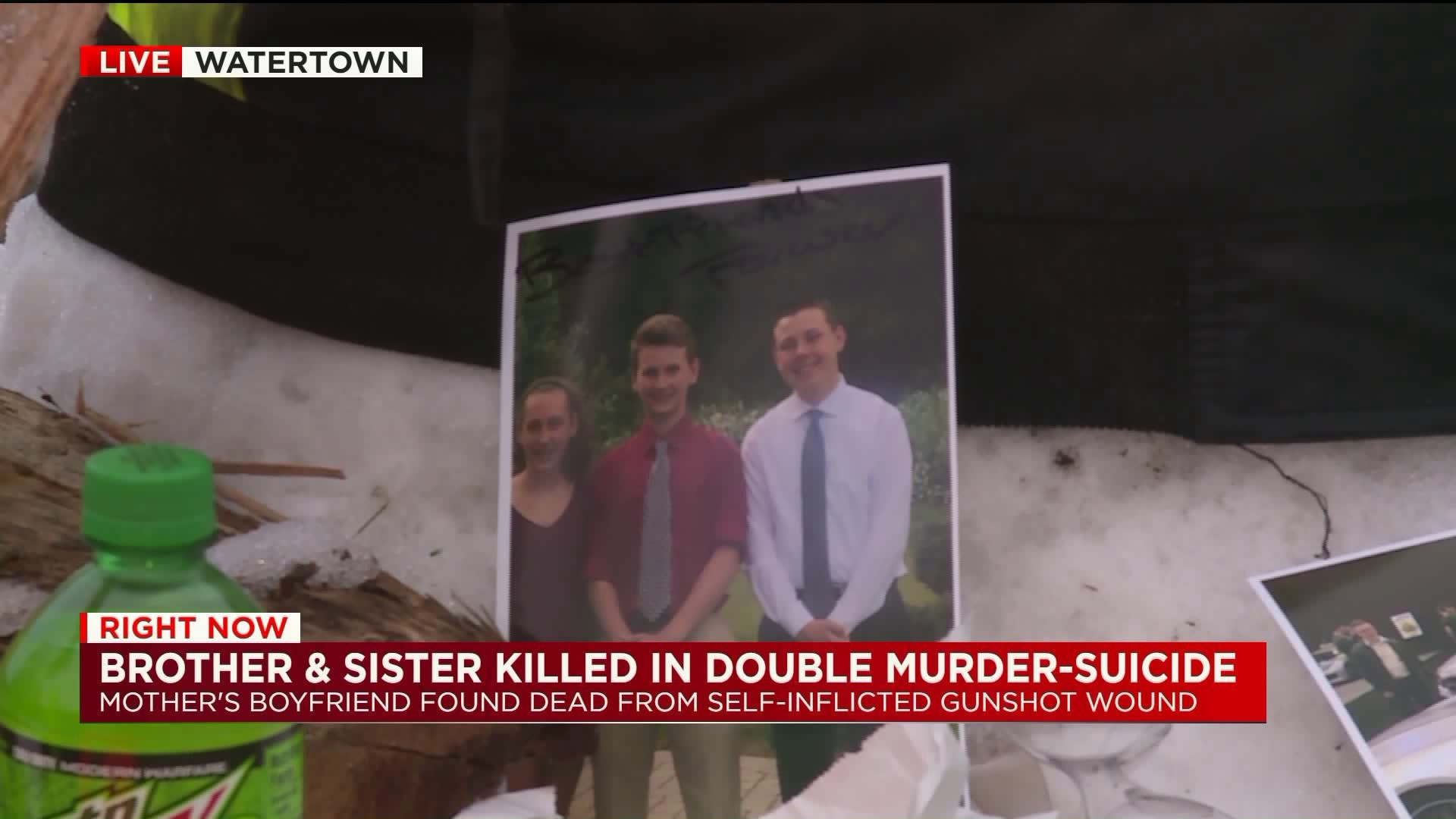 Police said 15-year-old Della Jette, and her brother, 16-year-old Sterling Jette Jr., were shot around 9:45 p.m. at their house on Litchfield Road. The shooter, police said, was the mother's live-in boyfriend, 42-year-old Paul Ferguson. Ferguson shot himself soon after shooting the teens, according to police.

The shooting unfolded after a reported domestic dispute over the boyfriend smoking cigarettes in the home, police said. The mother, Danielle Jette, in an interview with police, reported that Della took issue with the smoke. The two were discussing the issue after the daughter got home from a field trip that evening, police said.

Ferguson was reportedly in the basement, watching TV with Sterling when he overheard the conversation. Ferguson then went upstairs and told the daughter to 'quiet down' and to not talk to her mother 'that way', according to police.

After an exchange back and forth, police said Ferguson went back to the bedroom, retrieved the gun, and came back. Sterling came up upstairs to interceded, and police said that's when Ferguson shot him in the leg.

Danielle ran downstairs to find a phone to dial 911, police report. While down there, she heard a gunshot that was Ferguson shooting Della out on the deck in the chest, police said. The second shot came when Ferguson reportedly shot Sterling in the chest inside the home.

Police said following the double shooting, Ferguson went to the bedroom and shot himself.

Sterling was able to communicate to Danielle, briefly, and then she went out to perform CPR on her daughter, police said.

When first responders arrived on the scene, they began first aid on the victims, but police said their wounds were too serious.

Police said Ferguson was a felon, convicted on unlawful restraint charges. He was not eligible for a gun. The Glock used in the shooting was in a safe in the master bedroom, and he had access to it.

Danielle and Ferguson were in a two-year relationship and had only just moved into the home two weeks prior, according to police.

Police said when they receive a call that a person is armed in a home that shot someone, they have to assume they will engage with police. A perimeter was set up around the house before they entered. They cleared each room before finding Ferguson dead in the bedroom, according to police.

Police commented on another tragedy that happened at the home on October 22nd, 2016, where the father of the teens killed died from a self-inflicted gunshot wound.

A candle lit vigil is scheduled Wednesday in Watertown on Main Street at 7:30 p.m.