HONOLULU – Saturday marks the 78th anniversary of the Japanese attack on Pearl Harbor in Hawaii. The surprise raid on the U.S. Navy base near Honolulu kil... 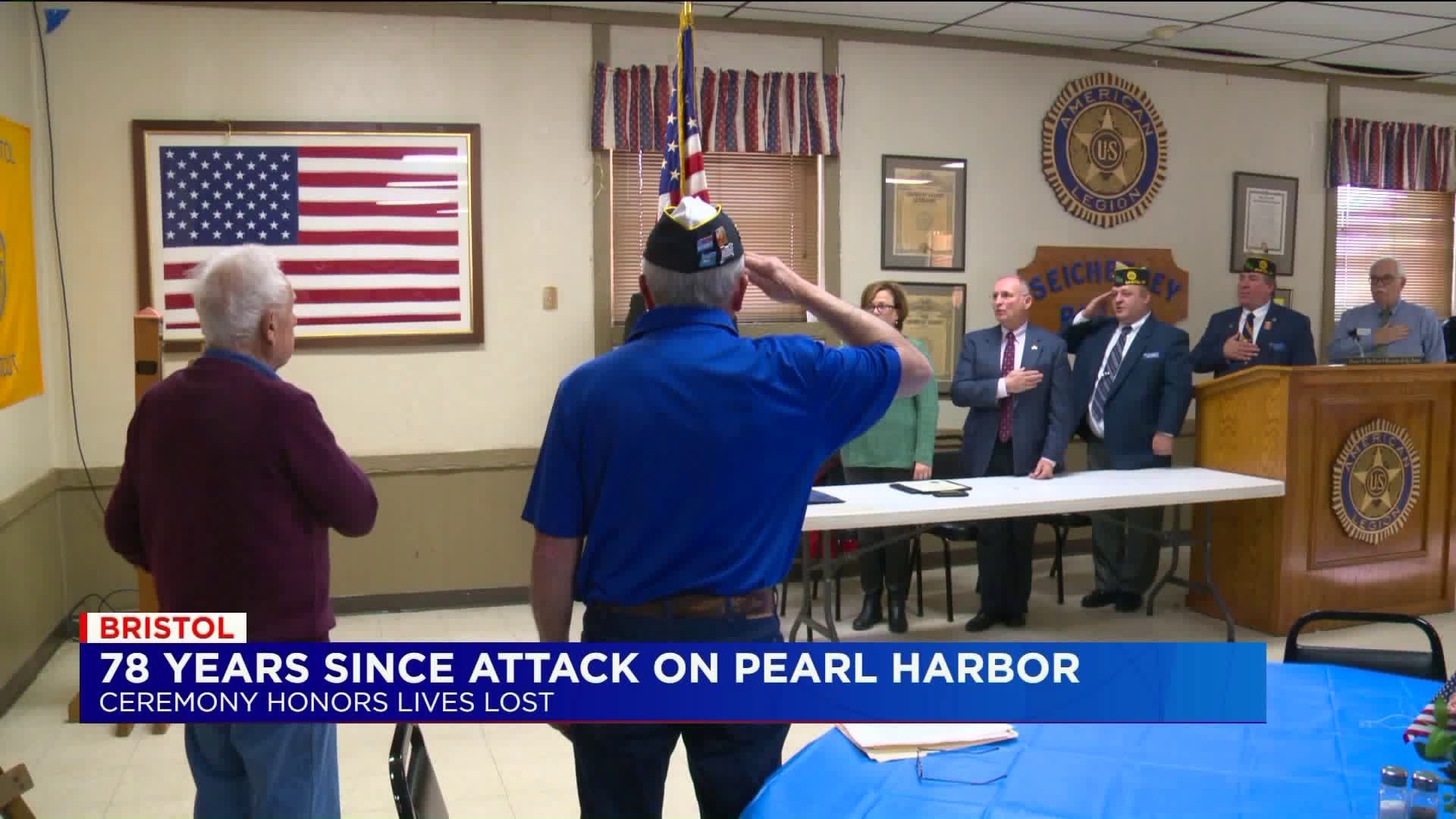 HONOLULU - Saturday marks the 78th anniversary of the Japanese attack on Pearl Harbor in Hawaii.

The surprise raid on the U.S. Navy base near Honolulu killed more than twenty-four hundred Americans and thrust the United States into World War Two.

Remembrance events are held every year at the Pearl Harbor National Memorial.

The annual commemoration ceremony marking the anniversary of the attack will continue as planned on Saturday, even though, a U.S. sailor killed two civilian workers and injured another before killing himself at the naval base just a few days ago.

Saturday's ceremony will include the us navy's pacific fleet band, a Hawaiian blessing, wreath presentations, a rifle salute by the us marine corps and a vintage aircraft flyover.

Local ceremonies are also scheduled in various towns across the state.

Governor Lamont has ordered all flags to be flown at half-staff for the day to honor those killed in the attack, and the Pearl Harbor Bridge in New Haven will be lit in red, white, and blue tonight.

In WEST HAVEN, the Veterans Council will hold an observance of at 10:30 a.m. at the William A. Soderman Memorial on the Veterans Walk of Honor in Bradley Point Park. All veterans are invited. The solemn service will include a presentation of the colors by the West Haven Police Color Guard and a flag-raising by the West Haven Fire Department Honor Guard, and remarks from Mayor  Rossi, Veterans Council President Dave Ricci and VFW Post 9422 Cmdr. Freddy Jackson. Jerry Lehr, son of the late William C. Lehr, a Pearl Harbor Navy veteran, will read the names of the 18 Connecticut servicemen who died in the attack.

GREENWICH’s annual Pearl Harbor observation event, organized by American Legion Post 29, will take place at 4:30 p.m. Saturday in the Margenot Atrium at the town’s public safety complex at 13 Bruce Place. The public is invited to attend.

In BRISTOL, American Legion Post 2 will conduct its opening ceremonies at the post at 22 Hooker Court at 11 a.m., – the same time that Pearl Harbor was attacked, our time on the East Coast. WWII veteran Joe Caminiti will then be honored. A picture will then be taken of all World War II veterans present, followed by a meal cooked by the Korean Veterans Association.

In NEW HAVEN, VFW Post 12150 will commemorate National Pearl Harbor Remembrance Day 2019 with a Dining Out with Veterans and Friends at the Trinity Bar & Restaurant (157 Orange St.) Seating is limited and advanced tickets are required for this exclusive event, which may be purchased online (DiningOut.Eventbrite.com) or from the organizers for $30.00. niform is business casual.
Celebrated Trinity Chef and Co-Owner Shane Carty will prepare a 7:00 p.m. dinner in the banquet room. Hors d’oeuvres of will be served during the cash-bar reception after 6:00 p.m.

And in WATERTOWN, the annual Pearl Harbor Day ceremony will take place Saturdaya at noon on the east side of the Pearl Harbor Bridge on Main Street (Route 73) in Oakville. The Oakville VFW Post 7330, American Legion Post 195 and Water-Oak VFW Post 5157 will be participating in the ceremonies. All are welcome to attend. For information, call Post 7330 at 860-274-5225.