Can a President delay a federal election?

President Trump tweeted on July 30 about how universal mail-in voting for November would make 2020 the "most INACCURATE & FRAUDULENT Election in history..." 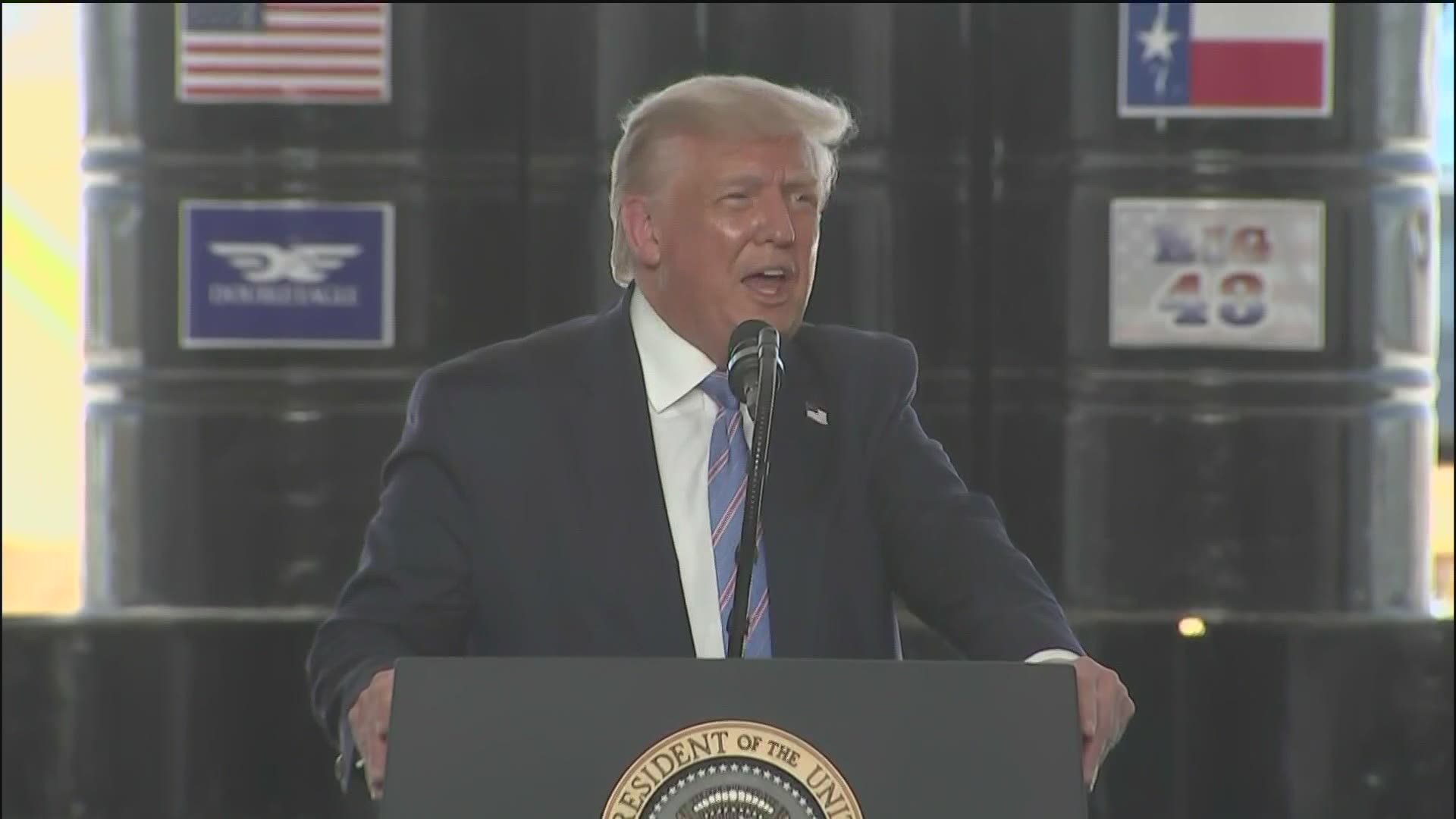 Trump tweeted universal mail-in voting for November would make 2020 the "most INACCURATE & FRAUDULENT Election in history....Delay the Election until people can properly, securely, and safely vote???"

Can he legally delay a Presidential election?

House Speaker Nancy Pelosi quoted this article of the Constitution in a reply tweet to Trump.

And Attorneys General are committed to holding the election on the same day it has been held since 1845-- the Tuesday after the first Monday in November.

"Connecticut will have its election and we will select a President," says Attorney General William Tong. "And whether or not it's Donald Trump, Joe Biden or otherwise is up to the people of this country, not Donald Trump."

In Connecticut, lawmakers overwhelmingly approved a no-excuse absentee ballot law for the 2020 election. That means voters may cast their ballots via absentee ballot for the general election due to the pandemic. So far towns and cities have received a spike in applications. The state has already received hundreds of thousands of absentee applications for the August primaries.

"I have to be honest. There are problems that are associated with mail-in ballots and absentee ballots in association with the guarantee of the honesty of the election, which you don't have for in-person voting," says Professor Kay. "On the other hand, there are some safeguards doing it that way to the extent that we're relying on computers and technologies to do our in-person voting, that has risk as well."

"Absentee ballots and voting by absentee in the middle of a public health emergency is our only option," says Tong.

A general election has never been canceled before--not during the Civil War, not during World War II, and not during the Vietnam War. Lawmakers on both sides of the aisle say they are committed to holding an election on November 3.