The bill would bar unvaccinated children who don’t qualify for medical exemption from enrolling in school. 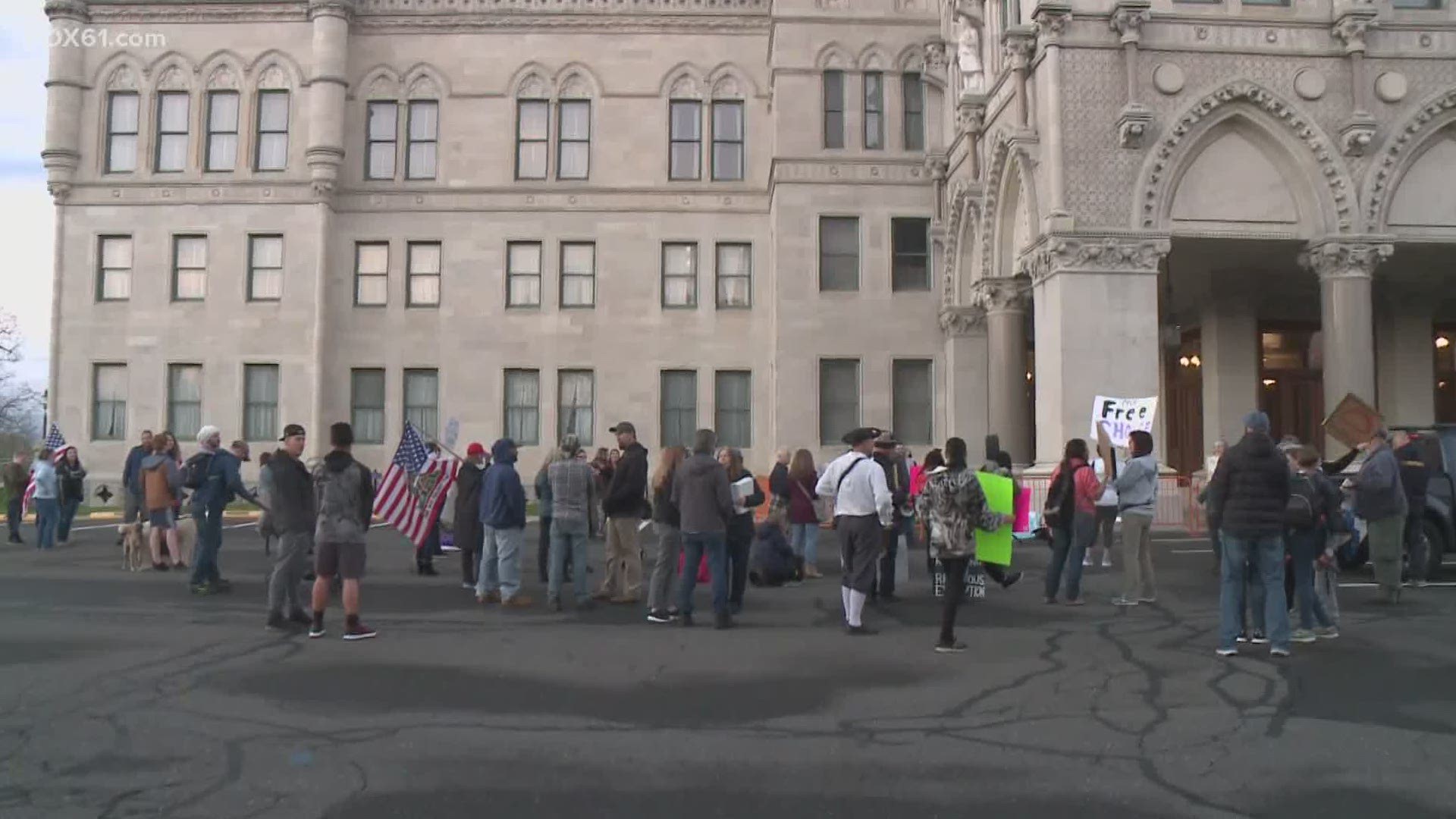 HARTFORD, Conn. — Update: An amendment to grandfather-in kids in Grades K through twelve has passed. But there are several other amendments being heard before the house takes a final vote.
If these bills succeed, the exemption would be removed starting September 1, 2022.

A contentious bill that would eliminate a religious exemption for vaccinations in the Connecticut school system will be voted on at the House floor on Monday.

The controversial bill has prompted a strong reaction from both sides of the issue.

Parents in opposition to the bill are waiting to see if their children will be able to stay in school come next year. Those parents said the bill is another way the government is trying to take their rights away make decisions for their child.

The bill would bar unvaccinated children who don’t qualify for a medical exemption from enrolling in school.

The legislation previously stated that children in 7th grade and above would be grandfathered in, but after careful consideration, House Democrats said they have amended the bill to move that grade level down to kindergarten.

“When you add the two numbers together it’s pretty large," said Democratic Speaker Matt Ritter, "I want to be a consistent person in how I approach these things. Do I have disappointed people in our caucus that [the grandfathered in grade level] is not going to be 7th grade? I do. A lot. Dozens of people. Probably more. Probably half the caucus is disappointed in that regard”

While Republicans are against pulling kids from school, Leader Vincent Candelora says this amendment could draw more Republican support.

“If the amendment is called, I think it would get some Republican support because people are concerned. Otherwise, children would be thrown out of school next year. I think that is an overriding concern for every individual. Politics and policy aside I don’t think any child should be denied a right to an education” said Candelora.

Republican leaders are hesitant to pass a bill that could potentially kick thousands of children out of school and said Democrats are pushing this along too fast.

“This bill has been around for four years. Despite our attempts to try and negotiate the bill, the majority, the Democrats have decided to take a sledgehammer to this bill as opposed to something more gentle” says Republican Leader Vincent Candelora.

If the bill succeeds, the exemption would be removed starting September 1, 2022, which means families could continue claiming during the 2021-2022 school year, but not beyond that.

The Senate is also debating its version of the bill.

The bill would need to pass through both the state House and Senate. Gov. Ned Lamont has already said he would sign the bill into law when and if it reaches his desk.