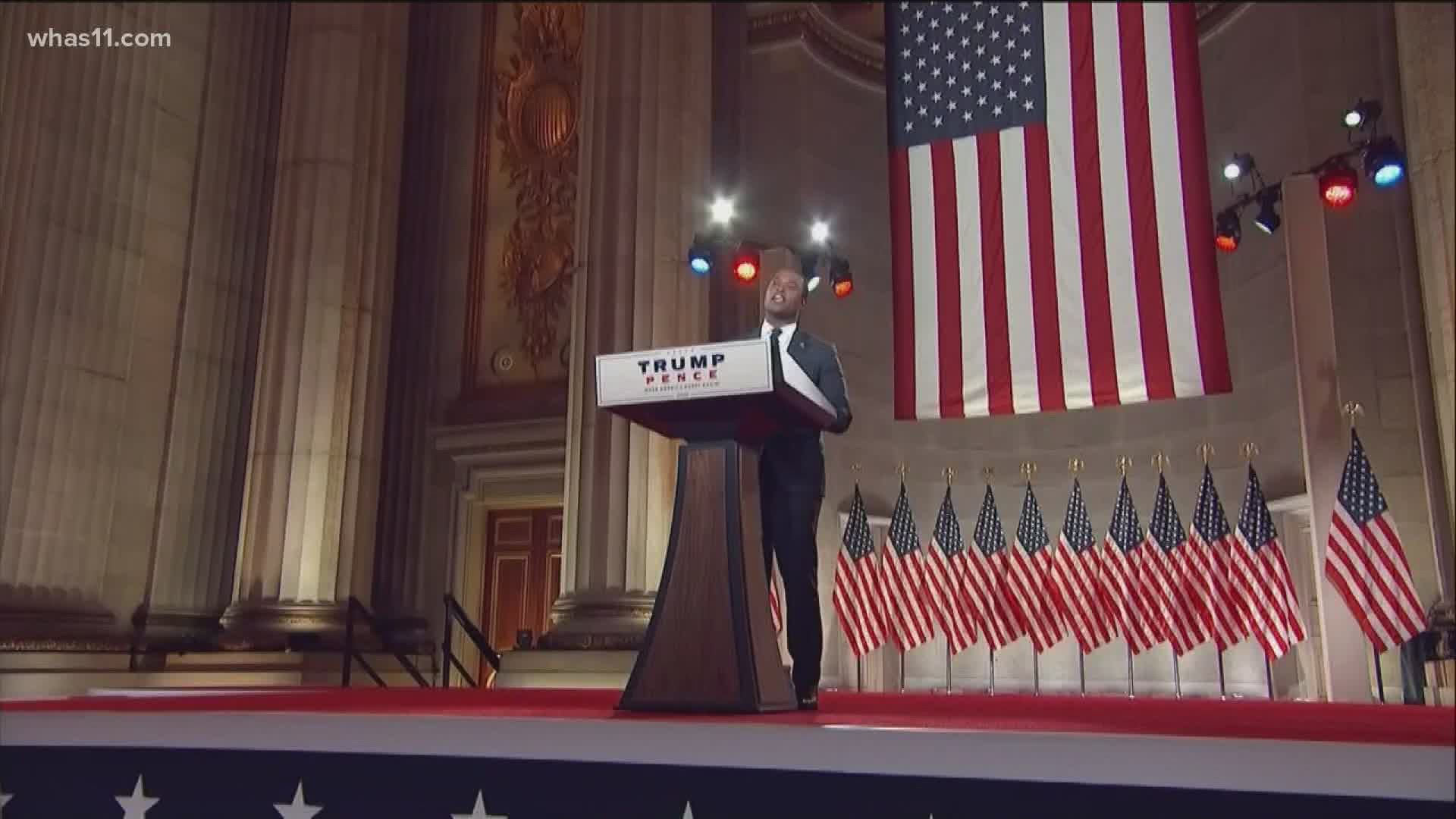 LOUISVILLE, Ky. — It was the most important speech of his career, and it got a lot of attention. Kentucky Attorney General Daniel Cameron addressed the Republican National Convention Tuesday night to praise from his party and criticism by those waiting for results of the Breonna Taylor Investigation.

Cameron’s office is handling the investigation of Breonna Taylor, shot to death during a police raid on her Louisville apartment in March. Many are beyond frustrated with waiting to learn whether LMPD officers will be charged.

Citing President Dwight Eisenhower, General Cameron said his party recognizes fairness for all before the law.

“Whether you are the family of Breonna Taylor, or David Dorn, these are the ideals that will heal our nation's wounds," Cameron said. “Republicans will never turn a blind eye to unjust acts but neither will we accept an all-out assault on western civilization.”

Some protesting at Cameron’s home and in the streets have wondered whether he has forgotten the Taylor case.

Taylor's mother responded to the speech with a statement, “It was nice to see him using a national platform to remind those watching the Republican convention of my daughter’s name. I hope the next time we see him he’s telling the country he’s charging all officers responsible for my daughter’s death and is committed to getting her overdue justice.”

Cameron’s name was a top search item after the seven-minute address.Twitter lit up with praise by Republicans and criticism by some in the Black community that he would be stumping for President Trump while everyone awaits word on the Taylor case.

General Cameron also delivered a criticism the GOP has wanted to level on Joe Biden connected to comments made in a radio interview.

“If you're aren’t voting for me, you aint black," Cameron cited Biden, “Who argued that Republicans would put us back in chains, who says there is no diversity of thought in the Black community. Mr. Vice President, look at me, I am Black. We are not all the same, sir. I am not in chains. My mind is my own and you can't tell me how to vote because of the color of my skin.”

Longtime ally, Sen Majority Leader Mitch McConnell, praised the moment that reminded some of Barack Obama's 2004 speech to the Democratic National Convention. In four years, Obama went from little-known state lawmaker to US Senator then President.

What Daniel Cameron does next is anyone's guess, but in his first line Tuesday night he mentioned being 34 years old. You must be 35 to run for president.