Bloomberg served for 12 years as New York City's mayor. The entrepreneur and philanthropist joins several others in a crowded run for the White House. 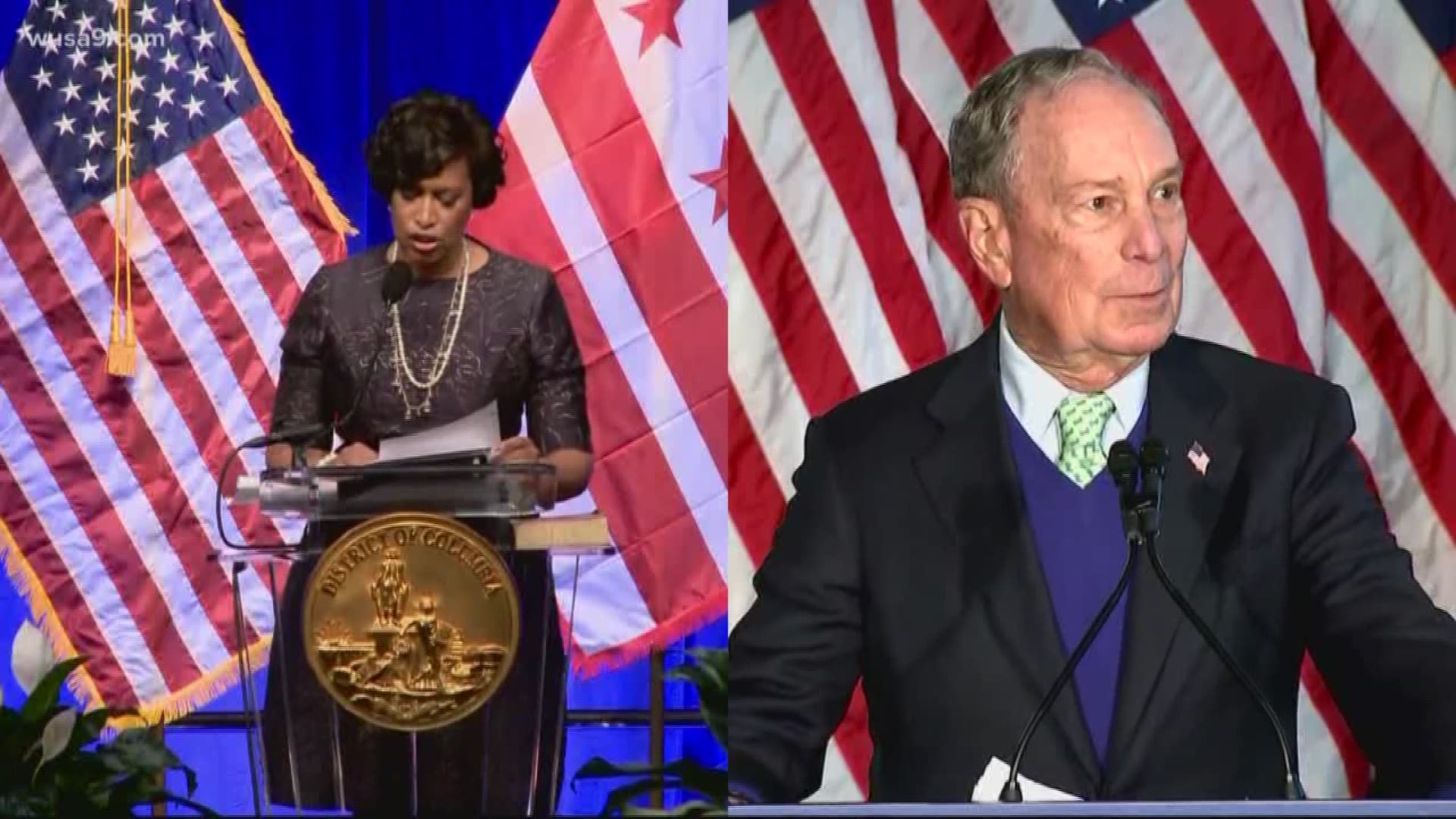 "We can resolve our most pressing problems if we have the right leader to turn innovative ideas into reality. Mike Bloomberg is a problem-solver with a proven track record of getting things done. He's a mentor and friend and I'm proud to endorse him for president," Bowser said in her tweet.

Bloomberg on Thursday will meet with local leaders and deliver a speech on affordable housing during a visit to the Atlas Performing Arts Center in D.C.

The Democratic presidential candidate served 12 years as New York City's mayor. The entrepreneur and philanthropist joins several others in a crowded run for the White House.

RELATED: Who is running for president in 2020?

President Donald Trump, who faces an impeachment trial, also faces a challenge from within his own party in the 2020 race. Bloomberg is among a dozen Democrats who remain in the race for their party's presidential nomination to take on Trump in the 2020 elections.

According to Bloomberg's website, "One of Mike Bloomberg's earliest memories took place around his family’s dining room table in the middle-class neighborhood of Medford, Massachusetts. His father -- a bookkeeper at a local dairy who never earned more than $6,000 a year in his life -- sat down and wrote out a $25 or $50 check to the NAACP. When Mike asked him why, his father responded, 'Because discrimination against anyone is a threat to everyone.' With that simple act and that simple explanation, Mike’s father taught him one of his most important lessons: We're all in this together -- and if you have an opportunity to help, you have an obligation to act."

A formal endorsement announcement by Bowser is expected Thursday afternoon, according to the Washington Post.