Democrats focus on MN ahead of super Tuesday

Despite trailing in the Nevada caucus, Senator Klobuchar made it clear she's not going down without a fight. 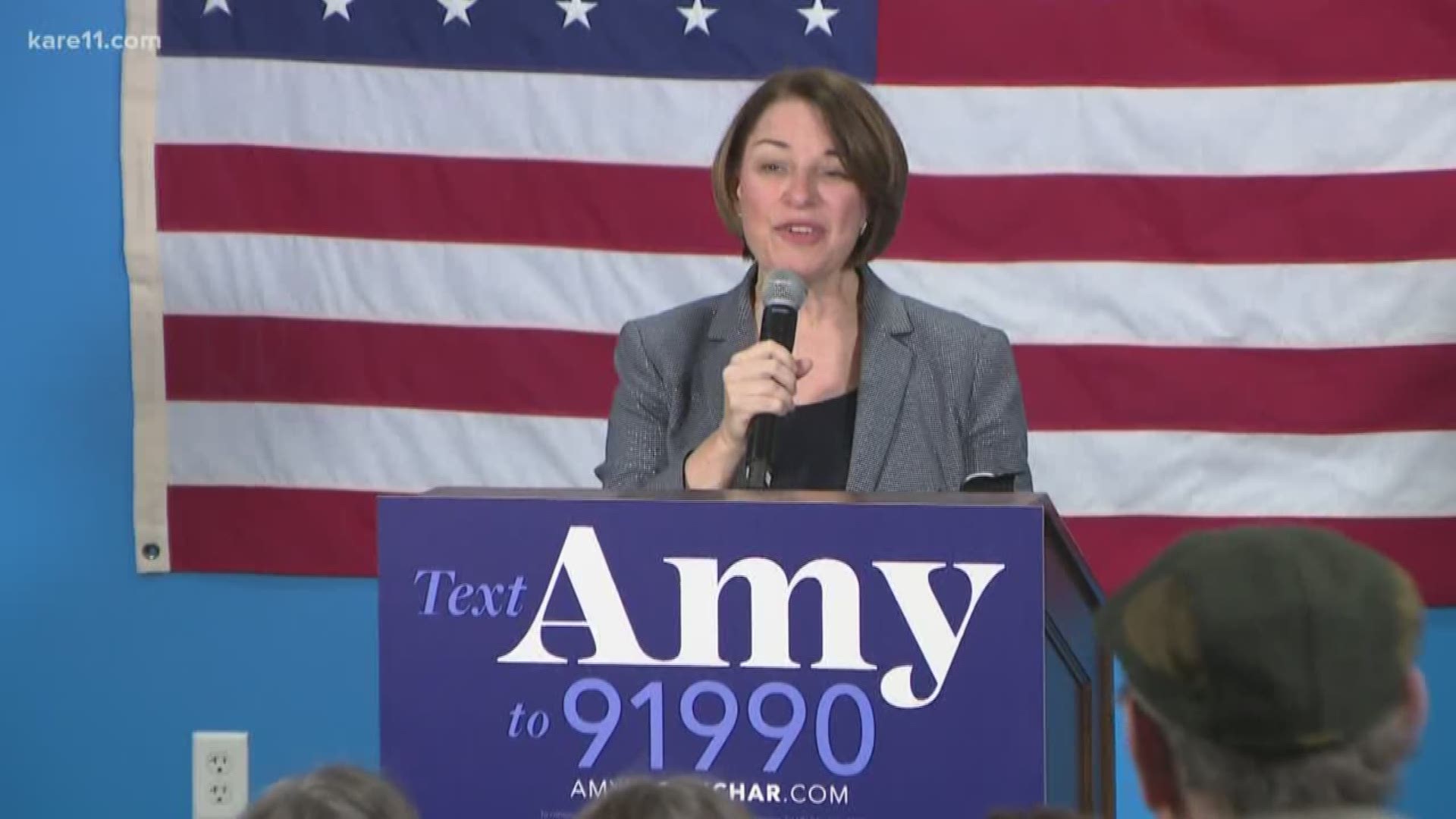 MINNEAPOLIS — To say the campaign trail is in overdrive would be an understatement as the democratic nominees inch closer to super Tuesday.

"I think we have exceeded expectations. I always note that a lot of people didn't even think that I would still be standing at this point," said Senator Amy Klobuchar.

In front of a packed out room full of volunteers for the Klobuchar camp in Minneapolis Saturday, despite trailing in the Nevada caucus, Senator Klobuchar made it clear she's not going down without a fight.

"Because of you we have proved the naysayers wrong every single time, I have won every race, every place, every time," said Klobuchar.

Her goal leading up to super Tuesday? Leave no one behind.

"We don't want to shut people out we want to bring people with us," said Klobuchar.

Across town Saturday, the Minnesota for Pete team of volunteers also vocalized their support for their candidate gearing up for super Tuesday, with one mission.

"To get out the vote to do early ballot casting make phone calls and knock on doors. For Pete's sake its time that we come together in a country with what unites us, what brings us together with a common vision," said a Pete supporter.

While there may be division among the heavy hitters in the Democratic Party, regardless of which side of the argument they might be on, there's one thing democrats can all agree on.

"The rule of law cannot tolerate four more years of a president who thinks he's above it," said Senator Klobuchar.

Aside from Klobuchar and Buttigieg stepping up their game here in Minnesota ahead of Super Tuesday, Minnesota for Warren is set to hold an early voting event this coming Wednesday and Vice President Mike Pence and his wife will be in town for a Keep America Great Rally on March 5th.