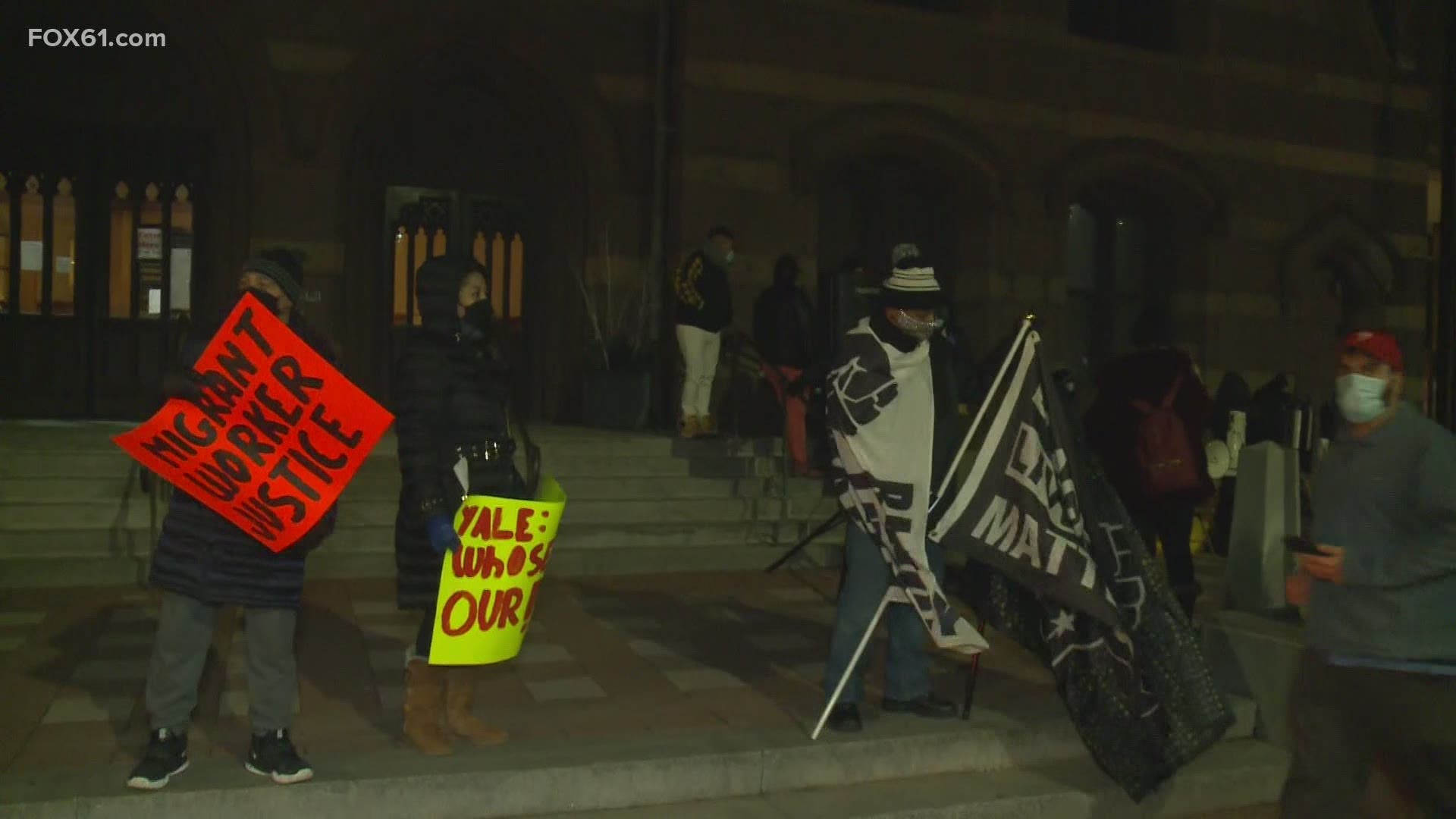 NEW HAVEN, Conn. — Multiple faith and social justice leaders say the Rally held at Elm City’s city hall is meant to symbolize support for President Joe Biden’s inauguration and signify the inauguration of working together with local leaders for social and economic justice.

More than 15 different organizations came for the “People’s inauguration” as President Joe Biden and vice-president Kamala Harris were sworn into the nation’s highest office, but people in front of New Haven’s city hall say we still have a long way to go as a country.

From the car caravan to the rally people say what they’re protesting will not only be holding national leaders accountable but state officials as well.

Eric Maroney said, “While a new president was inaugurated today, we know we are going to continue to have to push on him in order to get the kind of progressive change for working people and depressed and exploited people.”

“The knee has been on the necks, our necks for too long and we’re here to say take it off we need real relief, we need the rent to be canceled, we need utilities to be canceled. We need our schools to be cleaned!” said Catherine John.

As far as the city of New Haven goes changes were promised to be made.

Mayor Elicker said, “ The United States has a history of not welcoming every immigrant, therefore we have a lot more work ahead.”

No matter what anyone was shouting, advocating, or protesting, all of those present hope that the Biden administration can bring real change going forward.

John said, “I think with Biden knowing what he has seen and personally endured he knows he is going to be held accountable and that’s why we are here ... this is one of many steps, he knows it... no more excuses.”