Collins has been a forceful backer of President Trump in the House. 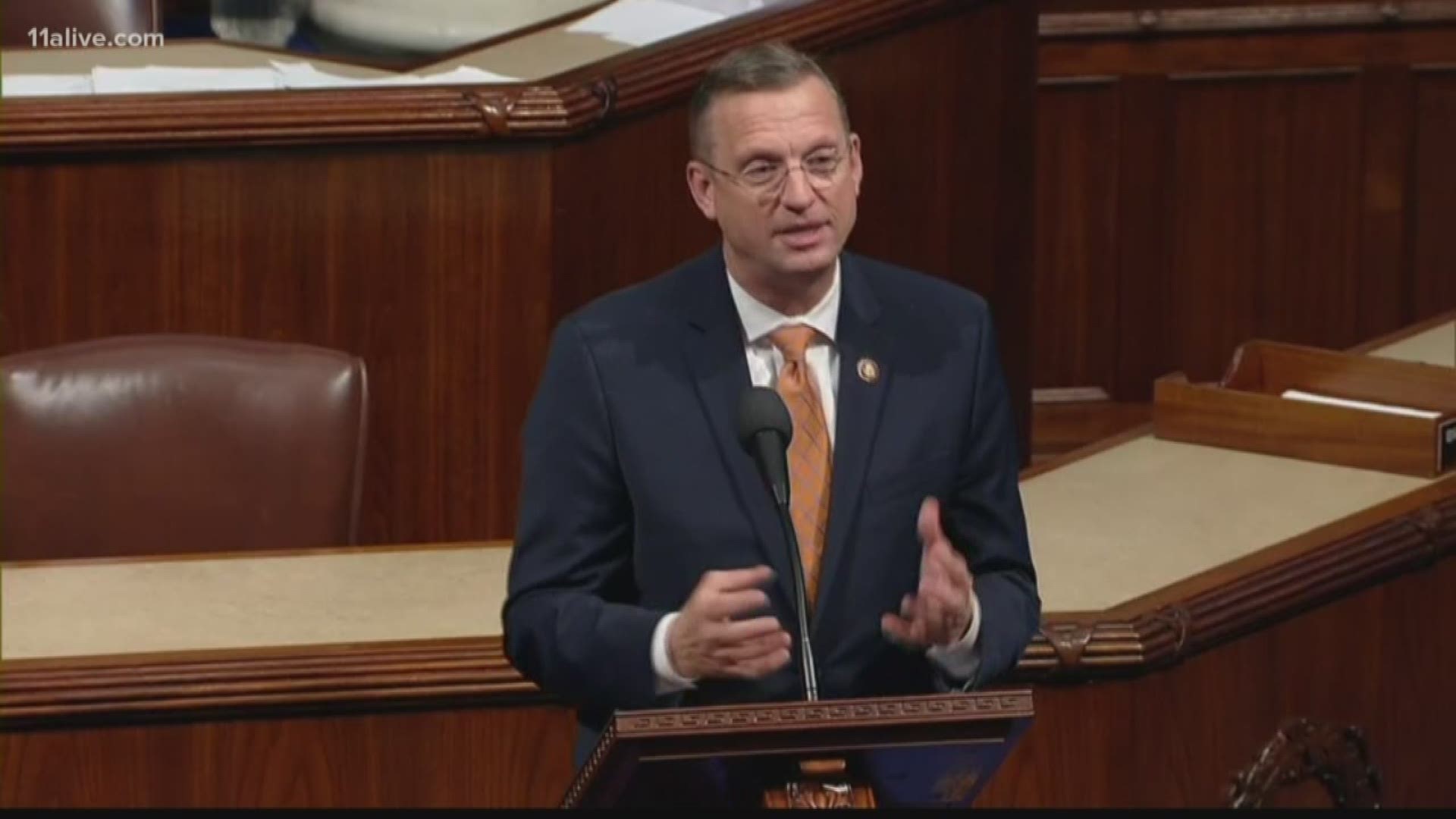 ATLANTA — Rep. Doug Collins announced Wednesday morning he will be making a run for Senate against incumbent Sen. Kelly Loeffler.

Loeffler was appointed earlier this month by Brian Kemp to fill the seat of Johnny Isakson after the long-serving Georgia senator retired at the end of December.

Collins has been a forceful backer of President Donald Trump in the House of Representatives and was reportedly the president's preferred choice to fill Isakson's seat.

"For months, I have given serious deliberation to the role I should serve that would best benefit Georgia, the country and President Trump," Collins wrote on Facebook. "After careful consideration, I have decided that serving in the U.S. Senate would be the best place to do that."

The November special election will fill the remaining two years of Isakson's term.

"As a pastor, husband, father, and veteran, I am ready to be the voice for the forgotten men and women in America," Collins wrote in his Facebook post. "President Trump needs more staunch allies in the U.S. Senate and I stand ready to claim that position. As a lifelong conservative, you can be sure I will stand up for you on the Senate floor."

Editor's note: This story has been updated to correct the district Collins currently serves.

Man tortured by gang members, skull 'depressed' in one the most brutal murders in Atlanta